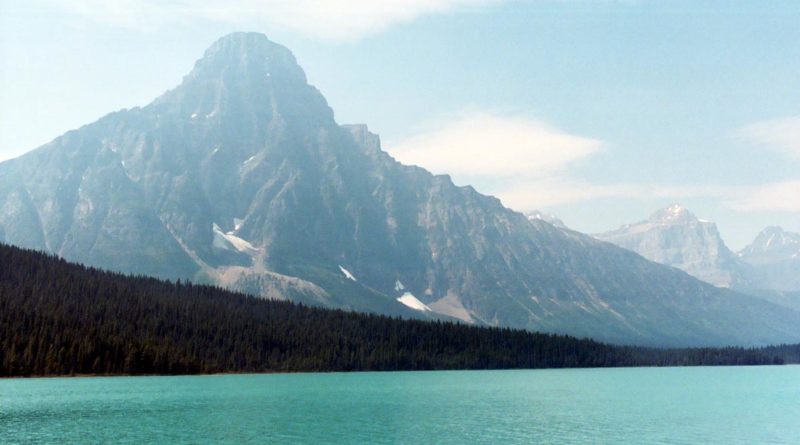 Canada is the world’s second largest country after Russia. It is simply enormous, measuring almost 4 million square miles, or nearly 10 million square kilometres in area and has more lakes and inland waters than any other country.

Some of the lakes are so huge that you can stand on the shore and imagine you are standing at the edge of an ocean. The provinces are so vast that it can take over 24 hours to drive from one border to the next. And all this space is home to around 32 million people, little more than half the population of the United Kingdom. Most are concentrated within 160 km of the US border.

Canada is renowned for its stunning scenery, which attracts millions of visitors every year. Landscapes with vast plains, towering peaks and great glaciers, bordered by vast oceans to the west, north and east. A big country and home to big animals: grizzly bears, moose, polar bears and humpback whales. A paradise for photographers.

Canada was inhabited by various groups of aboriginal people for thousands of years before the British and French began to settle the country in the late 15th century. It is now a parliamentary democracy and a constitutional monarchy with Queen Elizabeth II as its head of state.

Canada has two official languages: English and French. Approximately 58% of people speak English only, 22% French only, 17% speak both and the remaining 3% speak various aboriginal languages. Quebec has a strong French-speaking identity and distinguishes its culture from the English Canadian culture.

Canada is one of the world’s wealthiest nations and one of the top ten trading nations. The major importers of Canadian goods are the USA, UK and Japan. The country’s natural resources, such as oil and timber, provide its inhabitants with an enviable standard of living.

The biggest problem for the visitor to Canada is deciding where to go. Here are just a few of the options:

In the north is Hudson Bay, where you can see polar bears and beluga whales, or some of the 300 species of birds. There are 110,000 lakes in Manitoba, which are perfect for fishing, hiking, or just photographing. The city of Winnipeg is steeped in history and was once the centre of the fur trade. It offers 30 museums and 100 ethnically varied restaurants. The Royal Winnipeg Ballet and the Winnipeg Art Gallery add to the cultural experience of Manitoba’s capital city.

With the Rocky Mountains to the west, Alberta is one of the most stunningly beautiful provinces in Canada. It offers both prairie grasslands and lakes and mountains in summer, and skiing at six Rocky Mountain resorts in winter. Its largest city, Calgary, hosts the annual “Stampede”, a festival originally based around rodeo, but these days including a parade, shows, concerts and an industrial exhibition. Claiming to be ‘The Greatest Outdoor Show on Earth’, the Stampede is televised throughout Canada. The state capital, Edmonton, has a smaller population than Calgary, but is the seat of government for the province. Situated on the North Saskatchewan River, Edmonton has to have plans in place to cope with winter snow to keep the city moving safely. A local law governs when the government will clear snow, and residents must clear their own portion of sidewalk. Edmonton Valley Zoo is one of the city’s main attractions (opens every day except Christmas Day). Banff is worth a visit for its National Park, and Jasper is a delightful small town further north with its own National Park and skiing centre. Finally you should not miss the chance to see the Northern Lights while in Alberta. The Aurora can be visible any night from September to mid-May from the Dark Sky areas of Wood Buffalo and Jasper National Parks.

Universally known as “BC”, this is the most westerly province in Canada and it contains the wild and exciting Pacific Rim National Park. Vancouver was voted the best city in the world to live in by its residents, and Victoria on Vancouver Island is charmingly reminiscent of British Victorian Colonial life. The train called “the Rocky Mountaineer” runs daily through the Rockies – a spectacular journey that gives you the chance to take some beautiful photos from the observation cars. Go whale watching from Victoria, or visit a winery in the Okanagan Valley; ski at Whistler, or learn about the “gold rush” in Barkerville; experience First Nation history and culture at numerous sites in BC: this province really does have something for everyone.

Other regions and cities of Canada are well worth a visit too: don’t miss the multi-cultural city of Toronto, capital of the province of Ontario (the largest province, with the largest population), or the Niagara Falls in the same province. Quebec Province’s capital, Quebec City, the only walled city in North America, offers French culture and dining, and is a wonderful place to visit if you like history. Saskatchewan and the Northwest Territories allow you to really experience the vastness of Canada in completely different landscapes. Montreal is modern and sophisticated, while Labrador in the far north is one of the last great wildernesses in the world. Finally, there is Newfoundland, said to be one of the most charming places to visit in all of this great nation.

In fact if you spent your whole life exploring this varied and endlessly fascinating country, you would not run out of new and exciting places to visit and take Canada Picture!

Again there is so much choice that it is a matter of personal preference whether to fly, drive yourself or take a bus or a train. Or how about renting a motorhome? Air Canada is the largest carrier and flies to 150 destinations in the country. Westjet is a low cost airline based in Calgary and flying to cities throughout Canada. Porter Airlines flies mainly in eastern Canada, and a number of small local airlines serve remote destinations. VIA Rail Canada offer some awesome trips, such as the sleeper trains called “The Canadian” (Toronto to Vancouver), “The Ocean” (Montreal to Nova Scotia along the St Lawrence River), and “Hudson Bay” (Winnipeg to Churchill).

Bus travel is the cheapest way of getting around and you see a lot, but be prepared for long journey times! The leading bus company is Greyhound Canada, operating between Montreal and Toronto (10 hours) and Toronto and Vancouver (70 hours) and many other destinations.

In addition to the worldwide brands, Canada and the US have a number of hotel chains that European travellers may not have heard of, but which have hotels all over the country. Best Value Inn and Lexington by Vantage have over 1,000 hotels in North America; Omni Hotels and Resorts only have 60 hotels, but they number 21,000 rooms between them; and La Quinta Inns and suites has 84,600 rooms to let. Perhaps in this country of the great outdoors, the thing to do is rent a motorhome (called an “RV” in North America) and head off into the wilderness. There are numerous companies offering rented vehicles of all sizes, such as Canadian Affair, CanaDream and Campertravelcanada. But they are not cheap and you need to study the small print to see what is and is not included, and what restrictions there are. If you can afford it there are numerous RV sites in all the tourist areas, and they give (or sell) you firewood for the fire pit and picnic table so that you can fulfil the Canadian Dream and live the great outdoors life.