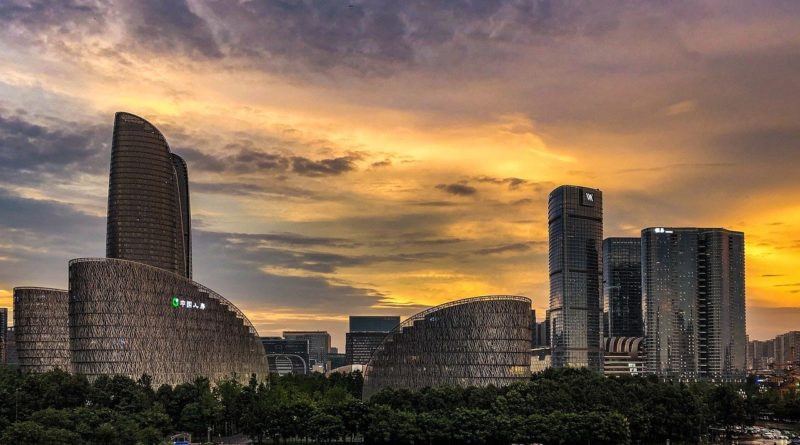 Chengdu is unique as a major Chinese settlement that has maintained its name mostly unchanged throughout the imperial, republican, and communist eras, which actually means that it kept the name from 5th century BC until modern times. According to sources, Chengdu was established as a city during the Waring States Period, by the ninth king of Shu’s Kaiming dynasty.

There is a theory about the Etymology of the name Chengdu, which is not accepted by modern scholars, but is still widely known. It says that the king gave the city its name in accordance to the statement by King Tai of Zhou that a settlement needed “one year to become a town, two to become a city, and three to become a metropolis”. As it is, the character for “cheng” may mean “turned into” while “du” can mean either a metropolis or a capital. The source for this theory is provided in the 10th-century geographical work “Universal Geography of the Taiping Era”.

Chengdu has three nicknames. There are two possible explanations for the first one, “Turtle city”. The first one, more likely to be the true one, is that the city got it’s nickname from the shape of the city walls, since they resemble the shape of the turtle when looked on the map. The second one is based on the legend that Zhang Yi, who was born in the Wei state during the Warring States period of Chinese history and was an important strategist in helping Qin to dissolve the unity of the other states and therefore pave the way for Qin to unify China, planned the construction of Chengdu’s walls based on following turtle’s tracks.

Second Chengdu’s nickname is “Brocade city” and it comes from times of Western Han dynasty (206BC-23AC), when brocade made in city’s factories was highly sought for amongst Chinese elite and imperial class. Chinese king opened an office In Jin Guan, which only task was overseeing production in Chengdu. At that time, Chengdu was called Jin Guan Cheng, which means “Official Brocade City,” or Jin Cheng, for short.

During the reigns of the Five Dynasties and the Ten Kingdoms (907-960), King Mengchang, King of the Later Shu Kingdom, ordered a hibiscus to be planted on the wall of the fortress surrounding the city. After that, Chengdu was nicknamed the “City of Hibiscus”. Today, the hibiscus is the official flower of Chengua City, but the last remains of the city walls were torn down during the 1960s along with the Royal Palace located in the city center. Today, there stands a statue of Mao Zedong.

The Chengdu population most often eats very spicy foods. Local specialties include Mapo Tofu, which is tofu set in a spicy sauce, typically a thin, oily, and bright red suspension, based on douban and douchi, along with minced meat, traditionally beef. Chengdu Hot Pot, which is most famous for the fact that the customer chooses almost every ingredient by him or herself, also usually very spicy, and Dan Dan Mien, actually meaning Dan Dan noodles, which are traditionally sold with just a small amount of very spicy sauce. Mapo doufu and Dan Dan Mien consist of Sichuan hot peppers and give the dish an extra flavor. Sichuan was in the year 2011 recognized by UNESCO as a city of gastronomy.

Chengdu is sometimes referred to as a “Chinese party city” because of its carefree lifestyle. Chengdu surpasses Shanghai in the number of tea houses and bars, despite having half the population of Shanghai. Amongst the people of China, Sichuan people, Chengdu’s citizens in particular, have the reputation for enjoying life. This fact should, maybe, be understood in the Chinese context.

Today, Chengdu is one of the most important economic, financial, commercial, cultural, transportation, and communication centers in Western China. Its economy is very diverse, from the machinery, automobile, medicine and food, to information technology industries. Chengdu Shuangliu International Airport, a hub of Air China and Sichuan Airlines, is one of the 30 busiest airports in the world, and the Chengdu railway station is one of the six biggest in China. The city will also host the Summer World University Games in 2021.

It is associated with the giant panda, a Chinese national symbol, which inhabits the area of Sichuan. For that reason, the city is home to the Chengdu Research Base of Giant Panda Breeding.