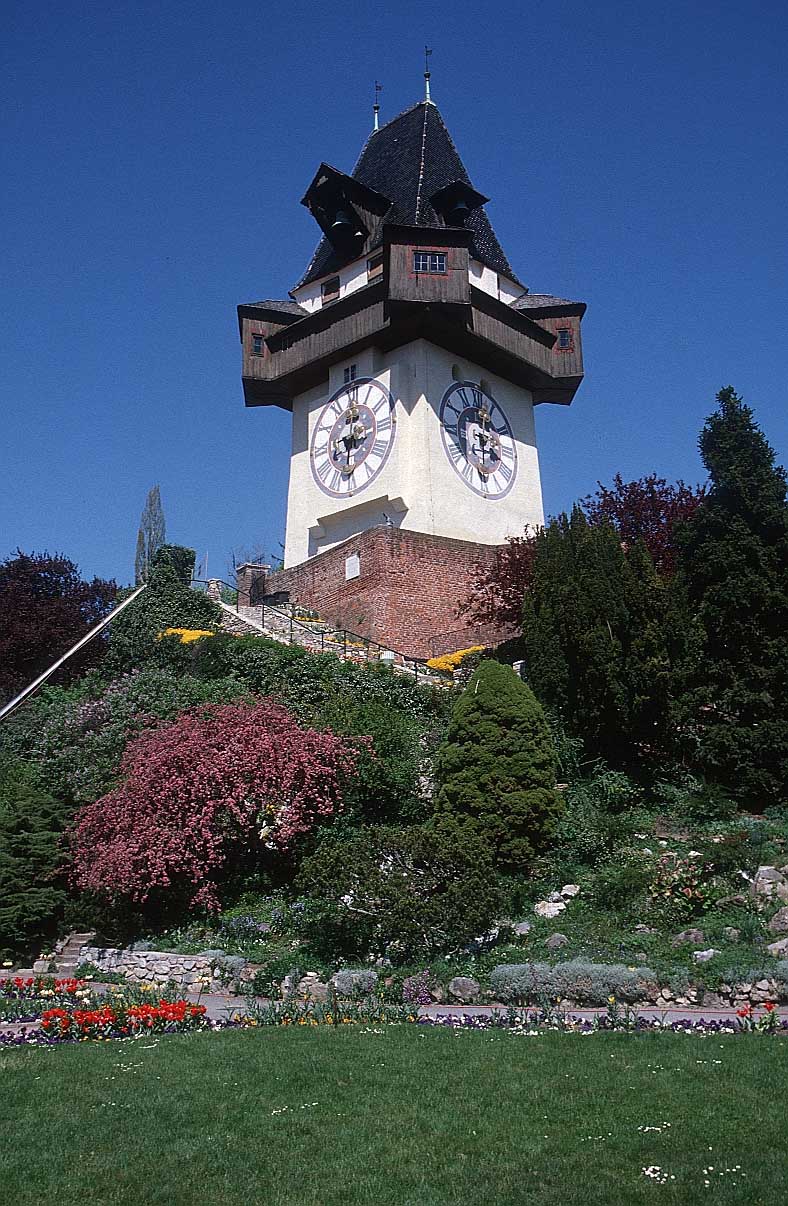 Graz, Austria’s second city, in the south east of the country, has the distinction of being the only city in the world with two UNESCO titles: ‘World Heritage Site’ for its architecture and mountain-ringed position on the River Mur, and ‘City of Design’ reflecting its cultural life. Graz was European Capital of Culture in 2003 and City of Culinary delights in 2008.

Starting life as a Roman frontier fort, this spa town became the home of the ruling Habsburgs. The remains of their fortress, Schlossberg Castle (open daily 24 hours, free admission) are set in a landscaped public park on top of the berg. Visitors wanting a great view of the Italian Renaissance style roofs and alleyways of the old town from the clock tower high above have three choices: walk up the winding steps of the Schlossberg, take the glass elevator, or ride the traditional funicular (there is a charge for the latter two).

Graz has so many museums that there is something for everyone. An interest in history is catered for at the Garisonmuseum (open May to October except Mondays), with its huge collection of uniforms and weapons; or if you prefer, try the Toy Museum for toys throughout the ages (open all year except Sundays). Other museums cover Natural History, Archaeology, Hunting, Agriculture, Coins, Folk Life and Media.

Graz’s gothic Cathedral (Domkirche), one of Austria’s finest buildings, is a great favourite with the many visitors to the city. The other chief architectural sights are the Opera House, the Town Hall and the Landhaus, a former administrative building. All these date from the 16th or 17th centuries, but there are powerful modern buildings too: don’t miss the amazing Kunsthaus Graz, known as ‘the Friendly Alien’ and designed by Peter Cook and Colin Fournier. It opened in 2003 as an exhibition centre for contemporary art from the 1960s to the present day (open Tuesday to Sunday 10.00 – 17.00).

If sculpture is your thing, the Austrian Sculpture Park four miles out of the city exhibits around sixty works by Austrian sculptors in seven hectares of gardens (open April to October except Saturdays, 10.00 to 20.00).

Graz is a cultured city where you should never be bored, and its resident population of around 250,000 is supplemented by 50,000 students at its six universities, giving it a youthful and lively atmosphere. With its perfect mix of old and new, Graz could be the ideal place for a long weekend.