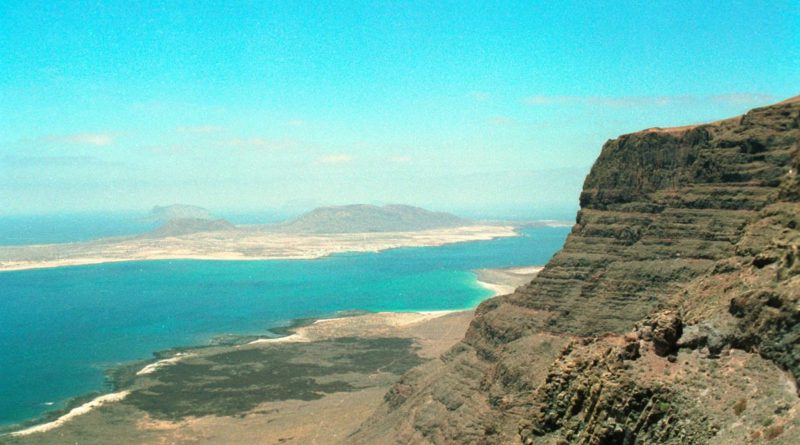 In 1994, Lanzarote was declared a Reserve of the Biosphere by UNESCO. Lanzarote lies in the Atlantic Ocean, about 100 km from the African coast and 1,000 km from the Iberian Peninsular. It is the most easterly of the seven main Canary Islands, once known as the Fortune Islands. Lanzarote was formed by a volcanic eruption about 15 million years ago, and has mountain ranges in the north and south, and desert lava fields abound. It claims to have the longest underwater volcanic tunnel in the world at over 7km long. The last volcanic eruption was in 1824. Its coastline of 213km (132 miles) is mostly rocky, but there are good beaches at Playa Blanca, Papagayo and Caleton Blanco.

Lanzarote has a population of almost 100,000 with most living in the south-central part of the island.

In earlier days, fishing and agriculture formed the basis of the island’s economy but these have long been overtaken by an excellent tourist industry. Considerable care has been taken to preserve the islands’ historical and cultural heritage together with its character and customs.

Owing to its advantageous position, the island enjoys an average all-year-round temperature of around 22ºC. Attractions include the Cave of Los Verdes, a complex cave system formed by lava flows, the Casa Museo of the traditional family farming techniques of the island, and the Wine Museum of Lanzarote, housed in 18th century cellars (open daily at 10.30, tours include a free wine-tasting). For families there is the Guinate Wildlife Park and Penguin Paradise at the foot of Mount Corona in the north. Birds, animals, reptiles and fish inhabit the gardens, waterfalls and ponds, and there is a parrot show in the indoor theatre. A special underwater viewing pool for penguins allows you to watch and photograph these charming creatures’ aquatic behaviour. (Open daily 10.00 till 17.00)

Leisure activities in Lanzarote revolve around sport and the sea. There are currently two golf courses, both par 72, 18 hole courses. There are plans for further courses to be built, taking advantage of the ideal climate. Water sports opportunities include some of the best diving in the northern hemisphere, with an abundance of wrecks, underwater caves and clear waters; windsurfing from April to September with the trade winds; sailing, with the chance of seeing flying fish, turtles, dolphins and whales; and game fishing for marlin, tuna, sting ray and shark. Surfing is concentrated on the north coast, where great conditions are experienced between November and March. For those not sports minded, or to relax after activity, Lanzarote offers a lively nightlife, with plenty of restaurants and bars in all the main resorts. Discos and clubs are not as boisterous as in Tenerife or some Balearic Islands, though a new Club 18-30 in Puerto del Carmen may make a difference! For shopping, the Duty Free Tax status means that you can stock up on cheaper cigarettes, perfumes and alcohol, and it is worth knowing that camera, DVD and electronics shops will haggle over the marked price! Then there are the markets selling local farm produce or tourist souvenirs and arts and crafts, most of which can be reached by bus, and some of which take place in the evening.

There are only six main resorts on Lanzarote, and all have a variety of hotel and self-catering accommodation, but choosing the right one for you could make a big difference to the enjoyment of you holiday. The biggest and busiest is Puerto Del Carmen on the east coast. It has the largest beach on the island and numerous shops, bars and restaurants. It has plenty of nightlife, but also a picturesque fishing port in the old style, where you can eat fish in a variety of restaurants. Three kilometres from Puerto Del Carmen is Los Pocillos, with one of the largest beaches on the island. This is a relatively quiet resort, but with plenty of restaurants, bars and shops. Also really an extension of Puerto Del Carmen, which is only five minutes away, is Matagorda. Another quiet and relaxing resort, staying in Matagorda allows you to visit the excitement of Puerto Del Carmen if you want to. Second in order of popularity comes Playa Blanca, once a small fishing port on Lanzarote’s southern tip, and now a low-density resort of mainly bungalows and villas, with a few large luxury hotels. The town beach is small and gets crowded, but there are two more beaches to the east and west which are within easy walking distance. Although not having nightlife to the same extent as in Puerto Del Carmen, Playa Blanca has plenty to offer and is slightly more upmarket, especially at the Marina Rubicon end of the resort. From Playa Blanca you can take a 20 minute ferry trip to the neighbouring island of Fuerteventura. Costa Teguise, in the north east of the island, is the third resort in terms of numbers of visitors, but is number one for peace and tranquillity, along with luxurious hotels and a wonderful white beach. It has the original golf course on the island, as well as a water park. Lastly there is the capital and largest town, Arrecife, where you will find most of the historic sights and modern businesses of Lanzarote. Shopping is good in the main street, boosted by cruise liners coming into nearby Puerto Los Marmoles.