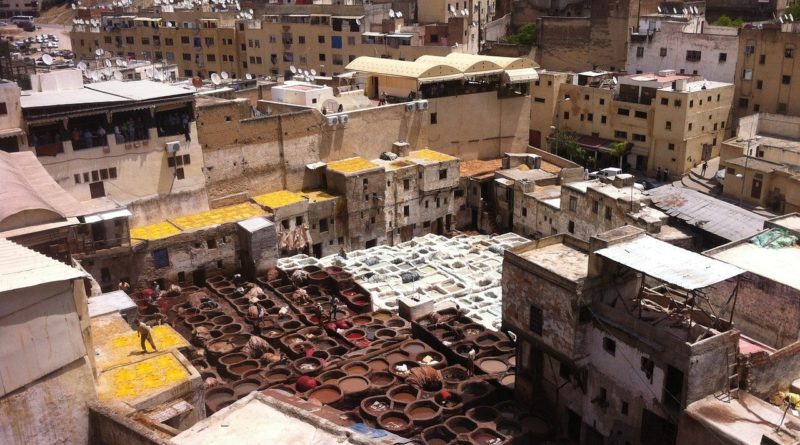 Some people like to travel to distant places without knowing anything about them and be completely surprised by the, hopefully, pleasant experience, but the rest of us, let’s put it like that, like to know where to look for surprises before we get to the place. Morocco is full of surprises and the first one might be that the center of the city looks like it got stuck in time centuries ago, or that you just went through a time machine without realizing it. Now, after that first and obvious one, you might need some help with navigating your way to the rest of them. Let’s go!

You just stepped into a Fez Medina, the oldest part of the city and you can finally relax, at least about the traffic. Moroccan medina has nearly 10 000 narrow streets, but luckily, they are car-free, so you can walk around careless free, although an occasional motorbike will zoom through the crowd, possibly near you. The entire medina is a UNESCO World Heritage site and the reason is obvious from the same moment you step into it.

Morocco has one of the oldest water clocks in the world. For those of you who don’t know what that is, as I didn’t know before, it is a clock that has a mechanism inside of which a constant stream of water makes the clock move and showtime. How exactly? Well, apparently, nobody knows! There is a general idea, of course, but due to the lack of documentation (the clock was built in 1357) and the collective memory, it is very hard to understand how the clock worked, so the mechanism was disassembled in 2004 and is still being reconstructed.

One of the most interesting (and free!) things to do in Morocco is watching the leather being died in Chouara tannery. The tannery is almost a thousand years old and everything in it is being done by hand because the tanning process hasn’t changed since medieval times. The tannery produces high-quality leather goods that are being sold all over the country and made into beautiful handbags, shoes and other products. However interesting the process may look, you might want to bring a scarf with you (and probably put some perfume on it before you go to the tannery), because the smell in there isn’t pleasant.

In case you haven’t figured out for yourself, the world-famous hat called Fez got his name because up until the 19th century the town of Fez in Morocco was the only place in the world where it was produced. It is not like that anymore, because today Fez hats are also produced in Turkey and France, but why shouldn’t you buy the Fez hat produced in the city of Fez? Especially when they are said to be the best in the world.

Fez is home to the second-oldest university in the world, so you might want to go and pay it a visit. It was founded as a mosque, which was, at that time the largest one in Africa, by Fatima al-Fihri in 859AD. In the following years, it became one of the leading spiritual and educational centers of the historic Muslim world. Such educational centers are called madrasa and al-Qarawiyyin madrasa changed its status and organization into a modern state university system in 1963 and its name into University of al-Qarawiyyin, two years later. Women were first admitted to the University at 1940. Education at al-Qarawiyyin University concentrates on the Islamic religious and legal sciences, although lessons on other non-Islamic subjects are also offered to students.

It’s required in Fez for every neighborhood to have a mosque, along with a bakery, a school, and more. Because of this requirement, Fez has over 300 mosques which can be seen from different viewpoints throughout the city. If you decide to visit one of them, the best idea is to ask one of the tourist agencies if they can organize it, because most often it is not customary that you enter a Mosque without being accompanied by a Muslim.

During your stay in Morocco, there will be days without a plan. Use them to wander through Moroccan souks filled with colorful rugs, silver trinkets, vintage artifacts, potteries and leather goods made right in the city. If you wish to take a photo of something you find especially intriguing bare in mind to always ask the vendor if you are allowed to take the photo because not all of them are comfortable with pictures of their goods or themselves being taken.