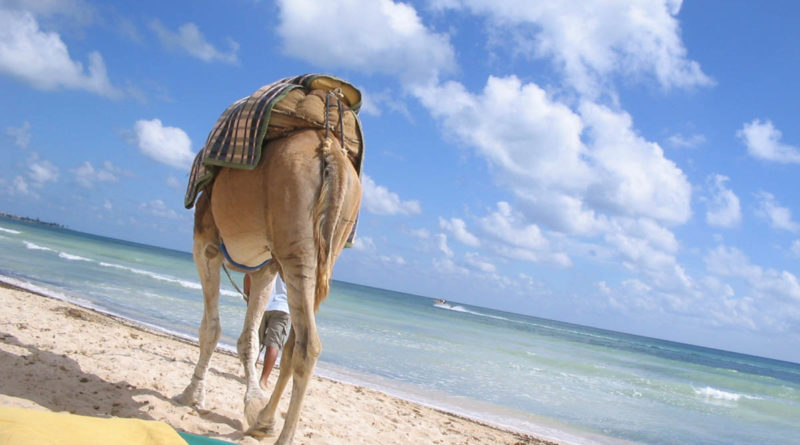 In the search for new surprising locations, make sure to visit Djerba, the largest island of North Africa, located in the Gulf of Gabès, off the coast of Tunisia. Tunisia has sought UNESCO World Heritage status protections for the island, citing the long and unique Jewish minority’s history on Djerba. Legend has it that Djerba was the island of the „lotus-eaters“ where Odysseus was stranded on his voyage through the Mediterranean sea. Its largest city is Houmt Souk on the northern coast of the island, with a population of around 65,000. Djerba has hot dry summers and mild winters. Summer daytime temperatures regularly reach very high levels.Most tourism is focused on the largest city, Houmt Souk, where the Borj El Kebir castle is located, The commune and port of Ajim in the southwest corner of the island and its surrounding areas were used as filming locations for Star Wars. Tourists can visit buildings featured in the original movie, including Obi-Wan Kenobi’s house and the Mos Eisley cantina.

With its unusual maze of narrow streets lined by picturesque white houses and shops selling colorful ceramics, the Old Town of Houmt Souk (the main town in Djerba) was made for strolling. Traditional handicrafts in this part of souk streets include Berber jewelry, textiles, traditional shoes, brass and silverware, leather goods, and piles of hand-painted pottery. It’s a sight that few resist. Others give away to their love for shopping. When you finish your wandering through the streets, for the day, head to the tiny harbor, where pastel-colored boats gracely float on the Mediterranean, to capture a sense of Houmt Souk’s fishing village past.

Bordj el Kebir is located in the north of Houmt El Souk near the fishing port. It is also known by the name of Borj El Ghazi Mustapha, which comes from the Qaid who settled in Djerba in 1559 and extended the castle to its known proportions. This is the largest and best-preserved local castle and is one of the most visited historical sites on the island. Bordj el Kebir was built in the end of the 14th century on the ruins of the ancient Roman city of Griba. Throughout history it was a settlement for different armies including Spanish and French. In 1903, it finally became a property of the Tunisian authorities who gave it the status of a national historical monument and transformed it into a museum in 1904.

A few of well-preserved fondouks  can be seen amid Houmt Souk’s alleyways. A lot of merchants came to visit Djerba in the old times and make their trades here and they needed a place to stay.  These once were merchant inns combined that sleeping quarters, animal stabling, and warehouse storage for the many traveling merchants who traveled through North Africa buying salt, spices, and textiles to take back to Europe. Their typical structure consisted of a series of rooms, several stories high, built around an arcaded courtyard. Today many of the fondouks in Houmt Souk function as boutique hotels or restaurants and have been carefully restored.

La Ghriba is Djerba’s most famous reminder of the island’s Jewish community, which has now disappeared. Although it is not particularly impressive from the outside and not even that old, because it was built in the 1920s, this site has a much older history. A local story says that a holy stone fell to earth here, denoting the site’s religious importance. The interior of the synagogue has fine paneling and contains important and valuable old Torah scrolls. Every year, 33 days after Easter, La Ghriba is the scene of the Maghreb’s (North Africa’s) most important Jewish pilgrimage.

The village of Guellala is Djerba’s main pottery center. The main street is packed with ceramic workshops displaying their products to tourists who come to visit Djerba. It is said that there are approximately 450 local potters living here, which makes it well worth visiting at least one workshop to get the feel for this ancient craft. The traditional Guellala ceramic products are unglazed storage jars, modeled on ancient amphora, but these days you can predominantly find brightly painted pottery.

The clay which is used by the potters is excavated from shafts up to 80 meters deep. It is then dried out for two or three days, and then broken up and mixed with water. Freshwater for red pottery and saltwater for white. The pottery is left to dry for 60 days before being fired for four days in semi-underground kilns, in which it remains for another ten days to cool gradually. If you’re in the mood for some authentic shopping experience while on Djerba, this is the place to go.