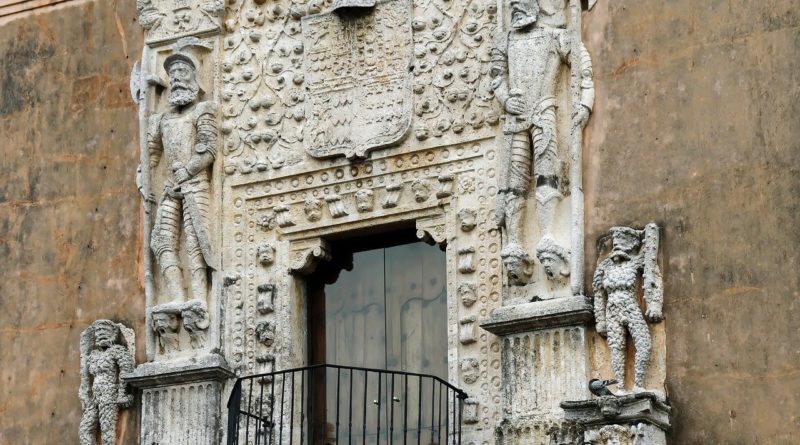 A visit to North American would be more enjoyable when you decide to have a stopover in Mexico- particularly at Merida, the capital city of the State of Yucatan. The city is rich in history and cultural heritage with a landmark of colonial edifices.

There are many things visitors can do and many places they can explore in the city of Merida. However, the town’s main center is the Plaza de la Independencia, which is enclosed by the fortress-looking Merida Cathedral and the pristine limestone Iglesia de la Tercera Orden- another Cathedral.

Merida is known for the unique colonial-era heritage and how the city has preserved the ancient architecture of the 16th-century buildings. For instance, the two churches that bordered the Plaza de la Independencia are developed with the old Mayan temples’ relics. Other places like the Casa de Montejo are historical centers to observe ancient plateresque architecture.

You can do so many things in Yucatan, from the cenotes and Mayan ruins to the capital city of Merida and other colonial towns around. Get ready for the drive- you won’t be disappointed!

The Mayan ruins are an archaeological center located about 30 minutes away from the southeastern part of Merida. Mayapan is a city that stands out among other nearby Mayan vestiges. The city houses over 4,000 original edifices covering 4.2 square kilometers.

In the olden days, about the 13th-15th century, Mayapan was a city with about 17,000 inhabitants. It was a hub of the Post-Classic Period of Mayan civilization with a protective city wall of about 9.1 km enclosing the city. The ruins of Mayapan include the ancient shrines, temples, halls with columns and oratories, and gates of different proportions.

Mayapan mostly has lots of tourists that come into the city every time of the year. It’s a sizable archaeological center that would interest visitors who have a knack for discovering ancient ruins.

Your visitation to Yucatan, Mexico, shouldn’t end in Merida because there are other villages that would afford the great experience you seek. For instance, the henequen plantation would hand you excellent detail of Merida’s past concerning the great boom.

Mainly, if you visit the southern village of Tecoh, where the Hacienda Sotuta de Peon is located, the town was one of the places that witnessed the 19th-century boom, here you would have a real picture of what a high volume plantation meant in that era.

You would enjoy a proper rustic life at this village where you will ride alongside farmers on a “truk.” The truk is the means of transportation on the farm; it comprises a moving wooden platform pulled by mules.

Similarly, you would enjoy your time in Sotuta de Peon among the lush vegetation of tropical flowers and swimming at cenotes.

Fantastic time at the X’batun cenote

With the vast numbers of cenotes available in the Yucatan for visitors to explore, the X’batun cenote remains one of the best. The cenote is about 50 kilometers down south of Merida. It’s a primitive cenote that requires visitors to navigate themselves through a 2.3-kilometer road.

The ovular shaped cenote is long with vegetation of different species of plants hanging down around the waters. It’s a beautiful scene to behold because of the waters’ varying colors, which could sometimes be aquamarine or even dark blue.

Once at the cenote, you would get to hire life jackets and other equipment you would use to snorkel. However, it will be best if you visit on weekdays to have a great time snorkeling among birds and fish.

Visit the Plaza Grande of Mexico

This is where you need to be if you want to experience modern life in the Mexican way. Plaza Grande is the main center of Merida, with buildings of varying sizes and shapes bordering the plaza. You would find the great ancient cathedrals, high-class restaurants, and different dancing shows to obtain pleasant cultural experience.

On Sundays, a large craft fair is held at the Plaza Grande, where you witness the cultural heritage of people with reckless abandon.

Though the park is not that known, it’s a place you would enjoy visiting more than once if you can discover it on time. The park is a quiet center with various shops and restaurants hanging around the corner. You can decide to have a taste of different Mexican delicacies at this park and even spend some money on fashion accessories.