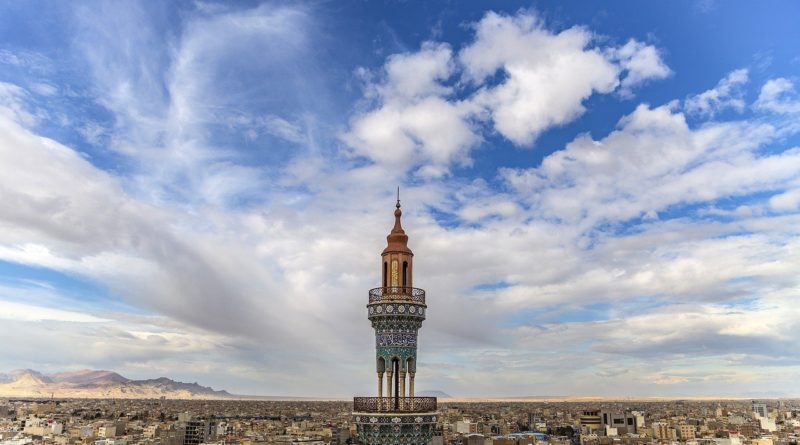 Basic facts about the city of Qom don’t give out much about the true meaning of this city for the history, or the modern times of Iran. Today, Qom is the seventh largest city in Iran and it is the capital of Qom province. It lays on the banks of the Qom river, nearly one hundred and forty kilometers to the south of Teheran. Qom’s prosperity comes from being a regional center of gas and petrol products as well as from being on the route of important gas and petrol pipelines that run through him from Bandar Anzali and Teheran to the Abandan refinery in the Persian Gulf.
Another contribution to the prosperity of the city is a large oil refinery that was built in 1956 between Qom and Teheran in which the oil from oil fields near the city of Sarajeh is being refined and made into different products.

Archeological discoveries indicate that Qom existed as a residential area from the fifth millennium BC. Pre Islamic remaining relics and historical texts suggest that Kom, as Qom was called before the Arab conquest of Iran, was a large city. The turbulent history of the city and the surrounding area continued from the earliest times until the 20th century when Ayatollah Khomeini chose Qom to be the base for his opposition to the Pahlavi dynasty.

Apart from being a lively business center, Qom is also considered to be a holy town for members of Shi’a Islam religion, as it is the site of the shrine of Fatimah bint Musa, or Fatima Masumeh, sister of Imam Ali ibn Musa Rida. Her brother gave her the title “Masumeh”, which means infallible or sinless. In Shi’ism, women either become saints by their own merits or because they are sisters, daughters, or wives of other saints. Fatima Masumeh is a saint because of her own holiness and wisdom. She is said to have been learned in various Islamic sciences and the teachings of Muhammad, and to have transmitted many hadiths from her family members. Fatima Masumeh is also a saint because of her closeness to her brother, the 8th Shi’i Imam ‘Ali al-Rida and her father, the 7th Shi’i Imam Musa al-Kadhim.
Twenty million pilgrims visit Qom each year, most of them being from Iran, but also Shi’a Muslims from all over the world, because many Imams declare that anyone who visits Fatima Masumeh’s shrine will surely go to heaven. Also, more miracles are reported to occur at her shrine in Qom than at the burial place of any other prophet or Imam.

If you decide to visit Qom, you might be confused by the sight of it. To a foreigner, Qom might sound like a wondrously looking desert town, resembling stories from Arab nights, but if you expect something like that, you will immediately be dispelled by the dusty route leading into the town and many uninspiring shacks and petrol stations that border it from both sides, slowly giving away to bland, featureless houses. However, once you find yourself near the shrine of Fatima Masumeh, its golden dome, mosaic tilework and minarets soaring into the sky will leave you in amazement. Don’t forget that if you want to visit the shrine, you need to be accompanied by a Muslim. The easiest way is to ask in the Tourist Office, which will organize the visit.

Following his reputation for being one of the holiest places for the Shi’a Muslims, Qom is well known for its many religious seminaries and institutes that offer advanced religious studies. There are an estimated 50,000 seminarians in the city coming from 80 countries, including 6,000 from Pakistan alone. Qom has seminaries for women and some non-Shia students, too. Most of the seminaries teach their students modern social sciences and Western thought as well as traditional religious studies.

Modern time Qom is best presented through two different modern-day facilities. The first of them is buried deep in the mountain, some 20 miles east of Qom. The “Fordow uranium enrichment facility”, where Uranium is being enriched up to 20% and is being used only for medical purposes only.

Second one is the Qom space center. One of the two places where the Iranian Space Agency is launching its suborbital Shahab-3 ballistic missiles.

Last, but not least, gastronomically Qom is famous for a Persian brittle toffee known as sohan, which is also a very sought for souvenir of the city. There are between 2000 and 2500 shops selling sohan, in the city of Qom.