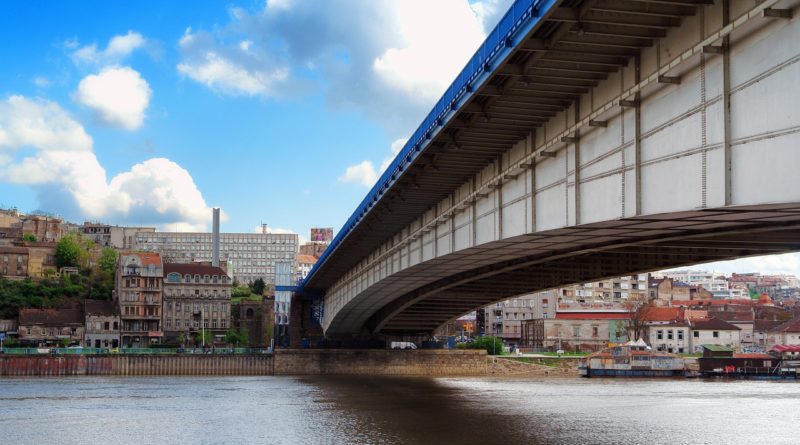 Belgrade is a tough place to describe. Most of the ex-pats living in the capital of Serbia often compare it to the desert planet of Arrakis from Frank Herbert’s Dune, because it seems somewhat desolate from the outside, but those who live even a short while can’t live without it for long.

The area which now comprises the city was inhabited well before modern humans came to the region, with some spearheads and bone tools dating as far back as 160.000 years BCE and were created by the Neanderthal tribes that hunted Mammoths roaming the Pannonia grasslands.

Most current residents of the city will agree that the history and culture of Belgrade can’t be known, but rather felt. We have some records, but as even written history knows that Belgrade was raised and rebuilt many times, most of the information has been lost to devastation.

Calling the location Kalemegdan Fortress is a bit of a pleonasm as ‘’Kale’’ in the name already refers to the fort, with ‘’megdan’’ meaning battlefield in Turkish, being that Ottoman Turks were the last to use its walls as a defensive feature.

The original structure, which now comprises the Upper Town, was built in 101 CE by the Roman Flavia Felix 4th Legion that came to the town some 15 years prior. While most current writers will cite that the fort was inside Belgrade, or Singidunum how it was called at the time, this is opposite to the truth.

The ‘Town of Singi’ was located in the current district of Vishnichka Banja, some 10 kilometers west of the fortress.

Over almost two millennia, the fortress was often built and added upon, with each culture owning it mixing in their own style; starting with the Romans, then the Huns, Goths, Visigoths, Greeks (Byzantines), Slavs, Hungarians, Turks, and finally Slavs once again in the 19th century.

Just a short walk from the Kalemegdan fortress, secluded in the historic Dorcol district, there is the Bohemian Quarter called Skadarlija because of the main street that goes right through it.

On a busy summer day, and especially night, you will be able to hear the music even from a few streets away. This music will range from international jazz to old evergreen music, both Balkan and international, to very lascivious folk music, depending on the level of intoxication of the audience.

The restaurants that are packed on both sides of the street have a concept of singing while you eat and drink. At any moment, provided that your purse is adequately lined, you can call the music to your table and order a song.

Just beware, regardless of which song you order, it will be ‘the most expensive one’.

Called after its larger London namesake, Hyde park seems to be very orderly, unless you make a wrong turn, finding yourself quickly in what would seem like a forest. Thankfully, if you follow any path for even a few minutes you will exit to two of the biggest streets in Belgrade, and the one connecting them.

Just at the end of the part, you will notice a large parking space with Yugoslav post-modernist symbolism plastered all over. That is the entry to the Museum of the History of Yugoslavia. The whole complex is popularly called the ‘’House of Flowers’’, even though that is the name only for a single building where the former dictator of Yugoslavia, Josip Broz Tito, is buried.

If you are to visit the museum in May or late November, you will see a lot of pilgrims from all over the world, especially socialist countries like China and Cuba, visiting the tomb.

The complex, aside from being a picturesque park, also has multiple sections dedicated to both the pre-communist Yugoslavia and the SFRY, its history, culture, and memorabilia. Ironically, this museum is financed almost exclusively by selling tickets and trinkets.

Ada is a Turkish word for an island and there used to be eight of these islands in Belgrade. Ada Ciganlija is the most popular of these islands, even though it is connected in three places with a land bridge, turning part of the Sava river into a lake.

This island is an oasis of nature and sports activities inside the city by day, while the daytime cafes become nightclubs once the sun sets.

And, off the north shore of the big island, there is a smaller one, only accessible by boat. If you are lucky enough to know someone with property on the Medjica Island, you may experience having a barbeque in nature, with only small huts surrounding you, and with modern sky rises of New Belgrade less than 500 meters away from you.

If you were to ask a native from the old part of Zemun if that is the most beautiful part of Belgrade, they will tell you that you are being ridiculous. Namely, for the locals, Zemun is not even in Belgrade, but a whole different city. And that is noticeable in the architecture, following a more Austrian tone than the rest of the capital.

There are many ways to experience Zemun, but for your first time, it is best to start with the riverside, taking a stroll until you find a restaurant where the music and smell of food will draw you in.