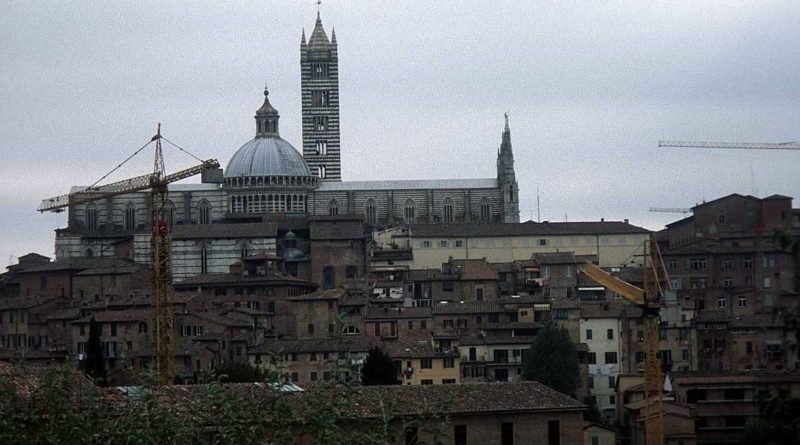 Italy is celebrated for its art and its art of hospitality – warm and welcoming. Italy is one of the most popular holiday destinations in Europe. A country for all seasons. Spring comes early and autumn lingers long. In winter, the Italian Alps offer superb scenery and skiing. Italy is definitely diverse, its natural scenery ranging from the sunny southern Alpine slopes to colourful Sicilian orange groves. Its historical background is just as varied and preserved in colourful folklore festivals. Italy and its islands can boast over 5000 miles of sunny shoreline with beautiful beaches and ideal water temperatures. And culture is always in season. Tour historic buildings and marvel at the world’s greatest art treasures.

Florence lies on the River Arno and is the birthplace of the Renaissance. Its entire centre is a UNESCO World Heritage Site. Don’t miss: the Uffizi Gallery (closed Mondays) to see some of the greatest Old Master paintings in the world; Michaelangelo’s statue of David; the uniquely beautiful Ponte Vecchio (old bridge) over the River Arno; the Duomo (cathedral), with its magnificent dome and amazing tiled floor; and the view across the Arno over Florence from the famous Boboli Gardens (and while you are there you can take in the Medici family’s Pitti Palace museum and gallery.)

Pisa is most famous for its leaning campanile, the much-photographed ‘Leaning Tower of Pisa’, open again now that its lean has been stabilised. It is 294 steps to the top. Don’t miss: the Piazza dei Miracoli, where you will find the leaning tower, the Cathedral and Baptistry, and many architectural and sculptural gems.

Siena: The red-brown stone of this medieval city throngs around Italy’s finest old square, the Piazza del Campo. Don’t miss: the Duomo – surely the most unusual and beautiful interior of them all; the Palazzo Publico (Town Hall), housing the Civic Museum showing many masterpieces; and the view from the top of the Torre del Mangia, one of the highest old bell towers in Italy. Do miss: the Palio, the ten-horse race round the Campo on the weekends of 2nd July and 16th August. Apart from the crowds, there is the issue of cruelty, with horses sometimes dying from falls on the slippery surface and tight turns.

Lucca is famous for its intact Renaissance city walls. Don’t miss: the walk round the walls (takes about an hour, or more if you get on and off to see other sights); the Guinigi Tower, with a large tree growing out of the top, can offer good views over the medieval city, but gets crowded at times; try the Clock Tower in Via Fillungo, which is less crowded and gives the best photo of the Guinigi Tower.

Assisi, the birthplace of St. Francis and pilgrim destination for hundreds of years, is a town in the province of Perugia which is another UNESCO World Heritage Site for its magical historic architecture. Don’t miss: the Basilica di San Francesco, which is actually two churches, a plain Romanesque lower church in the spirit of St Francis, and a Gothic upper church, full of marvellous art (guided tours lasting an hour offered from 9am to 5pm except Sundays); and four km east of the town are the caves where St Francis lived as a hermit in the early 13th century, the Eremo delle Carceri, which you can walk to through the oak woods.

Verona, a city in northern Italy, capital of Verona Province, in the Veneto Region, on the Adige River, is one of the most popular tourist destinations in Italy. Don’t miss: Juliet’s Balcony (which you can see for free) and her house and museum (for which you pay) – but don’t forget Romeo and Juliet are fictional characters in Shakespeare’s play! – ; the Roman amphitheatre, which still hosts performances in summer; and the medieval Lamberti Tower which gives an excellent view over the town from 84m up (lift 1 euro extra).