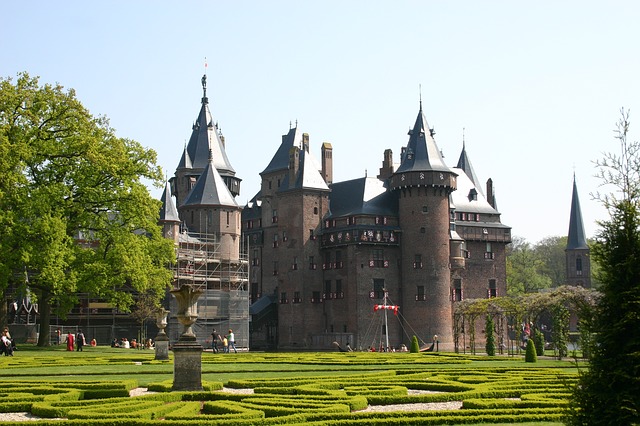 TeA day in Utrecht is actually too short. Actually you just have to go to Utrecht for a whole weekend, because it is such a nice city. You can walk through the streets of the old center, to one of the great museums, grab a drink or enjoy shopping. In the evening there are plenty of nice restaurants to eat out. See all tips for a city break in Utrecht.

Utrecht, the capital of the province of Utrecht and the 4th city in the Netherlands in terms of size, with almost 300,000 inhabitants. A city with enough fun things to do!

What to do in Utrecht? 8 nice sights!

Did you know that Utrecht has one of the most important historical centers in the Netherlands? If you still have the plan to visit a Dutch city, Utrecht is a great opportunity. There are many attractions, of which we highlight 8 below. You can see many more things in this beautiful city, so it is also recommended to spend the night in Utrecht . This way you have more time to visit these special sights.

The old post office of Utrecht was designed by J. Crouwel jr. And dates back to 1924. The building resembles the style of the Amsterdam school. You can find the post office on the Neude. Unfortunately, the post office is no longer used today, but there are plans to turn it into a shopping center.

During a visit to another city, you can not avoid getting a terrace somewhere. Do this at the Winkel van Sinkel , because here you can drink the best coffee in Utrecht. The beautiful building of the store is located on the old canal and was built in 1840.

Since 1200, the Twijnstraat is known as the main shopping street of this beautiful city. The street is also one of the oldest streets in Utrecht. There are terraces, shops and restaurants in abundance, so there is plenty to do. In addition, the Twijnstraat also looks out on the Dom Tower of Utrecht, giving you a nice view!

The Centraal Museum of Utrecht was founded in 1838. The aim of the museum was to show the Utrecht population more local art. This museum has become very popular in recent years. Both classical and modern art are presented in the museum. Two well-known houses are officially also owned by the Centraal Museum, namely the aforementioned Rietveld house and the Dick Bruna House.

For the real football fans, a visit to Utrecht football club is a must. But even if you are not a real football fan, it is great to watch a football match from FC Utrecht. The friendly atmosphere of the folk club ensures that you immediately feel at home. The club plays at times the stars of heaven and at other times not, but the fact remains that the club has never been relegated from the Eredivisie. In short, time to watch a game!

If you like playing Casinos, Utrecht is also have a Holland Casino where you can play the slot machines and table games like roulette, blackjack and punto banco. When you prefer playing online you can find the best dutch online casinos at Onlineroulettespin.

The Dom Tower is the absolute number one must-see in Utrecht. The tower is the most unique church tower in the Netherlands and with its height of 112 meters it is also the highest church tower in the Netherlands. In 1254 the construction of the tower started, but as a result of a heavy storm in 1674 the church was separated from the tower. Nowadays you can visit both the tower and the church as a visitor. Inside you get more information about the long history of this unique tower.