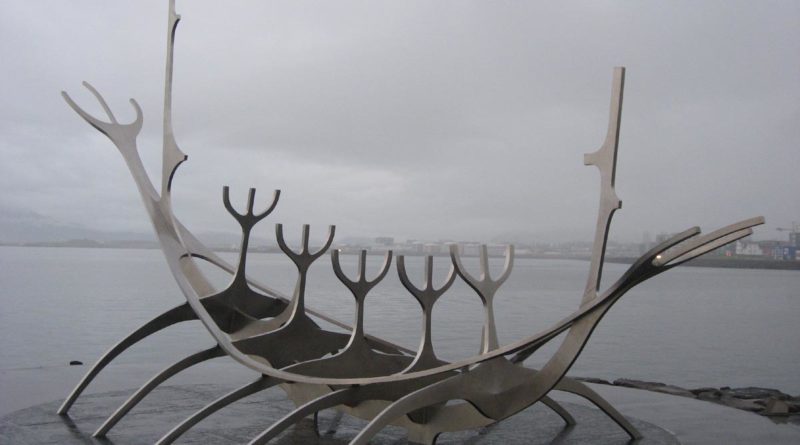 Make sure you do not miss cultural and historical attractions Iceland’s capital has to offer, when you visit Reykjavik. There is much more to this beautiful town then stunning nature. Here are some suggestions about the locations you should put into your visit itinerary.

The National Theatre of Iceland is now one of the two main theatres in ReykjavíkThe National Theatre was opened in the year 1950 and was designed by the great Guðjón Samúelsson. Everything about the building is grand and royal-like with red carpet floors on the inside and gilded artwork with gold and silver. Ever since its opening in 1950 the baronial structure, the brilliant shows and awards winning plays have sparked an ever-growing interest with the Icelandic nation for theater and arts.
The National Theater in Reykjavik has three stages within the actual original building and one behind it in a separate building. The biggest one is the Main Stage, seating over 500 people, the second one is the Black Box seating 140, the third one, the Theatre Cellar with seats for 120 people. The fourth, the one in a separate building is Kúlan, or the Ball seating only about 80 people at full capacity.
The National Theatre has a very active performance season, each session with around 30 productions. Iceland’s art scene has a big focus on creating performing arts that the young ones will enjoy and thereby building interest early on.

Hallgrimskirkja Church it the most famous landmark and an absolute must-see when you visit Reykjavík. It is a Lutheran parish church rising high in the city center at 74 meters and is the tallest church in Iceland. The view from Hallgrímskirkja church is amazing and simply can not be missed! The church is a national sanctuary in Iceland and fascinates anyone who sees it.
It took a long time to build and locals often speak of it as the longest ongoing building project in history as it didn’t just due to the long building period but also that the church is constantly in need of renovations and improvements. Still, Hallgrimskirkja remains one of Iceland’s most visited places especially by tourists that can be counted in thousands during the busiest season.
The organ at Hallgrímsirkja is the largest pipe organ found in Iceland and organists worldwide speak highly of playing it and take pleasure in doing so. It was inaugurated in the year 1992 and was constructed by German organ builder Johannes Klais from Bonn. The organ is 15 meters high and weighs 25 tons.
Regular organ concerts are held at Hallgrímskirkja especially during summertime and many make their way to enjoy The International Organ Summer, an annual festival with organ concerts, held from June to August.

Perlan is the perfect place to touch upon the natural wonders of Iceland without ever having to leave the city. It is famous for being kid-friendly and can easily entertain generations.
Another positive point to make about the Pearl is the accessibility but going through there with a stroller or in a wheelchair is very easy and comfortable.
Perlan or The Pearl was originally not thought of as a place one would visit and enjoy. It was a place to store the city’s hot water and was, at first, just a block of enormous water tanks places next to each other. The tanks had stood that way since the mid 20th century when a hemispherical glass dome was planted on top of it. Ingimundur Sveinsson was the architect of the place and his vision for multiple ways of utilizing it is still present today.
Today the pearl is home to one of the best nature exhibitions you will find. Inside the buzzing capital, just minutes from the biggest shopping street and vibrant city life you are able to step into a perfect replica of an ice cave, to learn about glaciers and other geological forces, to have a visual and interactive underwater experience and to enjoy some delicious meals with impeccable views.
Make sure not to miss Perlan, when you visit Reykjavik.

The area has been a church site since around the 13th century but the church you see today was originally built at the end of the 18th century.
To be able to work on the church throughout the summer, with no delays, the material was transported to the building site in the winter of 1788. Nothing was to stand in the way of the building of the cathedral. Danish handy-men were brought in to help with the project but proceedings were slow due to a lot of drinking on the part of the builders. This resulted in a lot of repairments having to be done later on and even a further discovery of the original wood was rotten from the start but, nonetheless, the Domkirkjan was inaugurated in the year 1796 and was the first building to be finished under the idea that Reykjavík was to become the capital of Iceland.
The organ boasts three manuals and thirty-one independent voices were made in the year 1985 by Karl Schuke in Berlin. So, it is very evident that the church has taken a long time to be completed.
A little less than a century after the church was raised the house of parliament was built right next to it. Since then these two buildings have made up a whole and been the figure of laws and customs in the country. Many important events take place in the Dómkirkja including the official mass taken by the congressmen on the first day back to parliament, the statement of a new president and the Christmas mass broadcasted and listened to all over the country.