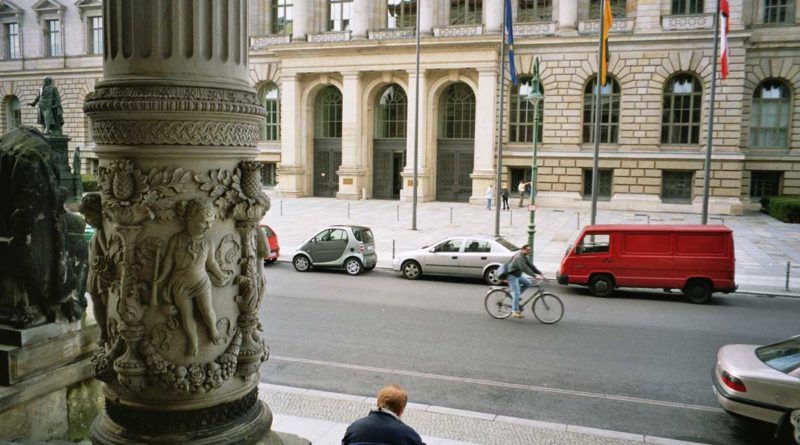 No one who remembers 1989, when the Berlin Wall dividing East and West came down in not much more than a night, partly through ‘people power’, can visit Germany’s capital city without being aware of its unique history. To have an impression of the wall as it was, with no man’s land beyond where many died attempting to reach ‘freedom’, head for Bernauer Strasse near Nordbahnhof station, where you can climb a tower to view the historic barrier from above. Alternatively, take the U-bahn, S-bahn or bus out to Warschauer Strasse where there is a 1.3 km stretch of wall that was covered in over 100 murals by artists from all over the world marking the fall of the wall. In keeping with Berlin’s modern image as a capital of creativity, this free open air art gallery is currently being restored after years of defacement by graffiti.

Berlin’s centre is a delight and just exploring on foot is endlessly fascinating. Many visitors start at the impressive Brandenburg Gate with the park beyond and the Reichstag nearby, with its glass dome designed by Sir Norman Foster for his refurbishment of the parliament building in 1999. Between 08.00 and 23.00 you can walk up the 230 metre gentle gradient that circles the inside of the dome for great views of the government area of the city. (Book online or when you get there, and take ID with you.)

You can take the usual open top bus tour to get yourself orientated in the city, but for a different angle try the Berlin Cruise on the River Spree (April to October). This trip passes the main city centre sights, with commentaries in German and English.

Once politicised by the Nazis, Unter den Linden nowadays is a city centre shopping area and few of the historic lime trees remain. However it makes a pleasant walk past many of the grandest buildings in Berlin to the magnificent Cathedral.

For a stark contrast you could make your way to Alexanderplatz, a 1970s icon of East Germany, with its 368 metre tall Fernsehturm (television tower). Queues for the viewing gallery can be long at the height of the tourist season, but Berlin is a city you can visit at any time of year. In the day the revolving restaurant at the top will let you sit over a coffee for the half hour it takes to complete the circuit.

There are said to be 153 museums in Berlin, and seven of them are conveniently located on Museum Island, itself a World Heritage Site. The Pergamon Museum houses Greek and Roman art and classical antiquities, including reconstructed buildings. It also has a good restaurant with tables outside in summer.

For an insight into a dark period of German history you need to go to the Jewish Museum on Lindenstrasse. Designed by Daniel Libeskind with its Exile Garden and Tower of the Holocaust, the building itself is as much a   part of the powerful experience as the exhibits.

Impressive though these internationally known museums are, my own favourite memorial to heroism in Berlin is the Museum Blindenwerkstatt Otto Weidt at Rosenthaler 39. At his small brush factory employing many blind Jewish workers, non-Jew Weidt risked his own life to save numerous employees from deportation by bribing the Gestapo, hiding people, and even on one occasion, though partially sighted himself, travelling to a concentration camp and getting an employee released.

Finally, to return to the subject of the Berlin wall, on Friedrichstrasse you can pose for free for photographs at a street mock-up of Checkpoint Charlie, or pay to go into the Check Point Charlie Museum (Daily 09.00 to 22.00). However the original guardhouse from the checkpoint that featured in so many spy stories is to be found in the Allied Museum at Clayallee (admission free), where the 50 year history of the Western powers’ presence in this unique city is documented.

The Berlin Wall was initially constructed starting on August 13, 1961. and dismantled in the weeks following November 9, 1989.