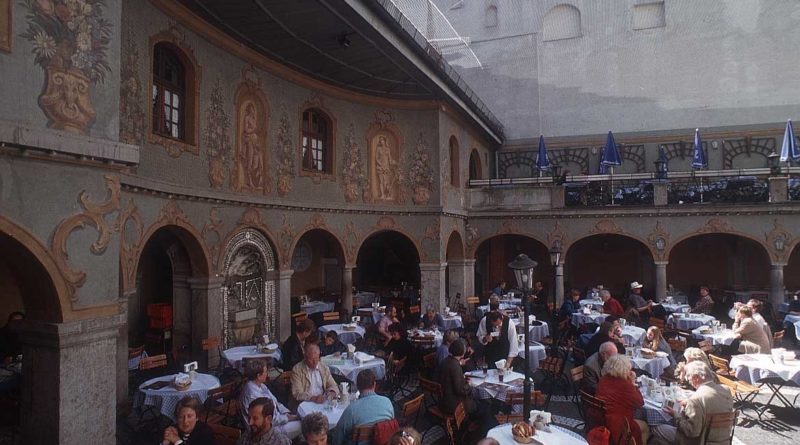 Munich is the capital city of Bavaria, Germany. With a population of about 1.3 million, Munich is the third-largest city in Germany. Munich is an important centre of higher education, banking and the film and media industry. It is also the home of world-famous beers and Germany’s biggest football club, Bayern Munich. You can take a one-hour tour of the stadium including their museum and Hall of Fame. Every year Munich plays host to more than 3 million tourists from all over the world.

The city has several important art museums, among them the Alte Pinakothek, Neue Pinakothek, and the Pinakothek der Moderne. The Alte Pinakothek is the place to go to see well-known old masterpieces from the 14th to 18th centuries. (Closed Mondays and some public holidays.) The Neue Pinakothek (closed Tuesdays and some public holidays), built for King Ludwig I of Bavaria, covers European art of the 18th and 19th centuries. And the Pinakothek der Moderne, as its name suggests, displays collections of modern art. (It closes on Mondays.) Other famous tourist attractions include the late 15th century gothic Frauenkirche (Cathedral of Our Lady); the English Garden, a public park in the centre of the city larger than Central Park in New York; the Deutsches Museum (Science Museum); and the Rathaus-Glockenspiel, which at 11am every day (and again at noon and 5pm in summer) chimes its 43 bells while 32 life-sized figures re-enact two stories of jousting knights and of the plague (pictures below).

Perhaps Munich’s most famous attraction is the Oktoberfest, a 2-week-long fair with many rides and several very large beer tents. From 25th November visitors flock to the Christmas Market on Marienplatz for unique gifts such as wood carvings from Oberammergau and glassware from the Bavarian forest. The whole city centre is decorated and each day there is a free concert from the Town Hall balcony.

The Olympiaturm (Olympic Tower) was built for the 1972 Summer Olympics. From the viewing platform 190m (623 ft) high you get a great view over the city and, if the weather is good, as far as the Alps. There is a revolving restaurant and bar (it takes 50 minutes to complete one circuit) and the tower is open daily from 9am to midnight.

The five-star Bayerischer Hof, opposite the cathedral in the old city, has all the facilities you would expect: gym and spa, indoor and outdoor pools, and air conditioned rooms. It is close to the train station and will accept pets. For something a bit different in the 5 star class, try the highly rated Mandarin Oriental. Ideally situated in the city centre, the hotel offers oriental style combined with German service standards.

For something more modest and quiet, the 3 star Hotel Laimer Hof is housed in a converted traditional Bavarian villa. Although a little way out of town, this hotel is close to the Nymphenburg Castle and the Hirschgarten, Europe’s biggest beer garden.

Right near the central train station is the 4You Hostel. Breakfast and the internet are included, but towels are not. You can meet people in the bar, and there is a mix of shared dormitories and private rooms with own shower and toilet.