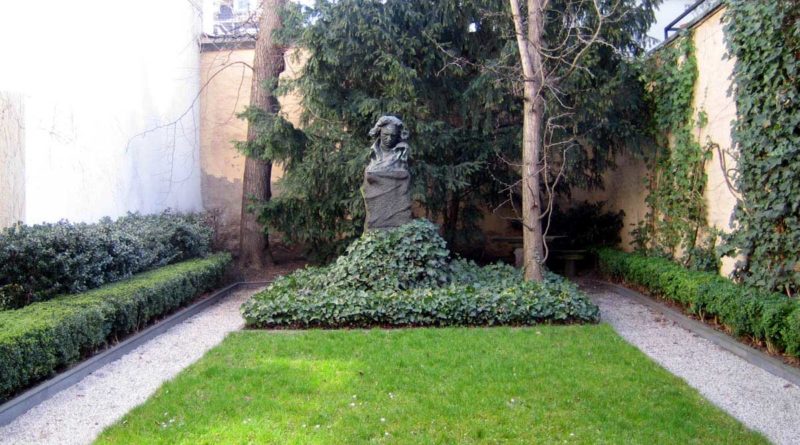 Bonn is a city in Germany. Population 2004: 315 000. In the Bundesland of North Rhine-Westphalia, located about 20 kilometres south of Cologne on the river Rhine. It was the capital of West Germany from 1949 to 1990.

The history of the city dates back to Roman times. About 10 BC the Romans constructed a bridge across the Rhine close to a place called “Bonna”. After the Roman defeat in the Battle of the Teutoburg Forest this small camp was enlarged to become a fort for 7000 legionnaires.

The fort became a town which remained after the Romans left. Between the 11th and 13th centuries, the Romanesque style Munster (cathedral) was built, and in 1597 it became the capital of the principality of Cologne. The town gained more influence and grew considerably. The elector Clemens August (ruled 1724-1761) ordered the construction of a series of Baroque buildings which still give the city its character. Another memorable ruler was Max Franz (ruled 1784-1794), who founded the university and the spa quarter of Bad Godesberg. In addition he was a patron of the young Ludwig van Beethoven, who was born in the city in 1770; the elector financed the composer’s first journey to Vienna.

In 1794 the town was seized by French troops. It became a part of the Napoleonic Empire. In 1815 Bonn was taken by Prussia and remained a Prussian city until 1945. The town was of little relevance in these years.

Following World War II Bonn was in the British zone of occupation, and in 1949 became the capital of West Germany. The choice of Bonn was made due to the advocacy of Konrad Adenauer, who was from near Cologne.

The German reunification in 1990 made Berlin the nominal capital of Germany again. However, this decision did not necessarily imply that the republic’s political institutions would also move. This was only concluded by the Bundestag (Germany’s parliament) on June 20, 1991, after a heated debate. While the government and parliament moved, as a compromise, some of the ministries largely remained in Bonn, with only the top officials in Berlin.  58 kilometres from Bonn you can visit old town Dusseldorf and enjoy its sights and beauties.

In November 1767 the recently married electoral court singer and his wife Maria Magdalena moved into the garden wing of the house at Bonngasse 20. Their son Ludwig was born in one of the tiny attic rooms in December 1770.

It is one of the few remaining eighteenth century houses in Bonn. Its baroque stone facade was erected over cellars dating back to the twelfth or thirteenth century.

The family left the crowded rooms a few years after Ludwig van Beethoven’s birth on 16 or 17 December 1770.

In 1889 the “Beethoven-Haus” Society was founded with the aim of purchasing the house and establishing a memorial to the composer.

Large parts of the building were still in the same state they had been in since the second half of the eighteenth century.

The relatively small amount of damage it had suffered during the war was put to rights at the beginning of the 1950s. At the end of the 1960s the house underwent major restoration work for a second time and again between 1994-1996. Today the Museum is spread over both houses. A room on the ground floor can be used as a lecture theatre and also for small concerts.