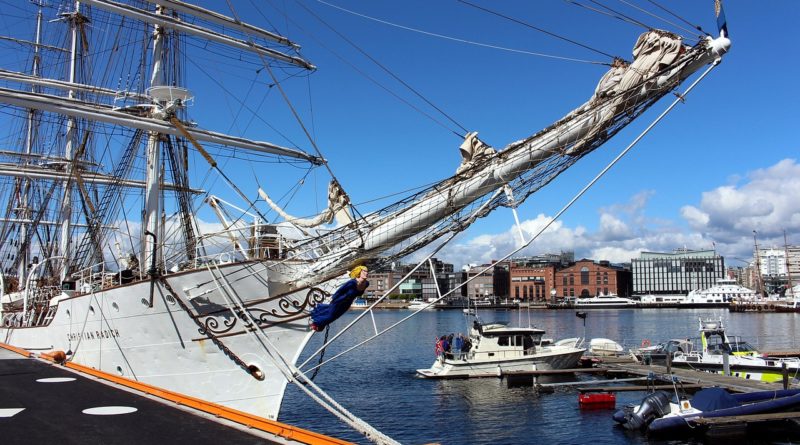 The Norwegian capital is a city that offers the traveler more than enough reasons to keep busy whilst diving deep into its history, mainly through the discovery of Oslo historical landmarks whilst learning about the early days of its culture. The beautiful and history-rich capital of Norway will have its visitor astonished with a wide variety of options that will take them back in time whilst learning more about the contributions of this nation to the world. With a unique and vast patrimony that goes back for centuries, it provides an opportunity to travel in time whilst enrichening.

This fascinating medieval castle dates back to 1299 upon the rule of King Hakon V and is one, if not the most important edification of its genre in all of Norway. Guided tours are available to the public in the Summer months and the fortress is often staging major events in the city that include ceremonies and concerts, providing an even more welcoming visit for all. With beautiful sights over Oslo’s Harbor and the city center, its privileged location offers a welcome sight along with its historical interest.

For visitors from anywhere in the world, it’s hard not to relate Norway with its Viking past. Known for their accomplishments when most of the world was still engulfed in the Middle Age, they are part of Norway’s proud history. At the incredible Viking Ship Museum, visitors will find some of the very finest preserved Viking ships in the world, along with other incredible cultural findings that take its visitor back to this particular time. More than anywhere else, this is the right place to learn more about the Viking contribution to the world and its role in Norwegian history.

The beautiful Historisk Museum offers four floors of pure historical background and context that is focused but not limited to, Norwegian history. With a fascinating collection of items from the Middle Ages, antique art, artic expeditions, and even Egyptian mummies, there is far too much for the visitor to be astonished by when you enter the Museum’s doors. It is an ideal place to learn more about Oslo in particular and Norway’s history in general from several perspectives through the ages.

Founded around the year 1,000 AD, Medieval Oslo and its remains can be found in Gamlebyen (Old Town) and are surely a mandatory stopping point for those wishing to learn more about Oslo’s history. With several ruins to visit and guided tours at the Oslo Ladengard’s Medieval Office to place it all under the correct perspective, visitors will be transported through the centuries in putting together a picture of what life was in the early days of the capital.

This museum dedicated to the city of Oslo itself goes through its history over the ages by delivering several models, paintings and photographs. Covering its over 1000 years of history and with free admission on the first Saturday of every month, it includes guided tours, audio guides in several languages and interactive exhibits, including an interesting augmented reality app designed to take the younger visitor back in time.

For those that really want to be transported in time and feel the atmosphere of days past, the Norsk Folkemuseum is one of the world’s oldest and largest open-air museums. It hosts 155 traditional houses from all of Norway, including a stave church from the year 1200. This incredible experience is ever more immersive due to its indoor exhibits that present how society evolved through tools, weapons, costumes and several other pieces that clearly show evolution through the centuries. Some activities are present, particularly in Summer months, with guided tours, handcraft demonstrations, horse and carriage rides and much more.

For the visitor that is fascinated by history, Oslo Historical Landmarks will surely deliver enough reasons to visit. Whether for those fascinated by its Viking background or the evolution of the Northern societies, it tells a tale of resilience and strong communities defying the odds. It is also a place to witness the birth of the actual Norwegian society and culture and place it under an accurate perspective, whether by understanding how society was structured or by simply realizing the incredible achievements of its people.