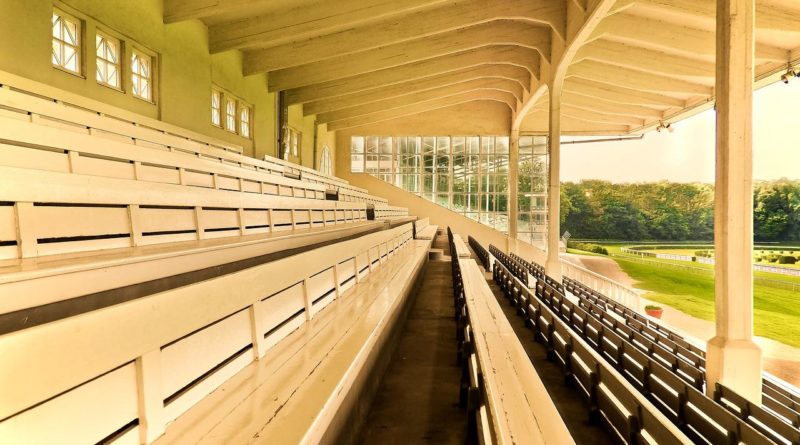 With that said, let’s highlight some of the best ones that should be on the top of your bucket list.

The beautiful Saratoga racecourse is located in Saratoga Springs, New York, and it is considered one of the most beautiful horse racing tracks in the United States. With its country fair atmosphere, this is one of the most family-friendly tracks that promises a fun day even when there isn’t a big race going on.

There are plenty of things to do for every horse racing enthusiast from restaurants to museums. Make sure you visit the Horse Racing Hall of Fame and experience some true history, which is located just across Union Avenue from the race track.

The Saratoga Racecourse was established on August 3, 1863, and it is home to plenty of races during the season, such as Alabama Stakes, Travers Stakes, Woodward Stakes, and Whitney Handicap.

This racecourse is located in Louisville, Kentucky, spread across 147 acres on beautiful handcrafted landscapes.

Each year in May, the Churchill Downs is home to the first leg of the Triple Crown championship, the Kentucky Derby, attended by thousands of people. You can find free horse racing picks by TwinSpires.com for this race here.

If you are traveling to California, apart from the amazing beaches and restaurants, you should also visit some of the most beautiful horse racing tracks, Santa Anita Park. This amazing horse racing venue is established back in 1934 and owned by the Stronach Group.

Santa Anita Park is often home to some of the biggest horse racing events in the United States, and it is a beautiful place to visit thanks to the many attractions that promise days’ worth of fun for every horse racing enthusiast.

It is rare to see a horse racing track near the ocean, and Del Mar is the perfect place to visit if you won’t experience some ocean breeze while watching your favorite horse race. The Del Mar Race Track also earned its nickname “Where the surf meets the turf” and it is considered one of the most beautiful horse racing venues that lie before the shoreline.

The Del Mar Race Track was founded in 1937 by a group of celebrities, including Oliver Hardy, Bing Crosby, and Gary Cooper.

Even though Churchill Downs is the most popular race track in Kentucky, it isn’t the only one where you can experience some horse racing. The Keeneland Race Course is located in Lexington, Kentucky, and features some impressive races every year.

The Keeneland Race Course was founded in 1936 and it is now owned by the Keeneland Association Incorporated.

There is something magical about this racecourse even though it doesn’t host some of the most popular races in the United States. From the lovely stone clubhouse to the well-structured grounds, the Keeneland Race Course offers understated elegance and plenty of activities to fulfill your day. The best time to visit the Keeneland Race Course is during spring since the weather is much better and there are a couple of fun-to-watch races organized during that time.