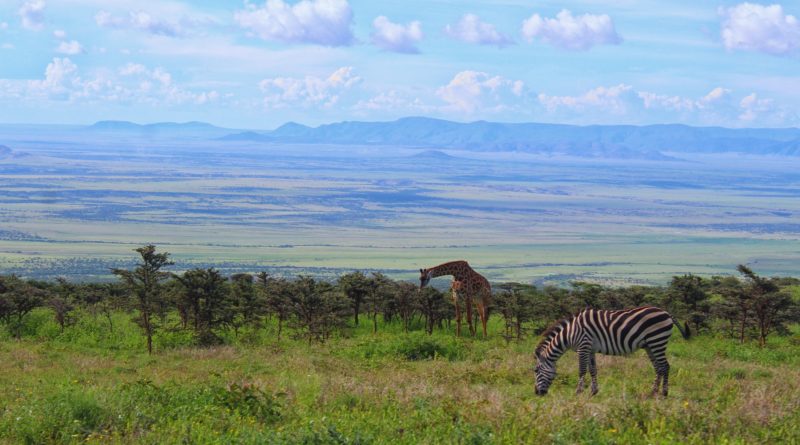 For a Westerner, it is hard to speak about Tanzania without Sir David Attenborough’s voice popping out in your head. And, while there are exciting anthropological finds all around the country, what most people will visit in Tanzania are the amazing natural formations.

The country is dominated by the savannah, with an arid steppe region combined with temperate grasslands in the middle.

Because of this mixture, the wildlife is outright amazing. Tanzania garners some of the biggest biodiversity when it comes to large animals and mammals in the entire world.

Those who want to go on a safari and like seeing very wild and dangerous animals in their natural surroundings can’t miss Tanzania and the wildlife preserves it has to offer. By moving from one side of the country to another, it would seem that you are on a different planet.

The Most Ancient of Histories

Those enamored with history will need to adapt to the fact that lush climates of the region stunted the technological development of many of the people who lived in this region throughout history.

By all accounts, Tanzania was not only called home for anatomically modern humans but for a variety of species of humanoids for millions of years. It is fairly possible that this is the region where modern humans evolved and carried on to the Middle East and further, now to dominate this Planet.

There are some medieval remains and pre-colonial monuments that are worth seeing. But, the true history is not in the buildings, but in the ground. Those interested in Paleolithic and early hominid anthropology will find a lot of amusing places all around the country.

Literally meaning ‘The Shining Mountain’’, Kilimanjaro is the tallest mountain in Africa and one of only a few places in Tanzania where you will need a warm jacket and thick boots to go.

Unlike many tall mountains that were made by pushing tectonic plates, Kilimanjaro is ‘self-made’. It consists of layers upon layers of hardened lava, because it is actually a huge volcano and the largest one in the world that is completely inland and not an island on its own.

But, for hikers and climbers, the trip should be safe. The air is still quite breathable up on the top and the inclination is very gradual. Additionally, it seems that the mountain hasn’t erupted for at least 200 thousand years, so you ought to be the unluckiest person in the world for it to happen to you.

If you were to Google just ‘Africa’, the odds are that you will get the picture of the Serengeti. This picturesque savannah is located in the north of Tanzania, bordering Kenya. It is a place where lions hunt and wildebeest migrate, and it is a humbling experience for any human.

There are umbrella acacia trees all around, providing shade for herbivores and a vantage point for carnivores. Lions, leopards, and hyenas lurk every day to find zebras, gnu, and a number of other grazers to bring back to their pride.

And finally, eastern Serengeti is home to a large number of giraffes that graze the canopy of tall trees. These majestic creatures are rarely harassed by predators, because of their very strong kick.

Mnemba Island is a privately owned island off the coast of Zanzibar. While the dry land alone is an excellent vacation spot and a place to relax, the real value of this island is what you will find in the water.

The sea around the island is home to a variety of fish and birds, both endemic and migratory. Additionally, there are humpback whales, whale sharks (not actually sharks), green sea turtles, and three different species of dolphins.

For any experienced diver, Mnemba Island is a jewel that you can’t miss, and which is more than worth the price of entry to the island.

Nested in Stone Town, the capital of the Tanzanian autonomous region of Zanzibar, the Old Fort, or Ngome Kongwe, is one of the focal points for anyone entering the city.

The Old Fort is a prominent visitor attraction and this part of town is filled with cafes and gift shops that make much of the economy of Stone Town. But, it is also an important cultural point where the central amphitheater hosts a lot of festivals and shows.

Inside the walls of the fort, there are remains of a medieval Portuguese church, as well as some older fortifications built by in the Arabian style that dominated the culture at one point via commerce.

Located between the Serengeti and Mount Kilimanjaro, the Olduvai Gorge is one of the most important global archeological sites. It is one of only a few places where hominid fossils are found and where there are remains of different human subspecies ranging in time about two million years.

From a natural perspective, the gorge is fascinating and has large red monoliths that were naturally formed from red sediment. And, there are also a number of semi-precious and precious stones found in the region, some of which are mined.

But, the most intriguing thing you will find would be the caves and caverns that spread around the region. In this place, there are not only remains of Homo Habilis and Australopithecus but also from the 6 million-year-old Orrorin remains, which were a species pre-dating our split with the modern chimpanzee.