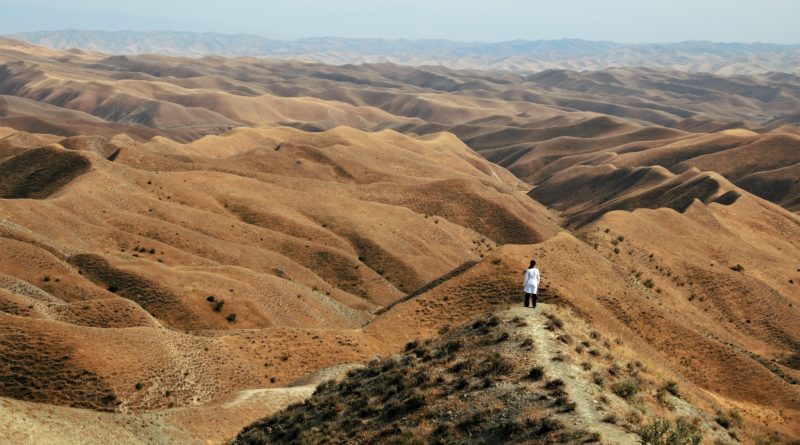 Apart from the Vatican, Iran is the only theocracy in the world. Because of this political system travelers are advised to study and follow local customs as much as possible and to respect the rules set up by the local people.

But, for those who are willing to do so, it is a marvelous country with a lot to offer. Together with Iraq, it holds the Persian heritage and one of the oldest cultures in the world.

During the last six thousand years of recorded history, Iran has had hundreds and thousands of philosophers, inventors, builders, and artists, finally building a country that is simultaneously pious and modest as well as influenced by classical ideas that now shape the Western world.

Although the nature of Iran is very interesting and there are many different regions that can be seen, what a novice traveler to the country can’t miss are the historical and architectural monuments that look like something directly pulled out of a fairy tale.

This is mostly because these buildings were the basis of many tales now frequently told in Europe, Asia, Africa, and the Americas.

By many accounts, the Fertile Crescent, the territory now in Iraq and western Iran, is where history began. Here is where first traders and merchants started writing on tablets about what they are selling and where.

It is amazing that the oldest recorded writing is not about kings, prophets, or gods, but rather a complaint about someone selling copper of bad quality. Apparently, customer support has been around since the birth of civilization.

Because of this tradition, technology spread like wildfire in the region, and with its philosophy and literature. This left Iran with a traceable culture that spans eons and that is constantly building upon itself.

This stunning structure is a remnant of an ancient Elamite settlement, dated to be founded in the 12th century BCE. It is located in the very west of Iran, on the fertile plains around the Dez River.

The Elamite kingdom was a neighbor to Sumer, Babylon, and Assyria and lasted for more than 2000 years. The age is best understood by the fact that when it was conquered by Assurbanipal in the 6th century BCE, this kingdom was already considered ancient.

Although pyramidal in shape, the ziggurat wasn’t used solely as a palace and burial ground, but as a defensive and habitation structure as well. Although it seems as it was never properly finished, it was used actively for at least 600 years.

It is fascinating that many of the arches and passages that stand here today were built by a society from the middle bronze age with nothing but relatively simple tools. Even though, they stand firm to this day and will stand for a long time.

This palace is one of the oldest structures in Teheran. It is situated in the dead center of the city and serves as a reminder of both the city’s and Iran’s continuous history.

It was built in the 16th century by Shah Tahmasp I of Persia. Even though it is called a citadel, it was never meant as a defensive building, but more for ceremonial and diplomatic purposes.

But, even without the vast historical significance, the structure itself is magnificent. Even though it is made with Islamic rules in mind, it has a classical Persian touch added to every site. There are mosaics and patterns painted all over the palace, often in very intricate detail.

And, even though it was considered impious to paint humans and animals, many of the paintings present the Safavid lion in different poses.

To call Ali Qapu a palace would not give it justice. It is a marvelous building complex in the city of Isfahan that portrays the might and endurance of both the Safavid dynasty that built it over generations and the Iranian people as a whole.

For those interested in both history and culture, this site is a gold mine of both amazing achievements and stunning details. It shows the progressiveness of the Safavid emperors and their openness to good ideas while also safeguarding traditional values.

The name itself is a mixture of Persian and Azerbaijani meaning ‘Great Gate’. And, there are many secrets inside, such as the fresco of a woman, which are wonderful to see today but would be scandalous to make in the 16th century Persia.

The palace, combined with the Imam’s Square in front of it makes a UNESCO world heritage site and something that everyone should visit.

Also known as the ‘Pink Mosque’, this fascinating building is an active place of worship in Shiraz for almost 150 years. The name comes from the extensive use of pink and purple on the inside of the building, especially when the light reflects through the stained glass in the windows.

Although it was built in a traditional Islamic style with two minarets as well as mihrabs and domes in all the appropriate places, it also feels uniquely western.

Namely, because of the influx of traders and missionaries from Britain, France, and Germany to the region, the Qajar dynasty focused on applying some of the technology and aesthetics of the West to their own structures.

Because of this, it is possible to see depictions of western buildings in several places. This is also the reason why this mosque is so bright and colorful, as it is an attempt to apply some of the aspects of Western churches and cathedrals to a more Islamic setting.

Finally, you can’t say that you have visited Teheran or Iran without going to the Grand Bazaar. The bazaar was the world’s first shopping mall, and it serves a similar purpose to this day. It is an enclosed network of passages almost 7 miles long.

The bazaar has everything you would expect from a modern shopping mall but also has much more. With exotic spices and handmade products, you can find merchandise in the Grand Bazaar that you would be pressed to order online, let alone find somewhere else.