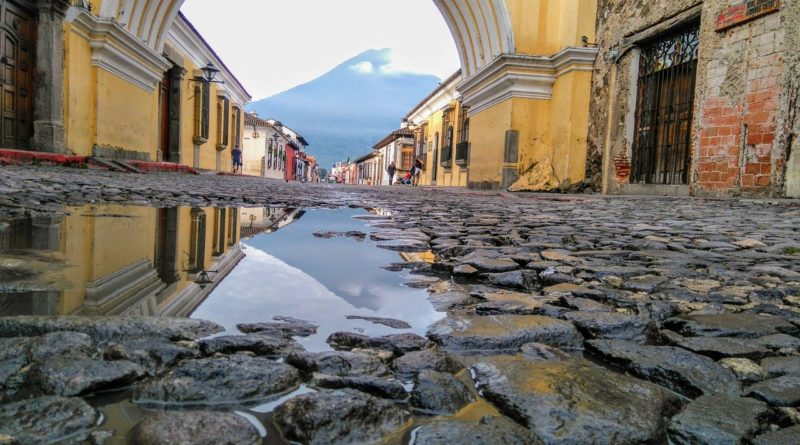 Get ready to be seduced by the beguiling beauty of the former capital of Guatemala, La Antigua or simply Antigua. As a colonial of the then Spanish empire in the 16th century, the colonial-style Spanish architecture is evident all over the city. The looming volcanic hills also make quite fascinating impressions on tourists. It recovered from the devastation of a series of earthquakes in 1773, leading to migration and its eventual dethronement as the capital city. Fast forward to 1979, Unesco declared La Antigua a world heritage site, and it has been attracting the attention of tourists. With a population of about 40,000 people, strolling around the quiet town and watching the ruins is enough for a relaxing vacation. The adventure seekers can take it up a notch to taking a hike on the volcanic hills.

Where to Visit and What to do in Antigua

Surrounded almost on all sides by mountains and volcanoes are three magical towns you are likely to bump into as you hike or drive the bumpy mountain paths that makes the adventure seem surreal. Traditional Mayans make up half of the town and 11 distinct villages around Lake Atitlan, some accessible only by boats. To maximize your experience on this tour, It is advisable to stop in as many villages as you can. For that magical experience, don’t skip any of San Marcos La Laguna, San Juan and Santa Cruz on your hike.

Being close to an active volcano is a breathtaking experience. Pacaya Volcano first erupted about 23,000 years ago and has been active since 1961 when it blew its lid off after about a century of dormancy. Now peaking at the height of 8,373-feet, the volcano has since been erupting frequently, approximately once every six years. The last intense activity happened on March 2, 2014, leaving lava flow rock everywhere. You will march on them on your hike up the valley. It is far safer and more magnificent, observing the smoking Pacaya volcano from the opposite peak. And, don’t miss the chance to enjoy thermal pools, steam baths and spa services from warm natural springs generated by volcanic activities.

The first growing of gourmet coffee in Antigua dates back to 1870. Journeying through the coffee plantation and watching the detailed explanation of the process, from growing to roasting as the aroma fills your senses is a slice of heaven. For a more engaging adventure, especially for lovers or the kids, you can enjoy horse rides across the coffee plantation avenue and the cobblestone street. The coffee tour often includes a visit to restaurants for a taste of the local dishes and caps the day up with cheeky beers in the evening.

While tour guides are your best bet of seeing the highlights of the historic and beautiful city of Antigua, Guatemala, for elevating your photography skill and knowledge of the city. Feast your eyes with ancient but colourful Spanish colonial architecture buildings and ruins walking through the famous cobblestone street. Also, for perfect food tourism, give your taste bud a treat with generous sumptuous Guatemalan dishes from street carts and family-run food stores. Satisfy your curiosity and appetite as you explore the fascinating history and culture of Antigua.

What to eat and stay in Antigua

Part of enjoying a fantastic stay in Antigua is to choose a perfect spot to stay. Just a 5km walk or 20 minutes stroll across famous locations such as Central Park and Antigua Guatemala Cathedral is the small colonial village with a 3-star, 54 rooms at Hotel Villa Colonial, with white-glove restaurants and amenities that include WiFi.

Wake up to the smell of coffee at the luxurious Filadelfia Coffee Resort & Tour perfectly tucked to give the visitors a majestic view of the landscape and volcanoes hills on the horizon. The hotel has luxurious rooms, facilities and suites with extra perks of outdoor Adventures such as riding, bird watching, gliding and hiking. Enjoy the perfect harmony of nature as well as unforgettable adventure with a sensual scent of coffee from the plantation in the air.

Started as a building occupied by the convent in the 18th century, almost the entire structure gave way in the 1773 earthquake. The new property erected is regarded as one of the best hotels in Antigua. Going to Antigua with the kids? You are in luck, kids below the age of 12 years stay here for free. An impressive variety of dishes in the menu served in the hotel include good blends of Antiguan and contemporary dishes featuring grilled meats, coconut milk curry, plates of seafood, fresh plates of pasta, fettuccine with mushrooms and so on.