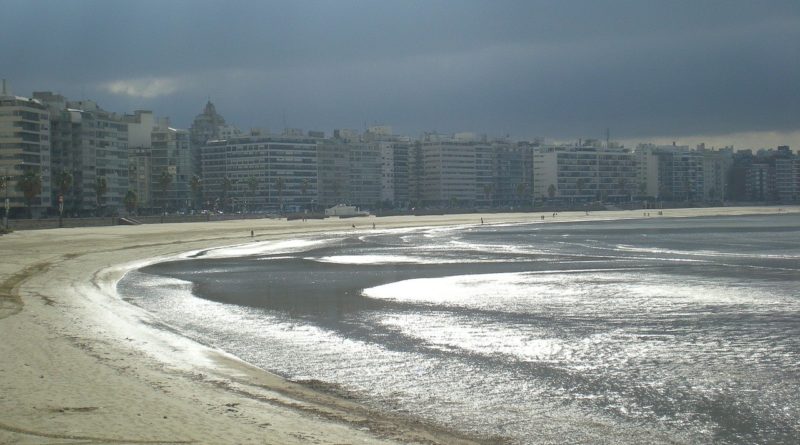 Millions of people worldwide would surely recommend you visit Montevideo if you’re looking for a city of unparalleled architectural beauty. Uruguay’s capital is full of historical, cultural, and natural beauties which will surely satisfy any travel enthusiast. Visiting this city is a unique experience for tourists, especially during the summer. In the following article, we will list and dissect some of the most beautiful landmarks you have to visit during your stay there.

Plaza Independencia is Montevideo’s most important cultural center, separating Montevideo’s downtown from the oldest part of the city, that being Ciudad Vieja. Historically speaking, the monument was built in 1937 as an omen to José Gervasio Artigas’ heroic deeds during the Independence War in the early 1800s. Today, Plaza Independencia contains some of the most important buildings of the city, including the Solís Theatre, as well as the Palacio Salvo, and the workplaces of the President of Uruguay. Additionally, Plaza Independencia is the home to one of the most beautiful city gates in the country you must visit, that being Puerta de La Ciudadela. The square itself was designed by Carlo Zucchi in the 1830s and later redesigned by Bernardo Porcini. Since this square separates the old part of Uruguay from the new one, the architectural design varies and allows tourists to see a large number of different styles. In the center of Plaza Independencia, you’ll find one the sumptuous statue of General Artigas, a man who many Uruguayan citizens consider to be the father of Uruguay. Lastly, the Plaza is decorated with exactly 33 palm trees, paying homage to 33 brave fighters, led by Juan Antonio Lavalleja, that fought the Independence War.

Palacio Salvo is a very interesting piece of architecture, initially built to become a hotel, today serving as a residence to the Salvo brothers. This building was designed by Mario Palanti, a world-renowned Italian architect who designed some of the most beautiful buildings in Uruguay and Argentina. Interestingly enough, Palacio Salvo was the tallest building in Latin America for a brief period in the 1930s. Today, one of the floors serves as a museum of Tango, specifically dedicated to nurturing the history of this beautiful dance. Furthermore, one of the most interesting activities tourists can enjoy during their stay here, is attending the live tango performances that take place in the halls of the museum.

Like most buildings, this palace located in the heart of the old city takes inspiration from French architecture. It was built in the early 20th century by the same French architects, Charles Louis Girault and Jules Chifflot León, who created the world-renowned Petit Palais and the Arc de Triomphe. In 1943, it was purchased by the state of Uruguay, and later on, in 1972, it became a decorative arts museum, containing various items important in the historical development of Uruguay. Tourists that venture here can enjoy the aesthetically-pleasing interior of the museum by taking a tour, learning about the rich Uruguayan history in the process.

Opened in 1856, the Teatro Solís is the most popular theatre in Uruguay. Inspired by the design of Italian theatres, this building is almost a perfect blend of both the Italian and Southern-American architecture. Today, it serves as the podium to some of the best performers in the world, holding record-attending performances with an undisputed reputation. Tourists love to spend one of their eventful nights here, as the theatre is always packed with a schedule of plays, operas, comedies and so much more every day of the week. Additionally, if you’re in a hurry and want to see the gorgeous interior of the building, the theatre hosts guided tours daily, where you can learn more about the history of Teatro Solís, as well as enjoy its aesthetical beauty.

Luckily for thrill-seeking adventurers that prefer a drink in a lively bar or a tanning session over a museum visit, Montevideo is also the home of a beautiful beach district named Pocitos. Pocitos is a beach quarter that consists of Playa Pocitos, which is the main beach, and Rambla, which is the boulevard that surrounds it. Fortunately for anyone that owns an apartment here, most of the buildings are at least 10 stories tall, resulting in a breathtaking view of the Playa Pocitos. Tourist-wise, the area is mostly populated by teenagers that spend their time here playing football and volleyball, which will surely satisfy travelers that enjoy playing beach sports. Additionally, the coastal-area is full of highly-rated cafés, where you can enjoy the electric atmosphere of the Uruguayan lifestyle.