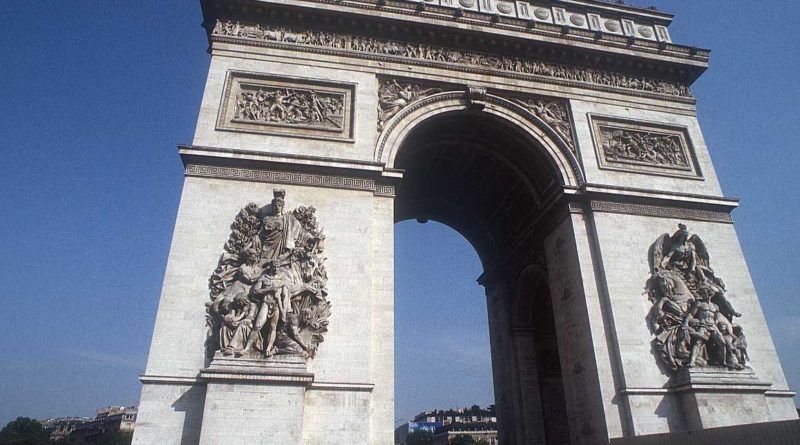 Paris is more than 2,000 years old. Gauls settled there between 250 and 200 BC and founded a fishing village on an island in the river that is the presentday Ile de la Cité, the center around which Paris developed. Paris is located in northern central France. The area north of the river Seine, the Rive Droite (Right Bank), includes the tree-lined Avenue des Champs-Élysées, running west to the Arc de Triomphe. East of the avenue is the massive Musée du Louvre and the Centre Georges Pompidou. On the Île de la Cité is the world-famous Notre Dame. The area south of the river is home to the city’s most prominent landmark, the Eiffel Tower.

Eiffel Tower: This towering edifice was built for the World Fair of 1889, held to commemorate the centenary of the French Revolution. Named after its designer, Gustave Eiffel, it stands 320m high and held the record as the world’s tallest structure until 1930.

Notre Dame: The city’s cathedral ranks as one of the greatest achievements of Gothic architecture. Notre Dame was begun in 1163 and completed around 1345.

Musée du Louvre: This enormous building, constructed around 1200 as a fortress and rebuilt in the mid-16th century for use as a royal palace, began its career as a public museum in 1793. In the 1980s, the Louvre was revamped, with the addition of a 21m glass pyramid entrance.

Versailles: Beginning in 1664, the construction of the castle lasted viltually until 1715. It remained the residence of the royal family until the Revolution of 1789.

Disneyland Paris: Disney Paris is Europe’s most magical adventure for children and adults alike. There are no less than five imaginary lands to enjoy. You can stay in one of several Disney-themed hotels in three different price ranges inside the park, or you can stay “in France” and travel to EuroDisney by train or car.

Hotels and hostels in Paris

For backpackers wanting somewhere cheap to stay in the city itself, there is the ‘Hotel Alize Grenelle Tour Eiffel’ on Avenue Emile Zola, between the Tour and the Porte de Versailles. Rooms are soundproofed and there is free Wifi and parking nearby. As an alternative, try the ‘Perfect Hostel’, within walking distance of the Moulin Rouge and Sacre Coeur. This hotel for backpackers and families on a budget has ensuite rooms for two or three, and a lounge and TV room for socialising. A three-star hotel in traditional Parisian style is the ‘Hotel Left Bank Saint Germain’. Here the 31 rooms are air-conditioned and there is a flowery courtyard to relax in. Wifi is free here too. In the four-star hotel category, try the ‘Citadines Prestige Les Halles’, an apartment-hotel just 500m from the Pompidou Centre and a ten minute walk from The Louvre. (There is a metro station close by too.) Each air-conditioned apartment has a private bathroom and kitchen with microwave, fridge and dishwasher. Also within walking distance of the main sights but at the luxury end of the range is ‘Le 123 Sebastopol – Astotel’ (i.e. the Astotel group’s hotel in boulevard Sebastopol). The whole hotel is themed around cinema, and each room is individually styled with unique cinematic décor – it’s a shame you will only get to see inside one of them (though there are pictures of others on the hotel’s website)!