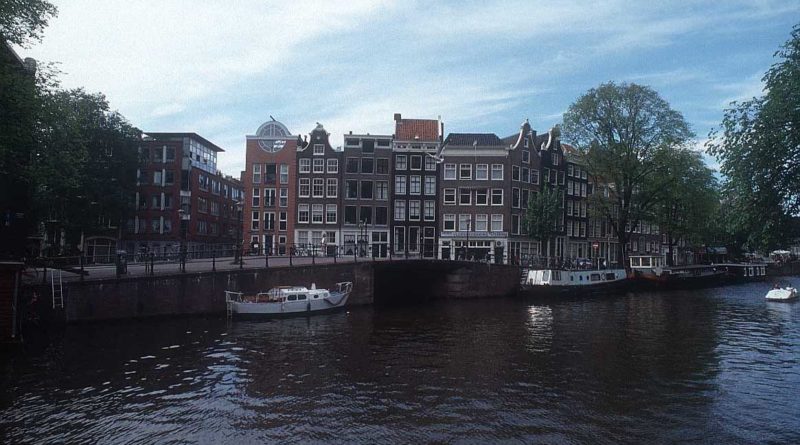 Amsterdam, the capital of the Netherlands, is among the world’s finest and most interesting cities. It derives its specific character from numerous canals and historical monuments. Most of the 7,000 monuments date from the ‘Golden Age’ in the 17th century, when trade brought great affluence to the city. Amsterdam is often referred to as one of the most colourful cities in the world as these pictures show.

The Royal Palace is located on the Dam in Amsterdam. It was built 350 years ago as the City Hall of Amsterdam. It is not Queen Beatrix’s place of residence but she occasionally receives important guests there.

In Madame Tussauds Amsterdam you can meet famous Dutch and foreign personalities. There are 130 life-like wax figures on display.

The Rijksmuseum is sometimes called Holland’s treasure trove. The largest museum for art and history in the Netherlands, is world famous for its collection. The Rijksmuseum has five departments: Paintings, Sculpture and Applied Arts, Print Cabinet, Asian Art and Dutch History. The centrepiece of the collection is the renowned paintings from Holland’s Golden Age. Here you will find works by Vermeer, Frans Hals, Jan Steen and Rembrandt.

Van Gogh Museum: There is no other place in the world where you can see so many of Vincent van Gogh’s paintings under one roof. The Museum is situated on the Museumplein in Amsterdam, between the Rijksmuseum and the Stedelijk Museum.

Beurs (Exchange). The renowned Amsterdam architect H.P. Berlage designed the Beurs in 1903, better known to the Amsterdammers as “Beurs van Berlage.” With its sober, brick facades, its restrained ornamentation and its iron roof, the Beurs marks the beginning of modern architecture in Holland.

The Anne Frank House is situated in the centre Amsterdam: the hiding place where Anne Frank wrote her famous diary during World War II. If this exhibition impresses you with the humanity and immense bravery of those Dutch citizens who risked their own lives hiding Jews during the Second World War, you won’t want to miss the less well known but fascinating Dutch Resistance Museum (Amsterdams Verzetsmuseum). Although a little less central (take the no. 9 tram from Central Station and get off at the zoo), it is well worth the effort to learn so much about life in Holland under the Nazi occupation. There is a café and shop in the museum. (Opens daily but not till 10.00 Tuesday to Friday and not till 11.00 Saturday to Monday.)

Amsterdam must have one of the widest choices of accommodation of any city in the world, and all budgets and tastes are catered for. If you ever decide to move to Amsterdam and you need help, you can contact the experts from BloklandVerhuizingen website and they can do the tough job for you. Some of the really cheap hotels and hostels are of poor quality, and it is advisable to read some reviews before you book. The 2-star Alp Hotel is right in the centre and offers 16 en-suite rooms, some with a balcony. There is no restaurant, but the hotel gives you free hot drinks and fruit all day, and there are cafes and restaurants nearby. You can walk from here to many of the museums mentioned above. Similarly handy for the museum district and next to the Vondelpark is the 3-star Hotel Parkview. There is breakfast available in the lounge, and again there are cafes and restaurants nearby. The hotel has free Wifi. In the 4-star category, try the highly rated Hotel Estherea, a boutique hotel on the Singel Canal, in a quiet area but still in the centre of the city. Some rooms have a canal view, but in any case you can see the canal from the lounge, where they serve free hot drinks and will lend you an iPad free of charge during your stay (but Wifi is only free in the lobby). Finally, and also in the canal district, is the 5-star ‘lifestyle hotel’ Andaz Amsterdam Prinsengracht (a Hyatt Hotel). All 122 rooms have been individually designed and offer the usual luxurious extras that you would expect. The hotel offers free bikes (the way to get around in Amsterdam) and has a Spa and Wellness Centre. Unusually for some more expensive hotels, Wifi is free.