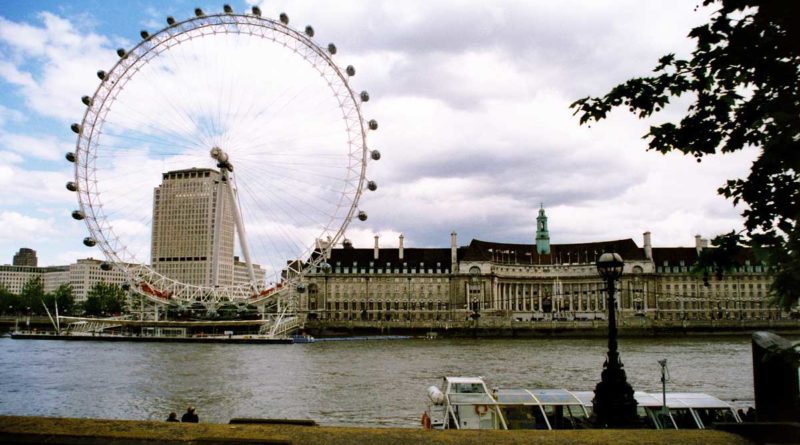 The main geographical feature of London is the River Thames. The central area and the most important sights, theatres and restaurants are on the north bank of the river. The trendy and tourist-ridden West includes Soho, Trafalgar Square, Piccadilly Circus, Leicester Square and Regent St. The East End lies east of the Circle Line; it used to be the exclusive preserve of the Cockney but is now a cultural melting pot. Accommodation in London is expensive and in short supply in July and August.

City of London: it’s only one square mile in area and contains the Bank of England, The Stock Exchange, the share dealing and finance companies, and the international banks.

Trafalgar Square: It’s the heart of visitors’ London, beating with tour buses, cameras and flocks of persistent pigeons. On the square’s northern edge is the National Gallery.

Houses of Parliament: The building includes the House of Commons and the House of Lords. There’s restricted access to the chambers when they’re in session, but a visit around 6pm will avoid the worst of the crowds.

Tower Bridge was completed in 1894, after 8 years of construction. It is one of the world’s most famous bridges. 150,000 vehicles cross it every day. Over 900 times a year the roadway parts and lifts to let tall ships, cruise liners and other large craft pass through.

The Globe Theatre: A faithful replica of Shakespeare’s original 1599 round theatre on the South Bank of the River Thames, which was the inspired dream of actor Sam Wanamaker – a dream which finally came true after his death, in 1997. The open-air Globe has performances from April to October of Shakespeare’s plays and plays by his less well-known contemporaries, as well as modern plays about the renaissance period. There is an excellent museum, and a combined Exhibition Tour-and-theatre ticket is available. (It is essential to book in July and August, and advisable most of the season.)

On the same site as the Globe is the new Sam Wanamaker Playhouse, a replica of Shakespeare’s indoor candle-lit theatre at Blackfriars.

Covent Garden, the former fruit and vegetable wholesale market for all of London has been transformed into an exciting shopping and leisure area with something for everyone. The various Victorian-era market halls now sell antiques and crafts, and bars, clubs, restaurants and cafes abound. Opera and ballet audiences rub shoulders with street performers, and family events are frequent. If you are coming to London by Eurostar train, you will arrive at St Pancras Station, but if you are not, this newly refurbished terminus is still well worth a visit. The architecturally important building was saved from destruction at the last minute in the 1960s and it has now been redeveloped into what some consider the world’s most wonderful railway station.

The Premier Inn at Tower Bridge is a popular place to stay with visitors from other parts of England and overseas tourists alike, being convenient for sightseeing in London. Although not the cheapest, the Premier Inn chain offers reliable quality stays, and since they have over 20 hotels in Central London, you should be able to find one in your chosen area.

A cheaper alternative but still of acceptable quality is the Travelodge hotel group. They have over 50 hotels in Central London, including one at Tower Bridge and one at Covent Garden. Both hotel chains have hotels at St Pancras and many other London mainline stations.