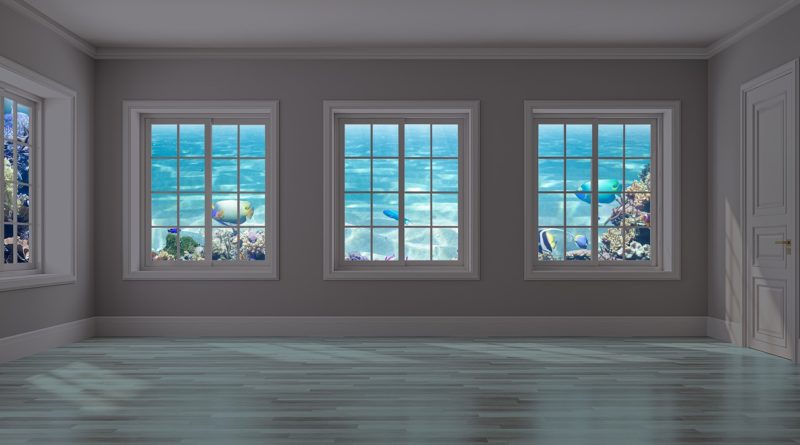 Have you ever wondered what it would be like to explore the world under the sea, With underwater cruise ship rooms, you can do just that! These rooms let you experience everything from coral reefs to schools of fish without having to get wet. Plus, they’re a great way to add a little excitement to your vacation. So if you’re looking for a unique and adventurous travel experience, check some of the best ship rooms out there. You won’t regret it!

What are underwater cruise ship rooms?

The majority of people do not consider what’s underneath the waters of cruise ships. But for certain, it might be an interesting thing to look at. The two lower decks are typically restricted to crew only and rooms aren’t accessible to visitors. What exactly are these submerged rooms on cruise ships for?

While the bottoms of cruise ships may appear to be wide, they’re actually quite narrow in comparison to the rest of the vessel. They generally are no greater than 30 feet or 9.1 meters below sea level, which is less than 10 percent of the overall height.

Rooms for Cruise Ships in the Underwater

You can now enjoy all the wonders of the sea without even getting wet! Underwater cruise ship rooms are typically located near the ship’s hull, providing guests with a stunning view of the marine life swimming by.

Imagine swimming in the ocean and then coming up to your room to find a bed, TV, and mini-bar waiting for you.

Many rooms also feature large windows that let in natural light, providing a bright and airy space to relax in. Cruise lines are now offering Underwater Cruise Ship Rooms that let you experience the beauty of the sea while lying in bed.

And don’t worry – these rooms are fully equipped with all the amenities you need, including air conditioning and private bathrooms.

So whether you’re an experienced scuba diver or simply looking to explore the world beneath the waves, underwater cruise ship rooms are sure to provide an unforgettable experience. Some of these rooms even have large windows that give you a perfect view of the marine life swimming around you.

In the year 2019 Ponant the French expedition company, unveiled the world’s first underwater lounge. Blue Eye created by the architect Jacques Rougerie, is a spacious, multi-sensory space set that is on four vessels of the fleet of Le Dumont-d’Urville, Le Bougainville, Le Champlain, and Le Laperouse.

Onboard, passengers can walk under the waterline to the lounge. Two huge glass portholes resemble the eyes of whales, allowing passengers to enjoy a stunning ocean view while spotting the exotic species of marine life and different marine animals.

The lounges also have digital screens that show live images that were recorded using three cameras underwater and they are accompanied by underwater surround sound.

The sound originates from noises that occur within a radius of three miles from the ship. The couches of the lounge vibrate in sync with the sea and make you feel as if you are being a part of the ocean.

There is a place for the staff on the decks for the crew. On certain vessels, they’re either beneath the water or just below the waterline. The department that they are in will determine whether the crew members are in dorms and have the ability to access typical eating places, bars, and gyms.

The orlop is one of the It is on the lower of the four floors beneath sea level. This is considered to be the bottom deck on a cruise vessel and is the most distant from the rear of the ship. The space is typically used for the storage of cables and ropes and might have earned its name because of the cables that typically cover the space.

Although it may sound like an incredibly fast-paced road, I-95 is located below decks for public use. It is the primary route that runs from the forward side towards the Aft. It provides crew members with access to the various areas of the vessel.

In the course of time, this bustling region was named I-95. I-95 in honor of the famed interstate which runs along the East Coast to the U.S. and ends in Miami (which is, in a way the capital of cruise ships).

Its look is similar to what you would think. It appears to be an extended hallway with storage spaces and doors that lead to various spaces. It’s a well-designed layout that is constantly busy with the fast-paced actions of employees and personnel.

Crew Bar and the OB

Cruise ships have lounges where guests can relax and take a break and relax. The crew can enjoy the same amenities. Its OB (or officer’s bar) offers exclusive space for officers’ spas, cruise, and entertainment personnel.

The bar for crew members is open to anyone employed at the ship. Drinks are less expensive in the crew bars, and there are activities and music to relax during their downtime. It’s a popular spot to buy things for your cabin.

If there were ports that were not able to be reached due to weather storms or other events that affect the itinerary won’t allow the newsletter to be published. This would give inaccurate and misleading information.

Every ship has an underwater space that has a print shop in which news announcements, daily planners, notes, and flyers are made.