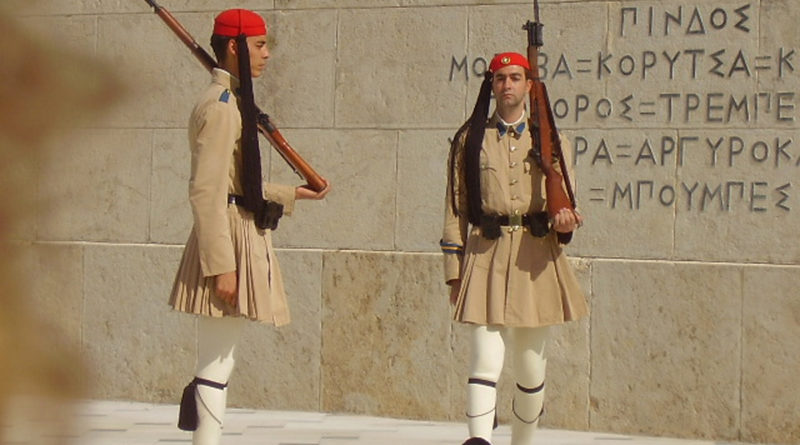 This list of essential places to visit in Greece is not something that you should just check out, but the places, if you are visiting that part of the Mediterranean country that you should not miss. Even if they are a bit out of your way, paying extra to see them will pay out even more in experience.  There aren’t that many countries that have such a mixture of natural beauty and human history as Greece. A traveler could spend years traveling from one historic monument to another, and from one picturesque view to the next and still find something new after that.

Literally meaning ‘high town’, the Acropolis of Athens is a magnificent sight that can be glimpsed from every corner of the capital. Built more than 24 centuries ago, the locale is not a living part of Athens but is a monument to the cities enduring greatness over the ages.

While it is not strange for a city to have a church of the same name, rarely is that church dedicated to an ancient Goddess that, as the myth goes, gifted the town its signature olive tree, a symbol of peace.

For anyone coming into the capital of Greece, this is definitely a landmark they will see, but one that they should also never miss to visit.

Situated just outside of the town of Trikala, Meteora is a sight to behold both as a natural wonder and an architectural marvel. On the very top of the rocks that seem like someone just plugged them into the ground lay a set of Orthodox churches that can and should be visited by travelers.

The oldest structure surviving to today is the Monastery of the Holy Trinity, built back in 1475, currently acting as a home to four Greek Orthodox monks.

For those more interested in nature, the caves under Meteora have been a home to people even before Homo Sapiens Sapientis migrated to Europe, way back in 50.000 BCE.

The island is known worldwide for picturesque views of white buildings one on top of the other, with blue details popping out seemingly at random. But, the tourism appeal is not the only selling feature of the Island of Saint Irene.

Namely, the coves and towns on the encircling tops have a rich history both connected to human settlements and not. The massive volcano in the middle was the central focus of many catastrophes, some even described in the Bible.

The name of the island was given in the 13th century by the invading Latin Empire, by building the Basilica of St. Irene in the town of Perissa, where its ruins still lie.

Mount Athos, or the Holy Mount, is one of the most sacred places in the world for Orthodox Christians. It is located on the northernmost ‘finger’ of the Chalkidiki peninsula and while accessible by land it is usually visited via ferryboat from Sithonia.

Regretfully, women are generally not permitted to enter the monasteries. Female animals are not allowed access as well. While this will sound strange and discriminatory for some, for others it will sound like paradise.

The monasteries inside are phenomenal, and visitors should try some of the many types of wine made by the monks.

Remnants of one of the oldest civilizations in the world, Mycenae is a marvelous archeological site that should be visited by everyone coming onto the Peloponnesus peninsula (or island now, if you want to be technical).

New things about the locale are still being found out, but from stories, we know that the city was founded by the legendary hero Perseus, known by slaying the Medusa. Also, this is the place where the Trojan War started after Paris stole Helen of Troy from Menelaus, brother to the King of Mycenae.

Visitors should walk under the ancient Lion’s Gate, said to bring wisdom to those who pass through.

It is hard to visit the ancient and medieval cultures of Greece, Turkey, Egypt, and Italy all in an afternoon, except if you are in Chania, on the Island of Crete.

The island as a whole has been populated by humans for quite a while now, with some of the remains showing dates well before 130.000 years, with the Homo Sapiens Sapientis human migrants mixing with the domestic Homo Sapiens Neanderthalensis population.

Although much newer than some sites on Crete, Chania is specific for the Venetian influence on the city, and the old harbor based in the Jewish quarter. A calm walk from the square dedicated to Talos, the ancient robot warrior, to the Venetian lighthouse is an experience everyone will remember.