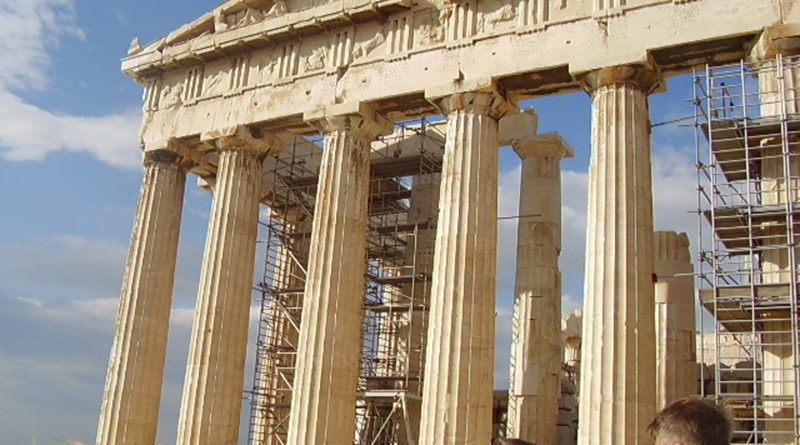 The Athens historical landmarks are really the best option to visit. To go to the city of Athens is to visit a lot of historical sites, which do not exist anywhere else in the world. Although the years go by, these sites are undoubtedly the best thing that all Greece has, visiting these “magic” places is to connect with the ancient world.  One could say that Athens is the place of the millenary culture, the place where the first thinkers of history appeared and also the first civilization. Athens gives a mixture of the ancient world with the modern one, but without a doubt everything that has to do with the remains of its civilization is what attracts millions of tourists to that city, which knows how to make the most of this attraction.

Every trip to Athens has to start with a visit to the Acropolis, where everything was born. The Acropolis is an important place in the development of history, so you must know it thoroughly. It’s a unique and worthwhile place. From the top of the mountain you will have one of the best views of Athens, and you will also be able to see another of the historical monuments that can be found on Greek territory.

The Parthenon is the center of the Acropolis. It consists of 46 wooden columns covered in ivory and gold, which are still standing, thanks to constant restoration and although on many occasions there are cranes that spoil the pictures, it is undoubtedly a place with a great mystique. It was built in honor of the goddess Athena, protector of Athens, besides having a giant statue in the middle of the building. The best time to go to the Parthenon is either very early in the morning, noon or late afternoon, since the rest of the day the large number of tourists avoid enjoying this monument quietly.

A place that despite having a short time of existence quickly became a very visited place by tourists. Your entrance fee is paid separately from the Acropolis. The structure of the museum is very modern, made of steel and glass, it holds many collections of the remains of Greek civilization, as well as the statues of the Caryatids. There are more than 4 thousand pieces in its different exhibitions.

The ruins of these spectacular works that were built in ancient times still remain. Located in a large green esplanade, it allows you to see the columns, although there are still 15 standing of the 104 that were built in marble. There you can see Hadrian’s Gate, which is an arch more than 15 meters high and at the time served to separate the old city from the modern, despite the years, the greatness of the place remains. And of course there is the Temple of Zeus that was built in his honor, at the time there was a statue, but it was destroyed over the years.

A historical and commercial district of Athens, you can’t miss it, it’s near the Acropolis, it’s full of restaurants, so after walking through its narrow and steep streets that look like a maze nothing better than enjoying a delicious meal. The colorfulness in each of its houses makes it a charming place, undoubtedly beautiful. There are also shops to buy the little souvenirs we always want to take home or give to friends.

Take advantage that you are in Plaka and go to the Roman Agora, another place of interest in terms of history, there are still some remains, there is little left standing, but it helps you imagine what was once there. Among the best preserved is the Tower of the Winds.

A central point of political, commercial and social life in ancient Athens, this is where the inhabitants of the Greek capital gathered to discuss the most important issues of the day. The Agora was a group of buildings where politics took the lead, where elections were held and laws were discussed. There you can see the Agora Museum that gathers many pieces that were recovered in the excavations carried out in the place. It was built in the same place where the Sta Atalo was built, which worked as a shopping center. There you can see sandals, vessels that were used at the time, as well as fragments of ceramics. There is also the Temple of Hephaestus, which is well-preserved and can be visited. Made of marble, it is breathtaking.