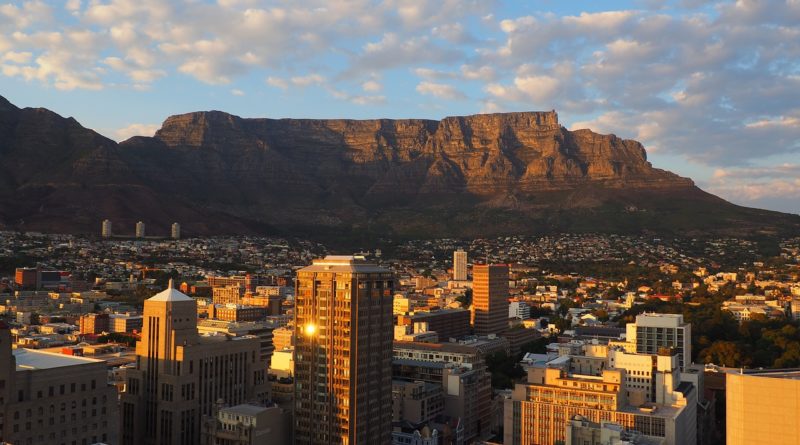 There are a lot of reasons to visit Cape Town, a beautiful and vibrant port city, in Southern Africa and I’m going to show you exactly why that is with a rundown of some of the nicest places found in and around the bustling metropolis.

It goes without saying that Table Mountain is an unmissable sight when in Cape Town and it’s pretty hard not to see since Cape Town is flanked by its snow-pecked precipice. If simply looking at the stunning 3,559-foot mountain isn’t enough for you, there are cable car rides taking you along its summit and guided hikes up its ascent. Table Mountain is actually the prominent landmark of Table Mountain National Park and the park is so large it stretches from the north of Cape Town to the Cape Peninsula, offering the most breathtaking views of the city and of the Bay. It’s something you really don’t want to miss out on when visiting Cape Town.

If you like nature or you’re a bit of an adrenaline junkie – or even if you’re both – then taking a tour of Shark Alley is for you. Cape Town is a tourist hotspot when it comes to shark cage diving since Gansbaai Harbour is the home to the activity. Many shark-related activities take place from here, including going out on the boats that take you to Shark Alley. If getting up close and personal with a shark isn’t your cup of tea, then you can watch shark feeding from a boat tour or simply stay on the dock and watch the spectacle from dry land.

Nestled at the eastern foot of the majestic Table Mountain, Kirstenbosch National Botanical Garden is world famous and that really comes as no surprise considering the sheer beauty of its vegetation. Its year-round beauty draws hundreds of people, both local and international, but nothing surpasses the vibrant charm of Kirstenbosch in its winter and spring months where people simply flock to take in the sights. What’s more, Kirstenbosch isn’t just home to faun and fauna; it’s also a place for a variety of wonderful events from the annual food market to renowned summer sunset concerts.

Not many people recognize the name of the island but they’ll undoubtedly recognize the name of the person who spent time here in its now antiquated and defunct prison: Nelson Mandela. Robben Island Prison was the location where many prisoners were held during the War on Apartheid, but since 1996, the prison closed its doors and became a UNESCO World Heritage Site. Tours now take place in its concrete halls by ex-prisoners who once lived there. It is quite the humbling experience to walk around the former prison while confronting the horrifying reality of racism and inequality that many of its inhabitants faced. Once a site of oppression, Robben Island Prison is now the landmark of strength and hope that turned the tide against marginalization.

Away from the political backwash of Robben Island Prison, is the beauty of Robben Island itself and it is home to another, quite different inhabitant. To the east of Boulders Beach is the famed Boulders Beach Penguin Sanctuary. Over 2,000 rare South African penguins make their home here and it is open to members of the public who wish to see them in their natural habitat. Going further afield is Lepers Graveyard and it is so large it spans from the administration offices of the former prison to Kramat. The graveyard holds the late inhabitants of Robben Island, those isolated from mainland Africa either because they had the then misunderstood disease or they were cast out because of mental illness. Robben Island does have quite a dark history, but nowadays the sights and the numerous activities brighten its future. There are many wondrous and wonderful sights to behold in Cape Town and many adventures awaiting there too, but don’t take my word for it. It’s something you must really experience for yourself. If you have never been abroad or you’re planning your next vacation, make sure you visit Cape Town. The nature, the sights, the culture and the history should make your mind up for you.