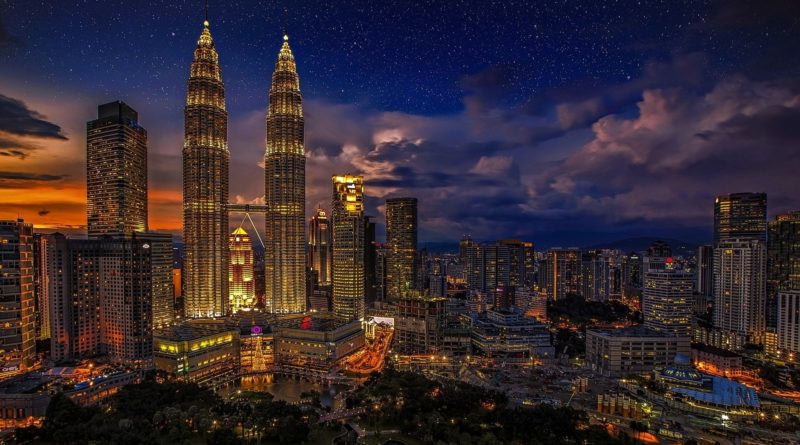 Even for regional tourists that might be familiar with the culture and architecture of Malaysia, this country is an amazing place to visit. But, when it comes to international tourists, it is simply breathtaking.

Regardless if you are looking for relaxation, culture, history, or nature, there is something amazing to see all across Malaysia. Although it might be called a microcosm of multiple global influences, the country is not small by any means and one would need many years to truly learn about all it has to offer.

Similar to many places in Southeast Asia, this place is a mixture of multiple cultures that have been here through the ages. But, where most places are a simple mix of domestic populations and colonizers, Malaysia is different.

Through the years, the country had waves upon waves of different influences. These were all adopted by the people already having a rich and diverse culture, preventing assimilation, but facilitating changes.

Today, Malaysia is certainly a modern country with eyes set to the future. But, it is hard not to notice the variety of traditions it is willing to bring with it, either planned or by accident.

Malaysia: A World of Wonders

This list is by no means exhaustive. It would be hard to go in any direction in Malaysia and not find something worth seeing. Rather, this is a subjective list of places that you can’t afford to miss.

There is a visible effort from the people to conserve what they have. This is both in regards to culture and nature. Because of this, those in love with history will have a field day, which can easily turn into a field year as they get enamored.

And for those in pursuit of nature, the experience will be the same. With a number of preserves, parks, conservation areas, and natural landmarks, it is no wonder why this country is seeing so many tourists every year.

The Menara Kuala Lumpur, how it’s called in Malay is probably the first thing anyone should visit when coming to Malaysia through the Kuala Lumpur International Airport. Not only is this magnificent structure one of the most recognizable landmarks of the Capital, but it is also a great way to start your journey through the city.

Because the tower can be seen from almost any point in the center, it is very easy to use it as a tool for navigation. Most locals do this as well, as it is easier than looking through the GPS.

But, the structure itself is remarkable. In many ways, it signified the opening of the country 30 years ago. And while the antenna is used to transfer terrestrial television, the tower itself is used to facilitate a number of religious customs and ceremonies.

This national park is not only significant to the country or region, but it is globally one of the most interesting places to visit. While those focusing on biology and dendrology will have an amazing time with the local flora, the real winners would be those who like caves.

Speleologists and geologists have been coming to this location for more than a century, and always want to return.

The limestone pinnacles of Mount Api are a marvel on their own. But, if you want to go deeper, you might just find a place nobody has reached before, because the intricate network of caves under the mountain isn’t fully explored to this day.

By looking at the building one might not realize which strange and mystical culture was its builder. It was, in fact, the British. It was built to be the sight of the British colonial administration office in Kuala Lumpur.

The influence for architectural design is pure aestheticism. While some might describe it as Neo-Mughal or Indo-Saracenic, it was mostly built how the Brits thought the ancient palaces of Indian kings looked.

But, it is remarkably beautiful, and as such, it was kept after Malaysia’s independence in its original form and even added upon.

For those with good legs, the Batu Caves (meaning ‘Rock Caves’) is a sight you can’t miss.

For nature lovers, it is a magnificent site of intricate limestone caves with stalactites spanning for dozens of meters. Also, the inner openings make the caves relatively lit with natural light, making them look even better.

But, for culture and history lovers, those caves will be overshadowed by the story behind them. Namely, for the last decade and a half, the entrance of the caves is guarded by an enormous statue of Murugan, the Hindu god of war.

It is said that in these very caves, Murugan defeated the demon-king Surapadma. Prior to that, the demon was poised on conquering the world because he was told that nobody but a child of Shiva could kill him. Thankfully, Murugan was not only the son of Shiva but also an ever-youthful warrior for justice.

This temple is not only an important site to visit in Kuala Lumpur because of its religious significance to the Hindu worshipers in the region, especially the Tamil, but also for its sheer beauty.

The central gopuram has five stories and is decorated with 228 idols that are there to give protection and guidance to the faithful and worthy.

Although the current building is relatively new for Malay standards, finished in 1968, there was a temple on the same spot for a century before that. It was built by the Tamil community and shows their influence in the city, mixing with all the others.