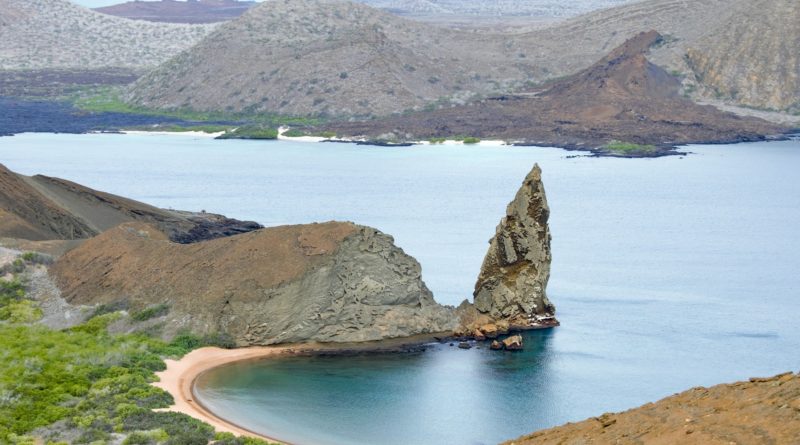 Ecuador is one of the most intriguing nations in South America. It makes up for its small size with an assortment of native tribes, colonial architecture, beautiful scenery, and thick rainforests. It has  Colombia and the Pacific Ocean as its borders — it is not larger than most states in the US. This magnificent nation attracts hikers, trekkers, explorers, and nature lovers to its green, ecologically significant forests, wildlife watchers to its iconic Galápagos Islands, and sun-seekers to its sandy tropical beaches.

Originally part of the Inca and later the Spanish Empires, Ecuador also shows numerous influence from both civilizations most prominently in its people’s vibrant culture and the impressive colonial architecture of Quito’s capital city. Most of the city has been designated a UNESCO World Heritage Site.

To help in your visit to Ecuador, we have compiled a list of the best attractions in this magnificent land.

The Galápagos Islands have fascinated and influenced visitors from around the world since their ‘finding’ in the 16th century. Called after the giant tortoises on the islands, this UNESCO World Heritage Site is host to remarkable biodiversity that has developed entirely without human pressures (the mainland of Ecuador lies about 1,000 kilometers east). Not just that, it also offers an excellent chance for wildlife watching.

The Galápagos Islands continue to be among the world’s most active volcanic areas, and island formation is still underway. Many of the 13 major islands, six other smaller islands, and 42 islets that comprise the Galápagos were proclaimed a part of the Galápagos National Park in the 1950s. Exploring this delicate habitat can only be done as part of a guided tour of selected tourist sites. However, there are one or two places where tourists can go without a guide, including several areas popular with scuba divers.

The significant appeal here is the several varieties of birds. Twenty-eight of which are endemic to the islands, such as the flightless cormorant, waved albatross, and Galápagos penguin, as well as the 13 varieties of the famed finches of Darwin. Hot Tip: Be sure to schedule a behind-the-scenes visit to the Charles Darwin Experimental Station on Santa Cruz Island in Puerto Ayora (tours to this important testing center can be provided before your arrival).

Cotopaxi and Cajas are the most famous national parks in Ecuador. They are within convenient commuting distance from the cities of Cuenca and Quito. Among the two, Cotopaxi National Park or Parque Nacional Cotopaxi, only 50 kilometers south of Quito, is probably the better-recognized. Thanks to the large (currently active) Cotopaxi volcano that dominates the region and the smaller volcanoes of Rumiñawi and Sincholagua.

In the beautiful highlands of Ecuador, approximately 30 kilometers from Cuenca  Cajas National Park or Parque Nacional Cajas provides a different perspective credited to its many hills and valleys. This view makes it a perfect spot for hiking and biking. Thanks to its more than 270 lagoons and glacier-fed lakes, it’s also a pleasure for watersports lovers, notably kayakers and canoeists.

Lastly, Podocarpus National Park, also called “America’s Botanical Garden,” provides a vast assortment of flora and fauna. In the southeastern part of the nation, the tropical mountain forests are host to over 4,000 varieties of trees and plants  (some as large as 40 meters), such as the popular cinchona, the national tree of Ecuador.

The Boardwalk of Guayaquil

In Ecuador, in terms of population (2.3 million), the biggest city, Guayaquil ‘s Pacific port, is regarded as the entrance leading to the Galápagos Islands. Apart from its various historic sites, Guayaquil exhibits excellent entertainment and shopping opportunities in its many scenic squares and plazas and its beautiful coastline.

For those who enjoy exploring on foot, the main attraction is the majestic Malecón 2000, a two and a half kilometer long boardwalk adjoining to the Guayas River. Unquestionably one of the most unforgettable walks in the country, this spectacular urban development initiative runs down the west side of the river through several of the city’s most beautiful attractions, like major historical landmarks, museums, gardens, and entertainment. Take a tour boat on an evening ride through the river for a special treat, while the town is lit up to stunning effect.

Some attractions include the magnificent Metropolitan Cathedral of Guayaquil and the Antropológico y de Arte Contemporaneo Museum. Its exciting exhibits and collections reflect on the vibrant culture and background of the region.

The lovely city of Cuenca ‘formally called Santa Ana de Los cuatro ríos de Cuenca and host of about 330,000 people, is situated in southern Ecuador and is a beautiful place to visit on foot. It is designated a UNESCO World Heritage Site. The region bulges with magnificent European styles and 400-year-old architectural gems that include both Spanish and Indian elements.

Most of Cuenca’s main attractions are still found in the ancient city center, one of the most significant being the Cathedral of Cuenca (Iglesia del Sagrario). Constructed in 1567 with stones from neighboring Inca buildings, high points include 1739 old organ, 1751 tower clock, and the Museum of Religious Art.

The vast New Cathedral of Cuenca, constructed in the 1960s is hard to overlook due to its three magnificent blue-tiled domes, is also worth a visit. Also worth visiting is the San Sebastian Cathedral, with its combination of Gothic and Neoclassical features.

As you stroll through the smooth narrow roads of Cuenca, be sure to spend a little time exploring the several parks and squares in the heart of the old town. Including Calderon Park; Plaza San Blas Square, dominated by the San Blas Church; and Plaza de San Francisco with its merchants selling textiles and other goods.

Up in the Andes, Ecuador ‘s capital Quito is full of colonial art and is  South America’s most significant historical hub. Preserved as a UNESCO World Heritage Site with its numerous ancient temples, charming public squares, and world-class museums, this 1.6 million-strong city has long been a favorite of artisans. It is a perfect place to shop with local art and crafts, from ceramics and wood carvings to vibrant clothes.

San Francisco Church is a popular site on Plaza San Francisco in Quito’s historic core. The whitewashed twin towers of the cathedral, dating back to the first half of the 1500s, face either side of the gateway to this vast building. It is notable for its magnificent baroque interior and the San Francisco Convent Gallery, with its biblical paintings, sculptures, carvings, porcelain, textiles, and handmade furniture.

Some magnificent churches to visit include the Church of La Compania de Jesus, founded in the early 17th century and identified by UNESCO as one of the world’s top 100 most significant structures, and the Cathedral of Quito, Basílica del Voto Nacional, established in the 1560s.

One of the best activities to do here is to visit Plaza Grande, a stunning square surrounded by significant points of interest, like the Cathedral, Presidential House, Archbishop’s House, and Municipal Hall, as well as Calle La Ronda, a bustling street lined with bars, shops, art galleries, and other attractions.

Ecuador remains a popular tourist destination for many destinations around the world. Its people are very welcoming to everyone, regardless of nationality, as tourism is a significant contributor to the country’s economy. If you don’t have the country on your list of places you want to visit, you will be missing out on a lot of ancient and historical landmarks. The next time you want to go on a holiday trip, consider Ecuador as one of your destinations.