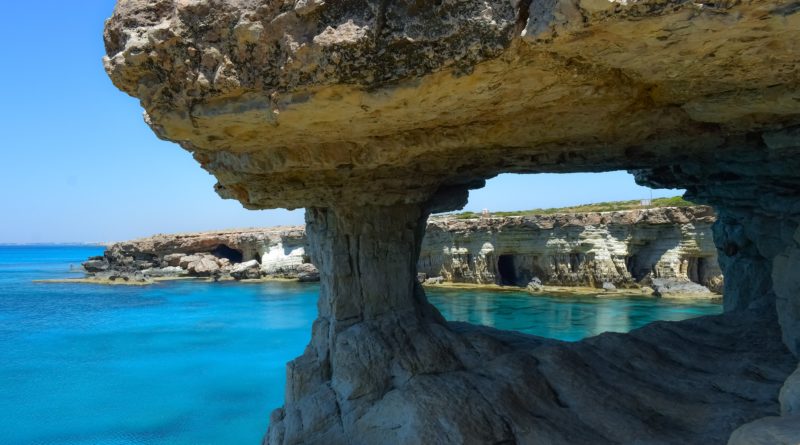 By some estimates, there are over 10.000 islands spread across the Mediterranean, with more than half situated in Greece alone. You would need multiple lifetimes to visit all of them. Some are simple rocks that protrude from the sea, while others are magnificent regions, sometimes housing whole countries.

But, for someone planning their first adventure to this region of Europe, there are some places that can’t be missed. Regardless if you are a restless soul that yearns for the unknown, an avid historophile, or simply wanting to find the next big party, these islands will have something for you.

There are few places in the Mediterranean that are not worth a visit. But, if you are coming to the region, these are places that you just can’t afford to miss.

Although some might argue that Rome is the center of the Mediterranean. The Romans did call it Mare Nostrum or ‘Our Sea’, which as a Brit I can respect. But, there is no real starting point to your adventure. East to west, north to south, you are bound to encounter an adventure.

Starting your map from left to right is more of a technical choice than anything else. You will not go wrong if you start your journey through this list in reverse.

We are starting with an island that is not really an island, at least not anymore. While the old town of Tarifa is located on the mainland, the island with the same name looming over is on the south.

Even including all other European islands, this is the southernmost point in all of Europe and the closest point between Europe and Africa.

The old town is one of the most charming spots with streets built to protect from the constant warm winds blowing from the south. The beaches of clear white sand are surrounding it to create the Costa del Luz, the ‘’Light Coast’’.

The name of the town might sound familiar because it is the basis for the word ‘tariff’. But, this place never served for such administrative purposes. Rather, it is from the name of Tarif ibn Malik, an Umayyad general who conquered it in 710 A.D.

If you are in pursuit of history, or a good tan, this is the place to begin.

It is fascinating that most people will recognize the names of Majorca, Menorca, and Ibiza, but few will realize that these places all form a single chain of islands.

This is mainly because they are all so different. If you are out for history, you can’t miss Majorca as the city of Palma is now counting 22 centuries of recorded habitation. But, if you are there for a relaxing vacation, the calm beaches of Menorca are silent and soothing.

And finally, there is Ibiza. Out of all things happening on this little island, electronic music and gambling on one of the island’s many casinos are probably the timidest and best for your health.

Those in the know will notice that we have skipped the three large islands on the way: Sicily, Sardinia, and Corsica. Because of their size, they should be destinations for themselves and not a part of a bigger list.

But, the small island nation of Malta is often overlooked and missed, even though it is in the dead center of the Mediterranean. And, there are few places like Malta that are interesting because of so many factors.

For history, there is too much to mention. There are churches and monuments spanning for thousands of years, all the way back to the Stone Age. Also, there is a visible mixture of Italian, Arabic, as well as English influences all over the island. It is also the only European nation outside of Britain where English is the official language.

And when it comes to languages, you will hear four quite often on the island, and you should never ask anyone present to name them. Aside from English, there is Maltese, the traditional language of the island’s inhabitants. But, there is also a huge Yugoslavian diaspora on the island, many of them born here.

Finally, there are a number of Scandinavian expats that form the fourth language group you will hear often.

This diversity of culture, history, geography, and many others is the reason why everyone passing through the Mediterranean should visit.

Last, but by no means least, Cyprus is the Jewel of the Mediterranean and a place where mythology, history, and reality meet.

Anyone coming to the island for the first time will be informed about one thing, and that is the division. There are two parts of Cyprus, the south being predominantly Greek and the north being populated by Turks.

For 99% of the matters, these two communities live in peace and prosperity, and there is a lot of cooperation between the two. But, if you try to inquire about politics, you are in for a very bad ride. Enjoy the history, and the sights, as well as marvelous beaches, but keep the current affairs out of your questions and discussions.

Also, there are only a few places in the world where you can visit the birthplace of a goddess. Off the coast of Paphos, on the south-west side of the island, is where the goddess of love, beauty, and pleasure rose from the water.

If you are looking to bathe in the original sex-goddess bathwater, you can take a dip here.

Six down, roughly 9994 to go. The Mediterranean sea is such a vast region with so many countries, places, monuments, and events that it couldn’t be described in multiple books, though some have tried.

But, everyone needs to start somewhere. If you are planning your next trip and want to see what this part of the world has to offer, these are good places to start your adventure.