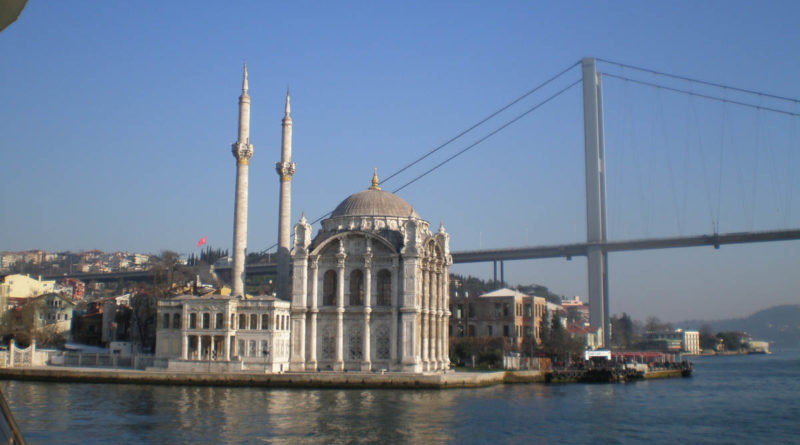 Over the last couple of years, Turkey became one of the leading global destinations for all traveling enthusiasts, with millions of tourists rushing to visit Istanbul, its capital city. The city itself is enriched with many historical, cultural, and natural landmarks, giving you all the more reason to visit Istanbul, and Turkey in general. Through centuries of its existence, many cultures and many rulers that came across this land have left their mark on this land, leaving gorgeous architectural monuments along the way. In the following article, we will list and dissect some of the most beautiful places you must visit in the city of Istanbul.

Hagia Sophia is probably the most well-known landmark of Istanbul, serving as a testament to the architectural beauty of both the Byzantine and the Ottoman Empire. Built in the early years of the 6th century, the building was an Orthodox Church, serving as a religious center for almost a thousand years. When it was initially built, the building was revolutionary in many regards, being the world’s largest building for a long time, and widely considered to be one of the Medieval World Wonders. After the Ottomans conquered the Byzantine Empire, in 1453 to be precise, the sultan Mehmed II turned the church into an Ottoman Imperial Mosque. It remained an important religious monument for many years to come, as the mosque itself was one of the most prestigious buildings of the Ottoman Empire and the principal mosque of the city of Istanbul. In 1934, the Turkish government turned the building into a secular museum, the service it has to this day. Having a breath-taking view of the city of Istanbul, Hagia Sophia is a place where you’ll see thousands of tourists taking landscape pictures and selfies every day. Architecturally speaking, Hagia Sophia is a masterpiece, built out of brick and mortar construction, decorated with four minarets that look like pillars guarding the mosque’s large central dome. Tourists can join daily tours, where they can explore the museum’s dazzling interior, as well as introduce themselves with the history of Hagia Sophia itself.

Sharing many similarities to Hagia Sophia, but often being overshadowed by it, Suleymaniye mosque is arguably one of the most beautiful Mosques Istanbul has to offer. Historically speaking, the mosque was built when the Ottoman Empire was ruled by Suleiman The Magnificent, who commissioned Mimar Sinan, the greatest architect of its time, to build a magnificent mosque that would reflect his glory as a leader. Aesthetically and architecturally, the mosque is similar to Hagia Sophia, having a massive dome that is surrounded by minarets, decorated with a beautiful garden in front of the entrance. Tourists can partake in daily tours here as well, enjoying the gorgeous-looking interior of the mosque, while drinking a cup of traditional Turkish tea.

Moving away from beautiful mosques, Istanbul has many other qualities to offer, the most popular one being The Grand Bazaar. As its name would suggest, The Grand Bazaar is a covered marketplace that today holds the title of one of the largest marketplaces in the world. It dates back to the 15th century, initially built to increase the economic prosperity of the traders at the time. Today, however, the marketplace is home to over 4,000 different shops, and the traffic every day reaches anywhere from 250,000-400.000 people. Unlike the usual mall shopping sprees tourists have, Istanbul gives travelers and common people alike the option to choose from over 4.000 different shops, in a more traditional environment that is unique to Turkish culture.

Unlike the buildings we previously mentioned, this medieval tower that reaches heights of 66.90m has many traits of the Romanesque architectural style. It’s a tall cylindrically capped tower, which at its highest point offers a great view of the entire city of Istanbul, making it a great destination for anyone looking to snap an impressive picture of Turkey’s capital. Additionally, it has a restaurant and a café at its very top and allows tourists from across the world to be mesmerized by the view of Turkey’s most beautiful city while enjoying traditional Turkish coffee or tea.

The last entry on this list is another testament to the beauty of the Ottoman architecture, named Topkapi Palace. Built in the 15th century, the palace served as the political center of the Ottoman Empire, with Ottoman sultans and rulers commanding the powerful empire from its halls for over 400 years. In 1923, similarly to Hagia Sophia, the Turkish government transformed the Topkapi Palace into a museum, a service it has to this day. Visually, the palace looks outstanding. It is surrounded by high walls that offered protection throughout the years and graced with the Imperial Gate upon entering, additionally decorated with four massive courtyards. Today, tourists can embark on tours where they can learn a lot about the history of Topkapi Palace and the Ottoman Empire while exploring some of the most important administrative rooms of the sultan, as well as his Harem.