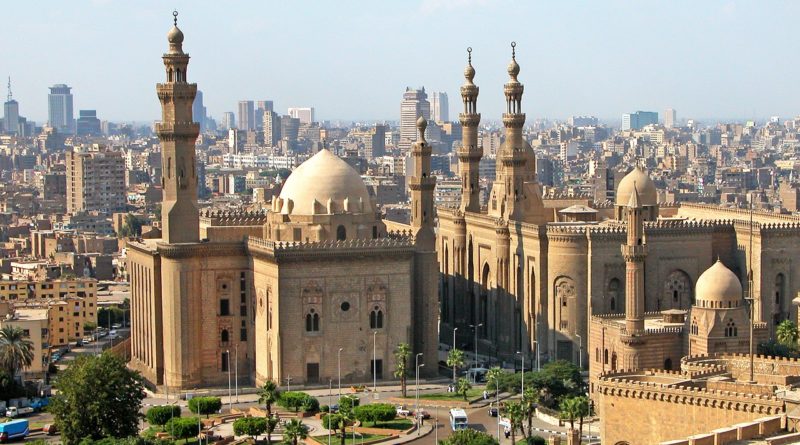 If there is a thing that needs to be on your bucket list, it has to be to visit Cairo. The entire city is a sensory buffet. Busy streets are filled with modern cars and donkey carts at the same time. Historical buildings stand next to contemporary ones. At every corner, your senses are teased with lively music, delicious aromas, calls to prayer, etc. Cairo is one of the rare cities where you can experience millennia of human history within a single afternoon. It invites you to come and see everything that ancient Egyptians, Romans, and Arabic people have left us.

Some of the most majestic monuments of human architecture and engineering, these wonderful structures have been with us for over 4000 years. They are the oldest of the Seven Wonders of the Ancient World, and the only one to remain considerably intact. The Great Pyramid of Khufu, the Pyramid of Khafre, the Pyramid of Menkaure and the Sphinx call out to millions upon millions of visitors. For centuries they have made us wonder where the inspiration comes from and how they were exactly built. And for the visitors that need something extra, there is the fun camel-back ride.

Located in downtown Cairo, the Egyptian Museum is home to more than 100,000 precious ancient objects. It was built in 1902, but the original need for it arose around 70 years earlier. In 1835, Egyptian ruler Mohammed Ali banned the export of antiquities. All the finds from that period were bouncing around various people’s homes until they settled in the newly built museum. Up until 1996, there were no other security measures besides a simple locked door. Alarms and cameras were only added after a significant amount of treasures were stolen. During the 2011 Revolution, the Museum was also a victim of looting. However, people got together and formed a human shield to protect the building.

Coptic culture and heritage are the best links we have to antiquity. Experts suggest that the contemporary Coptic language is the closest we can come to hearing the mother tongue of Ancient Egyptians. And the practices of Coptic Christians are the closes to religious practices of pre-Roman Christians. The building, with its elaborate wood carvings, is as much of a piece of art as the objects on display within. The museum is located just south of the Al Manyal island, in Coptic Cairo.

Located in Islamic Cairo, this museum displays some of the most beautiful pieces ever made by a human hand. Whichever way your head turns, you will see fantastic frescoes and ceramics, lace-like plaster and intricately designed wood ceiling. It is a true loss for every visitor that only a fraction of the collection is on display – it is reported that the museum has over 80,000 precious objects. The building was damaged in a car-bomb attack in 2014 but after extensive renovations, the museum reopened its doors in 2017.

You can’t go to Cairo without visiting the Khan Al Khalili market. It was opened in the 14th century, and it seems like not much has changed from there. A walk through Khan Al Khalili is a walk through living history. Navigating the skinny lanes is an adventure in itself. Though there are some contemporary items available, most of the fares are traditional clothing and housewares. If you want to take home some impressive souvenirs, you will find them here. And haggling is a must!

Cairo doesn’t have only ancient monuments and art to offer. Gezira Center for Modern Art, also known as the Egyptian Modern Art Museum, is part of the National Cultural Centre with the Cairo Opera House. It’s located on Gezira Island in downtown Cairo. The venue opened in 1986 and is home to Egyptian 20th-century art. A lot of the pieces from the collection were accumulated by the Egyptian royal family. Both the architecture and the display are very unique, and it should be on every tourist’s must-see list.

While the Gezira Center for Modern Art houses works by notable artists, the Townhouse Gallery is where you will find the next greatest talents. It was established in 1998 and it’s the first independent art space in the country. Their goal is to make contemporary art accessible to everyone and to nurture and inspire budding artists. Besides art exhibitions, they also host educational platforms and run outreach programs. The Townhouse Gallery is only a 10-minute walk away from the Egyptian Museum.