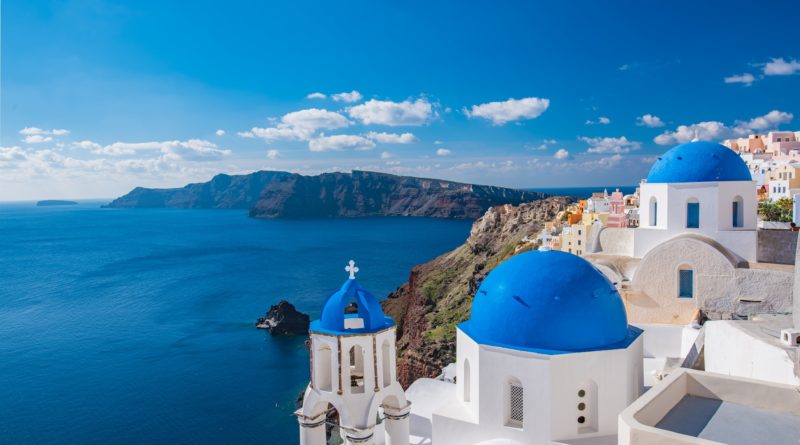 Greece has played a crucial part in human development, history and civilization. The country is famous as a birthing of democracy and Olympics, in addition to stunning historical structures. It is not only home to great thinkers and classical culture but also blessed with natural gifts that enchant the visitors and the Greeks themselves.

One rarely talked about is the fascinating natural wonders that make Greece one of Europe’s best destinations any time of the year. We have compiled the list of the breathtaking natural attractions that have captured the world’s imagination. From ancient sites, nature constructed phenomena, seaside towns with a modern human touch to form paradisiacal and breathtaking attractions that attract 20 million tourists every year.

Various forces of nature combine to create an impressive finger-like giant of unique rocks, a process that the geologist started about 60 million years ago. Meteora is of great cultural and religious significance, the standing rocks housed about 24 monasteries but with only 6 remaining.

The average height of the Meteora rock is 1027ft with the surrounding landscape, vegetation and weather making the place a paradise for tourists that want an engaging adventure. Steps are carved out of the rock for easier access to the monasteries. There are about 120 towers of rock and 700 different routes to access them.

The month of May or June is the best time to visit Meteora for the chance to explore with less crowd and pleasant weather.

The Island of Zakynthos has various natural attractions, from splendid beaches to a succession of magical caves formed naturally by erosion and other natural phenomena. Extending from Agios Nikolaos stretching to the Skinari area, the Island offers different types of adventure for scuba divers to regular tourists.

The most magical nature of blue caves of Zakynthos is best seen and felt inside the caves. Sunlight combines with happening touches the water to reflect different colors, specifically eerie or ethereal colors during the morning and reddish hue during sunset. The wonder is best felt when you or any other object takes the color of the water after touching it.

Most parts of Zakynthos Island, including the Shipwreck Beach, can be accessed in its full beauty through a boat tour. If you are a diver or adventure freaks, you may not need a boat. A little car drive to car drive to Skinari Cape and some steps down the rock before diving into the sea is all you need.

Finding a desert so close to the sea is rare. That including more is what the Greek Island of Lemnos packs in its majestic. It is the only place you will find such or even any resemblance of a desert in Europe. The Island is a meeting point of three continents, Europe, Africa and Asia.

The 7-hectare Gomati desert is an unexpectedly beautiful sight, with Sand dunes that are continually changing. The dunes referred to as Pachies Ammoudies were created and constantly changed by the ocean wind and erosion. Combining that with the blue color of the nearby Aegean Sea makes the sight even more impressive.

Furthermore, all the surrounding area of the Island of Lemnos is not all about sand and water. Flora and other sand-friendly vegetation such as white lilies, thyme, wild olive trees, etc. contribute to the Island’s overall appeal.

As legend put it, two dragons fought themselves for the right to the land with so much fury throwing fires and rocks at each other. The epic battle led to the forming an enchanting contrasting black and white landscape, hence the name Drakolimni meaning ‘Dragon Lake.’

And No, you won’t be greeted by the sight of dragons, but the view of Drakolimni is nothing short of magnificent.

The first main lake, Drakolimni of Tymfi, is 2050 meter above sea level and the notable lives on it are alpine newts. The second lake is a few kilometers north of Tymfi and also inhabited by alpine newts. The lakes are divided by river Aoos.

Without mincing words, this is probably the most insanely beautiful Island you will ever set your eyes on. Santorini is located in the southern part of the Aegean Sea. Thousands of years ago, a volcanic eruption caused a massive imbalance in the Island’s landscape that made it distinct from other circular islets around it.

Over 2 million tourists from all over the world visiting this Island, is a testament to the huge allure. Different parts of the Island offer different panoramic views and adventures. The town of Oria gives you unforgettable imagery of watching the sunset as it sets on whitewashed buildings and blue dome churches. Fira is the busy capital that takes care of all your needs on the Island.

You can simply take a tour of a sunset boat cruise that has other extras and amenities while you enjoy the views.

Another reason to visit Santorini is the wine industry, a significant part of the Island if you are a wine lover. Adding wine tasting to your to-do list at Santorini seems like a good idea.