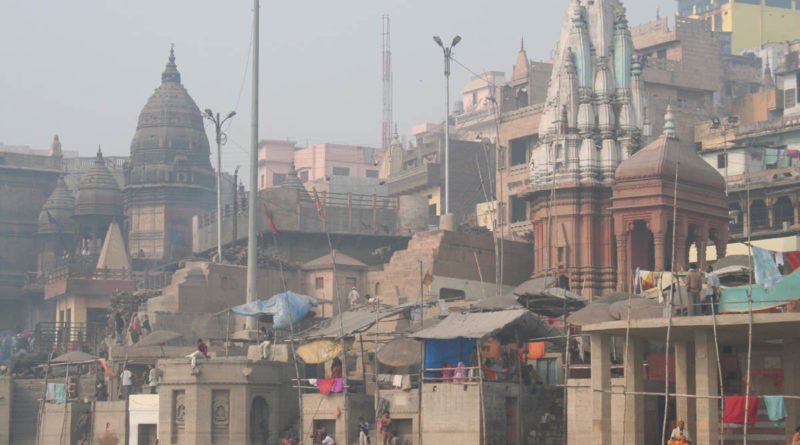 Visiting Varanasi, also known as Benares, is an adventure of its own, so it is good to learn some Varanasi travel tips, just to be sure you won’t miss any of the most important landmarks.

The Ramnagar Fort is located not on the river itself, but near the eastern bank of the Ganges and opposite the Tulsi Ghat. It was built in the 18th century by Kashi Naresh Raja Balwant Singh out of cream-coloured chunar sandstone. The fort is a typical example of the Mughal architecture. It is characterized by carved balconies, open courtyards, and scenic pavilions. At present, the fort is, unfortunately, in disrepair. The fort and its museum are the repository of the history of the kings of Benares. Because of its scenic location on the banks of the Ganges, it is frequently used as an outdoor shooting location for films.

Any Varanasi travel tips would be incomplete without a recommendation to go to the Ghats. Ghats in Varanasi are riverfront steps that lead to the banks of the River Ganges. The city has 88 of them. Most of the ghats are used for bathing and purification ceremonies, while two ghats are used exclusively as cremation sites.
Many ghats are associated with different legends or myths, but many of them are also privately owned. Popular visitor’s attraction is a morning boat ride on the river Ganges. And sightseeing of the Ghats.

Kashi Vishwanath Temple is one of the most famous Hindu temples which were dedicated to Lord Shiva. The Temple stands on the western bank of the holy river Ganga. It is one of the twelve Jyotirlingas, the holiest of Shiva Temples. The Varanasi city was called Kashi in ancient time, therefore the Temple is popularly called Kashi Vishwanath Temple.
Kashi Vishwanath Temple has been referred to in Hindu scriptures for a very long time as a central part of worship in the Shaiva Philosophy. Few times in history, it has been destroyed and re-constructed. The last structure was torn down by Aurangzeb, the sixth Mughal emperor. He constructed the Gyanvapi Mosque on its site. The current structure was built on an nearby site by the Maratha ruler, Ahilya Bai Holkar of Indore in 1780.
The Kashi Vishwanath temple is widely recognized as one of the most important places of worship in the Hindu religion.

Muslim religion is long time present in India, so any Varanas travel tips need to mention famous Mosques. There are 15 mosques in Varanasi that have significant historical value. Many of these mosques were constructed from the parts of the Hindu shrines which were destroyed under the Muslim invaders or rulers. The two best-known mosques are the Gyanvapi Mosque and the Alamgir Mosque.

The Gyanvapi Mosque was built by the Mughal emperor Aurangzeb in 1664 CE. The name of the Mosque, Gyan Vapi (Sanskrit: “the well of knowledge”), is derived from a well of the same name that is located within the precincts of the mosque. The remains of an erstwhile temple can be seen in the foundation, the columns and at the rear part of the mosque. The facade of the mosque was modeled partially on the Taj Mahal’s entrance.

The Alamgiri Mosque was built in the 17th century, also by Aurangzeb, over the ruins of a Hindu temple. The destroyed Hindu temple was dedicated to Vishnu. The mosque is located at a prominent site above the Panchganga Ghat, which is a funerary ghat facing the Ganges. The mosque is architecturally a blend of Islamic and Hindu architecture, particularly because of the lower part of the walls of the mosque having been built fully with the remains of the Hindu temple. Non-Muslims are not allowed to enter the mosque.