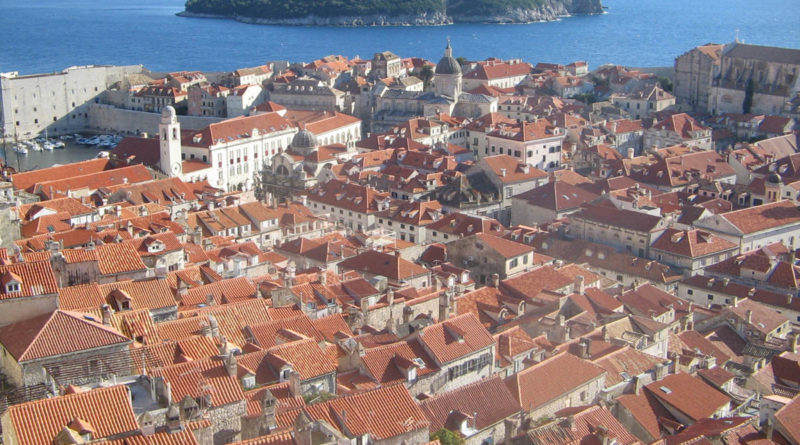 As soon as you enter this beautiful old town, you will find out there are many more places to visit in Dubrovnik than time in your visit itinerary. Start with these five suggestions and make your visit a memorable one.

The old city walls of Dubrovnik are arguably the best-known feature of this beautiful town. Although they were well known before, today they are the main interest of people from all over the world due to its role in world popular TV series „Game of Thrones“. City walls were first built in the 10th century and modified in the 13th and 14th centuries. Almost two kilometers long, somewhere six meters high and in some places as far as six meters thick, they provided excellent defense against the possible invaders and today they make a great spot for a relaxing stroll with wonderful sights over the Adriatic sea, or inwards on the old city center. Make sure you have enough time to check out its two towers, the Minceta Tower and the Bokar Tower, along with two forts, the Fort Lovrjenac and the Revelin Fortress. Access to the walls is through the main entrance on the left of Pile Gate (admission is charged).

Today’s beautiful Dubrovnik Cathedral was designed by Andrea Buffalini, an architect from Rome, in Baroque style. It is standing on the site of an older Romanesque cathedral, dating from the 6th century. Unfortunately, the older cathedral was destroyed in the massive earthquake from 1667. Notable for its splendid interior décor, the cathedral includes paintings by Italian and Dalmatian artists from the 16th to 18th centuries, including the Virgin of the Chair by Raphael from the early 1600s. The Cathedral Treasury with its many important relics is a definite must-see. The most famous is a portion of the cross that Jesus is thought to have been crucified upon. Other famous relics include the head, leg, and arm of St. Blaise, the city’s patron saint, dating from the 13th century, as well as a display of 138 gold and silver reliquaries from around the world, which definitely makes it one of best places to visit in Dubrovnik.

Loggia Square in Dubrovnik has throughout history been a central gathering point for citizens and visitors alike. This former market square is featuring some of Dubrovnik’s most famous buildings and public monuments, such as Orlando’s Column, built and designed by sculptor Antonio Ragusino, as well as the famous Loggia of the Bells, dating from 1480 and used as an early warning system by residents in times of unrest.There, you’ll also find the Church of St. Blaise, interesting for its Baroque façade and priceless collection of works of art, clock tower from the 15th century; the main guardhouse; the small fountain of Onofrio; and Sponza Palace, now home to the city’s archives.

The Franciscan Church and Monastery

Another one of the best places to visit in Dubrovnik is a religiously and historically important Franciscan Church and Monastery. This well-preserved building was constructed in the late 1600s on the site of the original monastery from the 1100s. It is home to one of the most valuable libraries in Croatia which was established in the late 17th century and is guarding a collection of more than 21,000 rare book manuscripts. Inside the monastery is also a fascinating medieval pharmacy that has been in use since 1317 which makes it one of the oldest in the world. It is notable for its numerous old decorated jars, measuring devices, and mortars. There’s also an on-site museum containing items of historical interest and a fine art collection.

The Island of Lokrum

Lokrum is settled only 600 meters from the mainland and offers a breathtaking view of Dubrovnik. If you have time while you stay in Dubrovnik, hop aboard the short ferry ride to this fascinating island. In addition to the spectacular views over the Old Town of Dubrovnik, there are a few interesting attractions you’ll find worth exploring.

Visit Fort Royal Castle, a fortification constructed by Napoleon’s troops to defend the harbor city. It’s an easy climb, and the views in all directions are definitely worth taking the time to come to Lokrum.Other attractions include a small inland salt lake known as the Dead Sea, a popular spot for selfies and scuba diving; an old Benedictine Monastery from 11th century, which now houses a museum about the island, a restaurant and botanical garden that’s home to some 200 or more species of plants.