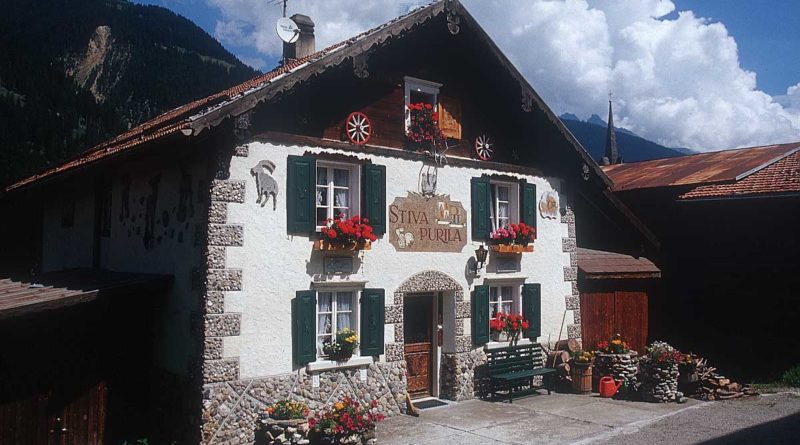 Architecture is the use of artistic talent and technical knowledge. Apart from the design of individual buildings, architecture can embrace town planning, landscaping and even furniture design. Space and volume, light and shadow, materials and texture all play their part on the creative side, while technology, construction and cost are the more down-to-earth elements. Architectural works are perceived as cultural and historic symbols providing pointers for the understanding of historical civilizations. Thus travel guides often refer to architectural monuments when describing countries, regions, cities and culture.

Here are 10 examples which show the amazing diversity and inventiveness of architectural structures across human history:

The Great Wall of China: The majority of the existing world famous wall was re-built during the Ming Dynasty (14th to17th centuries AD). The Wall runs approximately east / west and acted as a military road as well as a defence. Yes you can see it from space, but no it’s not the only piece of human construction that can be seen from earth orbit.

Kawakawa Toilets, NZ, by Hundertwasser: Friedensreich Hundertwasser was an expatriate Austrian artist and architect living in this tiny town (population not much more than 1,000) in the North Island of New Zealand. In 1998 he designed and built an amazing municipal public convenience, without straight lines and with a bold use of colour and light. If you go to see it, either have someone of the opposite gender take photos for you, or better still be brave enough to go into both toilets yourself!

Cathédrale Notre-Dame de Paris: In 1173 AD when construction started, the gothic style was new. The building wasn’t “completed” until 1345, and anyway the 90 metre spire wasn’t added until the 19th century. One of many architectural highlights is the rose window in the South Transept – one of three magnificent rosettes in this glorious national church dedicated to the Virgin Mary.

The Tower of the Arabs, Dubai: Burj Al Arab in Dubai, UAE, was an architectural record-breaker when it opened in 1999: the world’s tallest hotel with the highest atrium at 180 metres, and the world’s only 7 star hotel. It cost $650 million to build on its artificial island off Jumeirah beach. The design in concrete with its steel exoskeleton imitates the full sail of an Arab dhow, but is much less eco-friendly, needing vast amounts of energy to control the temperature and floodlight the building in changing colours. Although it lost its records to Burj Khalifa, the tallest structure in the world since 2010, The Tower of the Arabs remains an icon of Dubai.

Angkor Wat, Cambodia: The ruined Hindu temple in the north of the country, 190 miles from Phnom Penh, has become one of the top tourist destinations in the world. The largest single religious building anywhere, this highly decorated temple to the god Vishnu was begun in the 12th century by King Suryavarman, but never finished.

Gaudi’s Parc Guell, Barcelona: At his death in 1926, the wonderful Catalan Modernist architect, Antoni Gaudi, left the world numerous magnificent buildings in Barcelona, including the fantasy cathedral Sagrada Familia, and the fascinating apartment La Pedrera (open to the public). But it is at Parc Guell that you will have the breathtaking visual experience of finding the original shapes, textures and colours of his magical designs displayed in a charming, open-air setting.

The step-pyramid at Saqqara, Egypt: Pre-dating the larger Great Pyramid of Giza by a couple of hundred years, the Pyramid of Djoser was the first built in Egypt, and the earliest large scale construction in the world to be built of cut stone. It was designed by the innovative architect Imhotep as a tomb for King Djoser, who lived long enough to see it completed.

The Golden Gate Bridge, San Francisco: A working bridge linking the city across San Francisco Bay to Marin County, the Golden Gate Bridge is also a monument to Man’s ingenuity. Regarded as one of the most beautiful bridges in the world, this Art Deco cable suspension bridge needs to be photographed in the morning when surrounded by mist, and again at night when the towers seem to disappear into the darkness.

The ancient city of Petra, Jordan: This 2,000 year old rock-cut architectural wonder is Jordan’s most visited tourist attraction, and one of UNESCO’s World Heritage Sites. It is a vast uninhabited city, carved into the red rock by the Nabataeans and entered through a narrow gorge between 80 metre high cliffs of dazzling colours and strange rock formations. Once visited, never forgotten!

The Colosseum, Rome: This elliptical amphitheatre just east of the Forum in ancient Rome was capable of seating 50,000 spectators for the gladiatorial battles, executions and animal hunts beloved of the Romans. Partly ruined by earthquakes, this huge 1st century AD stone construction, with 80 arched entrances, can be visited independently or on a guided tour (open all year, online booking possible).