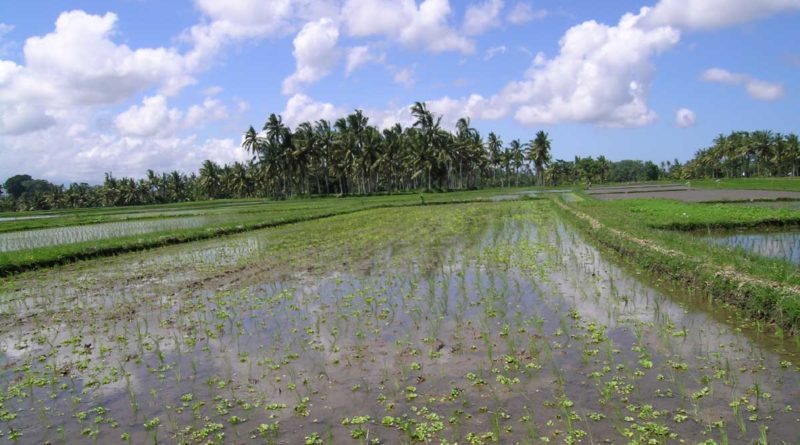 The Indonesian island of Bali, nearly 5,633m2 in area, lies between Java to the west and Lombok to the east and is one of the more than 17,000 islands that make up the Indonesian archipelago. The island is bordered by the Bali Sea and the Indian Ocean. It is part of one of Indonesia’s 33 provinces, with the capital, Denpasar, located in the south of the island.

Lying just 8° south of the Equator, Bali has a pleasantly tropical climate with just two seasons a year and an average annual temperature of around 28°C. The island is Indonesia’s major tourist destination, renowned for traditional and modern dance, sculpture, painting, leather goods, metal work and music. It has been a popular tourist destination for many years. Bali is also famous for its artisans, who produce a vast array of handicrafts, including batik and ikat fabrics and items of clothing, wooden carvings, stone carvings, painted art and silverware.

The tourism industry is primarily focused in the south but is also significant in other parts of the island. The main tourist locations are Kuta (with its beach) and its outer suburbs of Legian and Seminyak, the quieter Sanur on the east coast and the newer more up-market Nusa Dua and Pecatu.

Ubud, centrally located in the hilly region of Gianyar, has recently blossomed as a tourist attraction and is now considered the artistic and cultural centre of Bali. The island’s main airport is the Ngurah Rai International Airport, Jimbaran.

Tourism in Bali has managed to survive the terrorist bombings of 2002 and 2005. The industry recovered slowly but now surpasses pre-attack levels. In 2010, Bali welcomed over 2.5 million visitors from all over the world. About 80% of Bali’s economy depends on tourism.

One offshoot of tourism is a flourishing real-estate industry. Bali real estate has been rapidly developing in the main tourist areas of Kuta, Legian, Seminyak and Oberoi. Investment, both foreign and domestic, in other areas of the island continues to grow. Land prices appear to have remained stable despite the worldwide economic crisis.

Although 80% of Bali’s economy depends on tourism, agriculture remains one of the island’s major employers, notably with rice cultivation. The rich volcanic soil and healthy monsoon season make the island extremely fertile and other crops include fruit, vegetables, spices and coffee. Coffee production is concentrated in the highland region of Kintamani, Arabica coffee from Kintamani is the first Indonesian product to request a geographical indication.

Hotels in Kuta: if you like to come back to your room to find towel-sculptures of animals on your bed, then Febri’s Hotel and Spa is the place for you! Seriously, this 70 room, 3 star family hotel is in an excellent location and has its own good-sized swimming pool. Rooms are spacious and clean, and the staff are friendly and attentive. There are children’s activities and free high speed internet. Alternatively, for a cheaper option, try the 100 Sunset 2 Hotel, a new, budget version of the successful boutique class 100 Sunset Hotel nearby, also on Sunset Road. There are 101 spacious, clean, modern rooms, a swimming pool and breakfast is included.

A little further out is a hotel well suited to a honeymoon or just a romantic holiday for two, The Kunja Hotel in Seminyak. There are 18 one-bedroom villas built in a traditional way but with modern amenities, providing privacy and room service as required. The hotel swimming pool is beautiful, and there is a free shuttle bus and free high speed internet. The smiley staff act as if nothing is too much trouble!