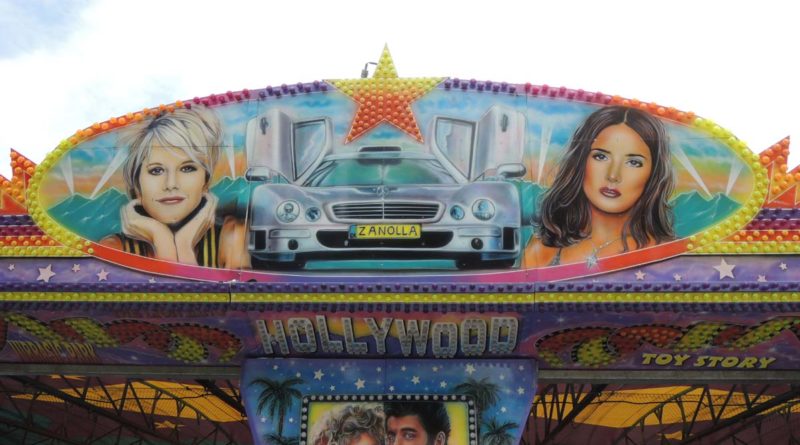 The forerunners to today’s theme parks were the fairgrounds, with roundabouts, swingboats, shooting galleries etc. often found at seaside resorts, and the smaller funfairs which travel around to various events. An amusement park is far too big to travel, far more elaborate and sophisticated, with attractions to appeal to all ages. An amusement park will often have various sections devoted to different countries with buildings, rides and food & drink to suit. Other parks, usually called theme parks, are centered on a theme – the world-famous Disneyworld being a prime example.

Now those living in Europe can experience the world of Disney without travelling to the USA. At Disneyland Paris there are two parks to explore, Disneyland Park and Walt Disney Studios Park (both open all year).

While in Paris, an alternative would be to visit Parc Asterix, a genuine theme park 30 km to the north of Paris (open April to October; there is a shuttle bus from Paris and from Charles de Gaulle airport). Many of its 32 attractions are rides based on the much loved cartoon ancient Gaul chief and his side-kick Obelix; ten of the attractions are suitable for those under 6 years old.

A unique amusement park likely to be enjoyed by the whole family is Legoland near Windsor, England. The 55 rides and amusements are for children from 3 to 12 years, and there are live shows and Lego-building workshops, all set in parkland. From 2012 you can stay at Legoland Resort Hotel in the middle of the park (the theme park itself is open from March to November, but the hotel is open all year). Yes, the Queen sometimes lives at nearby Windsor Castle, but don’t expect to see her building Lego….

Water Parks around the Mediterranean and in hot climates are always popular, but in northern Europe the most successful ones are indoors, and some of the best are found in Germany. The world’s largest indoor water park, Tropical Islands 35 km south of Berlin is housed in a 360 metre long dome, and is open all year and all night! Attractions include a Pacific Ocean beach, a tropical rainforest, and entertainment shows. Since you can eat there and spend time in the sauna, you can easily pretend you are on vacation.

Some parks try to do more than one thing at once. Orlando in Florida is the venue for an outdoor water park, Discovery Cove, that is a bit like a cross between a water park and a sea life aquarium. Similarly, billed as “The Wildest Place in Africa”, Ratanga Junction in Cape Town mixes white-knuckle rides with animal shows and a petting zoo. It calls itself a theme park, but what the theme is isn’t clear. However there is no doubt at World Chocolate Wonderland in Beijing, where one of the attractions is the world’s biggest model of the Great Wall of China – in chocolate!

One of the dullest theme parks must be Stalin World in Dzukija National Park, Lithuania. It is really just a two mile walk through the forest past exhibits recalling the occupation of Lithunia by the Soviet Union. Highlight of the serious and terrible history behind it might be the mock up of a Gulag prison camp.

There is no theme park yet for fans of The Simpsons, although Universal Studios in Florida does have a Simpsons Ride among its film and TV themed attractions. Similarly there is no theme park dedicated to Star Wars, although the recent acquisition of the franchise by Disney may well result in Star Wars rides appearing in their existing parks soon. They already have a Pirates of the Caribbean attraction in their Magic Kingdom Theme Park in Florida, but other park operators the world over have realised that the pirate brand in general has no copyright on it, so you have Captain Splash fun park near Bad Schallerbach in Austria, the pirate themed Djurs Sommerland water park in Denmark, Pirates’ Revenge, a true theme park for all the family in Devon, England, and many, many more!