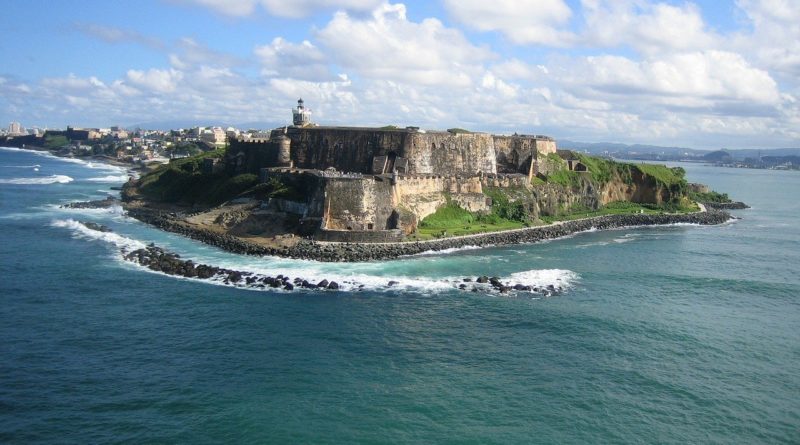 Puerto Rico is a beautiful island in the Caribbean, a landscape of waterfalls, mountains, and lush tropical rainforest. With a Spanish history, the island has colorful ancient fortresses and Spanish colonial buildings. Puerto Rico is an unincorporated U.S territory with San Juan as its capital and largest city. The city is a beauty to behold with numerous beach bars, casinos and hotel strips in the Isla Verde region of the city. Surely you have always heard about the Caribbean and its beautiful islands. Here is a list of some lovely sites you should visit in Puerto Rico on your next vacation.

The old San Juan is an interesting part of the capital city that tells the deep, rich history of the Island. As a visitor who wants to explore places with rich historical backgrounds, this old part of town is where the exploration should start. The charming neighborhood takes you back down to the 16th and 17th-century when the Spanish were the island’s colonizers.

The cobblestone streets give great details of the city’s history in full glare, from the cultural heritage to the personalities that have graced the city.  This part of San Juan is always busy with complete activities in restaurants, bars, and outdoor cafes. You can never find it difficult to get all you need when you are at the heart of the old city.

Isla Verde is a part of San Juan that depicts the modern lifestyle. The hotel strip, beautiful resorts, access to the airport coupled with the decent beach for sun tanning make Isla Verde the best answer for vacationers who crave nothing but a world-class experience.

It’s a thorough tropical getaway that offers maximum comfort to visitors in return. The calmness of the waters and the white-sand beach with the gentle rustling of palm trees make Isla Verde a lovely place for visitors to behold.

Interestingly, the Isla Verde area is not far from old San Juan; hence vacationers who want to know some of the historical heritage of the Island can easily get a taxi to go there.

Since the thrill of vacations goes beyond sun tanning on a beach, a quick excursion to the El Yunque National Rainforest could be another remarkable experience to get from Puerto Rico. You would enjoy some fresh air from the lush inland beauty around the Luquillo and Pico El Yunque Mountains at the National Rainforest.

As the only tropical rainforest in the National US Forest System, there are walking trails that allow hikers to view the forest.  This includes about 240 species of trees, hundreds of species of plants and huge numbers of wildlife.

The El Yunque is about 3,500 feet above sea level covering 43 square miles with about three-quarters of it being virgin forest. The tropical rainforest is a major tourist attraction to visitors, and the major sites include La Coca Falls, La Mina Falls, Bano Grande, Yokahu Tower and Bano de Oro.

To have comprehensive experience on your visit to Puerto Rico, the El Yunque National Rainforest is a beautiful place to visit.

Playa Flamenco is a beach with clear white-sand shores on a small island, Culebra. It is about 17 miles on the east of Puerto Rico. The beach is named after the flamingos that rest in a nearby lagoon during winter, and it is often regarded as one of the best beaches in the world to relax, surf or meet people.

Over the years, the small island has grown to have a crowd over the weekend with many interesting activities to indulge. However, you can visit the crystalline waters of Playa Flamenco during the week to avoid crowds.

Rio Camuy is for explorers who would love to understand some Geology on their visit to Puerto Rico. The caves feature a large cave system that spans over 268 acres making it the third-largest cave system on the globe. The sinkhole, known as the Cueva Clara Empalme, is about 200-foot-deep, and visitors are transported there by a trolley bus.

The cave’s whole architecture includes different rooms, some with extremely high ceilings, the stalagmites and stalactites- two types of rock formations rising from the floor and the ceiling respectively, and some water bodies running at the base.

Beyond the caves’ natural endowments, there are also some historical backgrounds to how the caves have been used as shelters in the past by the indigenous population.