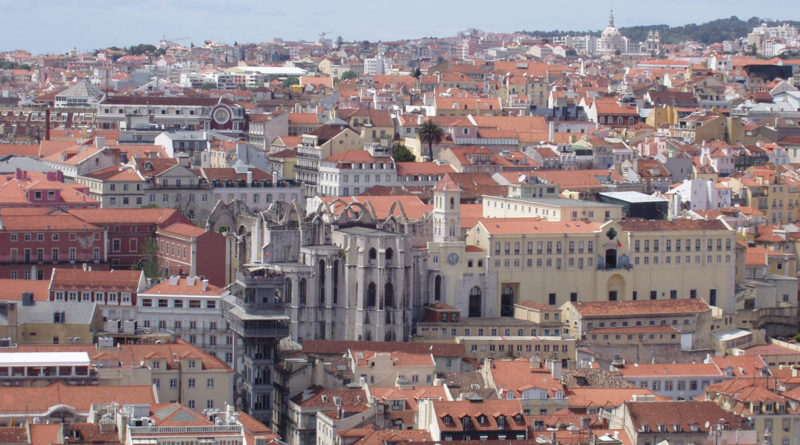 If you are going to visit Lisbon, but it is going to be a short one, don’t miss out on these few things. You will get a basic sense of what Lisbon has to offer and enjoy its essential experiences in the shortest possible time.

Tram 28 is one of the most famous tourist attractions and the best way to explore the old city of Lisbon’s historic heritage and typical neighbourhoods. Although a tourist attraction, tram 28 is also still a part of public transportation used by locals. This means that you can expect long queues for the ride and, most likely, to stand during the entire ride.
Route of the tram begins from Martim Moniz and ends at Campo de Orique, but if you want to enjoy just a part of the ride, or avoid crowded rides, you can choose less crowded stops to get on board, or take a ride early in the morning, or late in the evening.
On its journey through Lisbon, the tram goes through the narrow streets of Alfama, uncovering two breathtaking viewpoints: Miradouro das Portas do Sol and Miradouro de Santa Luzia. They offer astonishing views over the red rooftops and the pastel-coloured houses of Alfama. On the route to Baixa, you can also catch a glimpse of the Sé, the city’s Cathedral.
The tram’s final stop is Cemitério dos Prazeres. Grand and beautiful cemetery, with peaceful avenues and lines of mausoleums, contains many of the Portugal’s eminent personalities graves.

A short drink for those who visit Lisbon for just a short time. Ginjinha is what locals call the Morello cherry liqueur. Morello is a sour cherry from which Portuguese have been making liqueur since the 17th-century.
It is considered to be Lisbon’s official drink. As one of Lisbon’s most typical liqueurs, it is no wonder that you come across dozens of bars selling it. But some of them have been providing locals with their daily dosage of Ginjinha for more than a century and, for Ginjinha lovers, they are a holy destination.
Ginjinha bars are the tiniest bars in Lisbon, and there’s barely room for more than three or four customers. Since they are specialized in selling little more than their production of this sweet nectar, they’re as simple as a counter and some shelves with bottles. After all, you go there to taste a Ginjinha and nothing else.
This sweet liqueur is drunk in small glasses and to order it the Portuguese way you have to know two words: ‘com’ or ‘sem’, which means that you would like yours ‘with’ or ‘without’ cherries in the glass. Just as a little warning, some may not enjoy the sour taste of the cherry.
Before the bartender pours the nectar into the small glass, make sure the bottle is strongly shaken. A shot costs around 1,5€ and in most places they also sell Ginjinha bottles — a great Lisbon souvenir.
For the real thing, try one of these old-school taverns: Ginjinha Espinheira; Ginjinha sem rival; Ginjinha Rubi
Each one of them is part of Lisbon’s history and heritage, producing and selling Ginjinha since 19th century.

The Alfama is the oldest neighborhood of Lisbon, spreading on the slope between the São Jorge Castle and the Tagus river. Its name comes from the Arabic Al-hamma, meaning “hot fountains” or “baths”. Alfama is full of many important historical attractions, as well as an abundance of Fado bars and restaurants.
Luckily, the great 1755 Lisbon earthquake did not destroy the Alfama, which has remained a picturesque labyrinth of narrow streets and small squares. Lately the neighborhood has been revived with the renovation of the old houses and new restaurants where Fado—Portuguese typical melancholy music—can be enjoyed.
Overlooking the Alfama is the medieval Castle of São Jorge, which was a royal residence until the early 16th century and now offering the best views of the city. In the slopes of Alfama there are other terraces (miradouros) from which to see the city, like the Miradouro de Santa Luzia, near the church of the same name and over remnants of the Moorish city walls, and the Miradouro das Portas do Sol (Gates of the Sun). Near Miradouro of Santa Luzia you can easily find the Museum of Decorative Arts (Museu de Artes Decorativas), a 17th-century mansion with magnificent interiors.

A Lisbon classic! It is a small cream cake, with a base of crisp phyllo dough. If freshly made and hot, which they usually are, they are an ultimate treat and one of the most authentic tastes of Lisbon. It is usually served with a little powdered sugar and cinnamon on top.
The original ones are served at a bakery located in Belém, in the address indicated below. But if you don’t have the opportunity to go there, no worries, because almost all bakeries in the city also sell them.

To visit Lisbon and not hear Fado is as if you have never been to Lisbon in the first place. Fado is a music genre that can be traced to the 1820s in Lisbon, Portugal, but probably has much earlier origins.  Although the origins are difficult to trace, today’s fado is commonly regarded as simply a form of song which can be about anything. It must follow a certain traditional structure. In popular belief, fado is a form of music characterized by mournful tunes and lyrics, often about the sea or the life of the poor. Infused with a sentiment of resignation, fate and melancholia. This is loosely captured by the Portuguese word Saudade, or longing, symbolizing a feeling of loss (a permanent, irreparable loss and its consequent lifelong damage). Although melancholic, Fado is beautiful and definitely one of the things you should experience while you visit Lisbon.