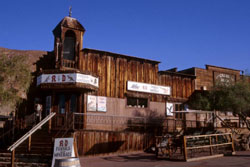 California, America’s “Golden State” is about 300 km wide and 1400 km long, stretching along the west coast of the Pacific Ocean. It borders on Mexico to the south and Oregon to the north. Its western beaches, see pictures below, are in direct contrast to its deserts which border on the states of Arizona and Nevada to the east.

To the south the warm Pacific waters attract countless surfing freaks, but further north the coastline becomes more rugged and the water temperature tempts only the toughest.

Except for a gap near San Francisco, California’s coastal mountains run the whole length of the state and separate the coast from the Central Valley. This feature has a tremendous effect on the climate. Pacific storms bring rain to the western slopes, while the eastern slopes stay relatively dry. Frequent coastal fogs cool the hot, southern inland valleys to the east where vineyards and fruit and nut orchards are cultivated.

California produces many millions of litres of wine each year. The best-known come from the more northerly Sonoma and Napa Valleys, and the neighbouring Mendocino and Lake Counties to the north of San Francisco.

The Central Valley, 90 -150 km wide, runs between the coastal mountains and the Sierra Nevada mountain range to the east. Thanks to wide-spread irrigation, this once desolate desert plain is now some of the richest farmland in the USA, home to orchards and vineyards. The snow-capped Sierra Nevada peaks form a 650-km-long barrier running north to south.

A wilderness with few roads and difficult access. To the east of this mountain range is a narrow strip of parched desert – the beginning of the barren Basin and Range Country which includes the notorious Death Valley, , a 3 million acre area of National Park wilderness that lies in two states, California and Nevada. Home to the Timbisha Shoshone tribe of Native Americans, the Valley has only 1.5 inches of rain on average each year, and high temperatures up to 50° C, yet 900 different species of plants survive there.

Since 1999 the extremely tough 1,200 mile ‘California Coastal Trail’ has been designated a Millennium Legacy Trail, thanks to Coastwalk, an organisation that is working to complete the route. Hikers walk south along the coast, through California from the edge of the state of Oregon in the north to the Mexico border. About two thirds of it is satisfactory walking trail, and way-marking is continuing, although there are still some gaps. The walk is along beaches and through parks, sometimes on sand or cobbles, and at times detouring inland to avoid obstructions. In places the fragile Pacific coastline, especially in the central and northern sections, is open, beautiful and biologically rich. Mile after mile of beach, cove and estuary welcome the hiker.

In Monterey Bay and all along the Big Sur region of the California coast you can see humpback whales from the shore between late April and early December. Humpbacks can reach 50 feet and about 800 individuals have been recorded off California. One of the best sights to photograph is a humpback whale “breaching” – jumping vertically out of the water before falling back.