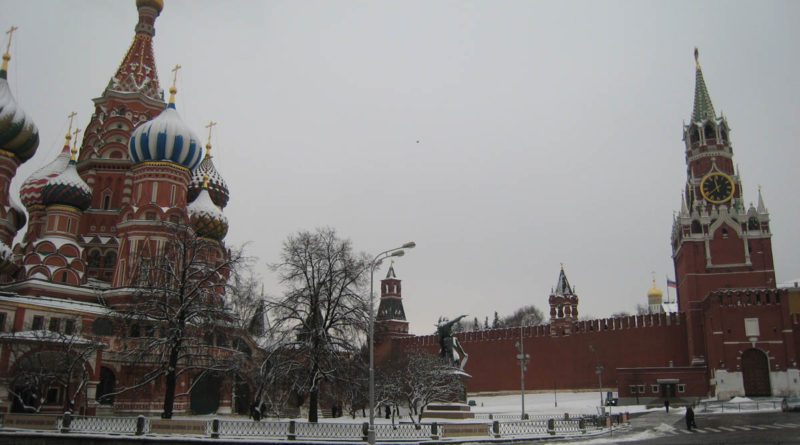 When you travel to visit Moscow landmarks, there are some places you have to put in your tourist itinerary, if you want to experience the essence of what Moscow has to offer. This multi-million Russian Metropole has so many important historic and cultural landmarks that it is impossible to see them all in one visit, especially if it is a short one, so here are the top ones, you shouldn’t miss.

Red Square in central Moscow is one of the best known squares in the world and an enduring symbol of Russia. It is adjacent to the Kremlin and surrounded by colorful domed buildings. Red Square has seen moments of Russia’s turmoil and triumphs through the centuries, from the coronation of tsars, public executions, huge worker’s protests, and Soviet military parades, to present-day festivals and rock concerts.

The red square was built directly east of the Kremlin, Moscow’s historic fortress and the center of the Russian government. It is home to some of the country’s most distinctive and important landmarks. Square’s origins date to the late 15th century when the Muscovite prince Ivan III (Ivan the Great) expanded the Kremlin to reflect Moscow’s growing power and influence. Public marketplace and meeting place for centuries, Red Square houses the ornate 16th-century St. Basil’s Cathedral, the State Historical Museum, and the enormous GUM Department Store, as well as a modernist mausoleum for the revolutionary leader Vladimir Lenin. During the 20th century, the square became famous as the site of large-scale military parades and other demonstrations designed to showcase Soviet strength.

Although many people think that the name of the square has something to do with the color of the building material out of which the buildings on the square were built, Red Square’s name is completely unrelated to the crimson color of its numerous buildings. Also to the Communist Party’s association with the color red, as well. In its earliest time Red Square was known as Trinity Square, in honor of the Cathedral of the Holy Trinity, which stood on its southern end during the rule of Ivan III. From the 17th century onward Russians began calling the square by its current name, “Krasnaya Ploschad.” The name is derived from the word krasnyi, which meant beautiful in Old Russian and only later it changed the meaning to red.

The Kremlin, the main Moscow Landmarks

In Russian language the word kremlin is used to describe a castle or an important fortified complex. Therefore, one can easily conclude that every major Russian city had its own kremlin during some time in history, but the one in Moscow is definitely the most famous one. It is still active today which makes it the largest active fortress in Europe. It hosts five palaces and four Cathedrals. Amongst other important functions, it is also an office for the Russian president, who commutes to work in The Kremlin by helicopter. The helipad was constructed inside the Kremlin’s walls in 2013 to stop disturbing the dense traffic in Moscow every time the president has to reach it.

Moscow was heavily bombarded during the second world war, but The Kremlin was almost intact due to its clever disguise. It was made to look like a housing with false windows and doors painted and the famous ruby stars at the top of Kremlin towers were turned off from shining. There are twenty towers in Kremlin and all of them have their names apart from two which are called “First unnamed” and “Second unnamed”. Five of them have ruby stars on their tops, but originally there were two-headed eagles, which were taken down in 1935, melted and replaced by ruby stars.
In 1990 The Kremlin, together with The Red square was elected as a UNESCO World Heritage site.

Make sure to visit Moscow’s Metro, one of the most beautiful metro’s in the world. First ideas about building a subway in Moscow were actively discussed about 1902, but the actual construction of the metro begun only in 1931, after the establishment of the Soviet Union. First thirteen stations were opened on May 15th, 1935. It is thought that building materials and decorations for the first metro came from parts of Serpukhov Kremlin dismantled in 1934 and the Moscow Cathedral of Christ the Savior, which was demolished in 1931.

The Moscow subway is called the most beautiful in the world. 44 of the nearly 200 stations are listed as cultural heritage sites. During the airstrikes of World War II the Moscow subway, as well as the subways in some other cities, became bomb-proof shelters. Half a million people found shelter underground. Women and children slept in the carriages of trains that were parked overnight next to the platforms. While the German airstrikes were the hardest, there were shops and hairdresser salons working in the subway halls. Even the construction of the subway didn’t stop and during the war. Seven new stations were built.

Today The Moscow metro is one of the busiest metros in the world with over 2.5 billion people using it during one year. It is also the world record-holder for on-time departures and arrivals. The Moscow transport department announced that its accuracy equals 99.99 percent. Quite impressive, considering that the interval between trains during rush hour is only 90 seconds.

The Tretyakov gallery is the principal repository of fine Russian art. It was founded by two brothers, art collectors, Pavel and Sergey Tretyakov, but shortly after the first purchases from the Russian authors, Sergey turned his interest to western art, collecting paintings from French romantics and realists and left his part of the collection to his brother. The paintings were brought to the mansion on Lavrushinsky Lane which in 1892 Pavel gifted to the city along with the house. When entrusting the collection to the city, Pavel Tretyakov insisted on some conditions: The gallery must be open “permanently” and be free of charge, and it must operate at least four days a week, excluding Easter, Christmas and New Year’s Day.
Tretyakov had such authority among artists that he was secretly given the privilege of buying paintings first. The collector’s taste and his impeccable ability to detect a masterpiece were undisputable. If He showed interest in a painting, sometimes even members of the royal family could not purchase it.

No visit to Moscow would be complete without at least a small reminder of the Cold war. Bunker 42 is a structure dug 65 meters deep underground, built in the 1950’s as a hideaway to protect Soviet leadership from a feared nuclear attack. The task for the builders of the bunker was enormous because they had to construct a gigantic structure beneath the city streets without damaging Moscow’s existing infrastructure of streets and communication pathways. It was crucial not to alert the public and innumerable unknown spies to the existence of the bunker. Doing so would mean that the entire top-secret project was useless.
It is located inside a hill in the Tagansky district due to its proximity to the Kremlin. That would allow quick access to the bunker for Stalin and the premier tier of government officials within the USSR. Bunker-42 wasn’t completed until 1956 and was thankfully never put into use in its full capacity. It spent the following three decades as an airstrike command base, communicating with aircraft transporting strategic bombers carrying nuclear weapons until 1986, when the political climate between East and West began to warm up. Today it is one of Moscow’s tourist attractions.