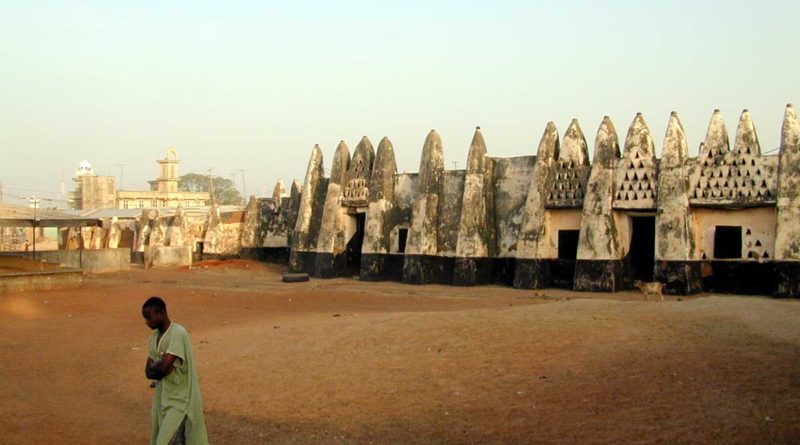 Ghana Pictures and Travel Information. The Republic of Ghana was created in 1957, when the British colony, the Gold Coast, gained independence, the first sub-Saharan nation to do so. The name Ghana was chosen to reflect the ancient Empire of Ghana, which once extended through much of west Africa. Ghana suffered several coups before Lt. Jerry Rawlings took power in 1981 and eventually restored a multiparty political system. Ghana, with a total area of approaching 240,000 sq. km is located in west Africa between the Ivory Coast and Togo and borders the Gulf of Guinea.

The country has a population of around 30 million (2018) and its capital, Accra, has around 2.25 million inhabitants, the Accra agglomeration around 4 million. Accra has developed from its former role as the capital of the British-ruled Gold Coast from 1877 into a modern metropolis with a mix of British colonial buildings and skyscrapers. The city is now a cultural and tourist hub with hotels, restaurants and nightclubs.

Ghana’s population growth rate is less than 2% and life expectancy (at birth) is about 60 for men and 62 for women. Ghana is well endowed with natural resources. Agriculture involving mainly small landholders employs about 50% of the working population. Gold and cocoa production are major sources of foreign exchange. It is expected that the recent start (2010) of oil production will provide a much needed boost to the economy, as the country has been heavily in debt for some time. Ghana remains very dependent on international financial and technical assistance.

Some interesting facts on travelling to and in Ghana: the country has 11 airports, but only 7 have paved runways; it has over 62,000 km of roads, but only about 10,000 km are paved.

Ghana has a tropical climate and is hot and humid, especially near the south coast. The ‘dry season’ is December to April, but that is also the hottest time of year, with temperatures in the 30˚s C. The best time to go is probably July/August, which is usually when there is no rain in the south but temperatures are a little cooler.

What to see in and take Ghana Pictures

Accra and the Coast: the south coast of Ghana is more or less a 500 mile long beach fringed with palm trees, and most visitors go to there for a beach holiday. In Accra Bojo Beach is a popular destination, as it is a bit out of the way and unspoiled – so far. You pay a fee to spend the day there, which includes a boat trip, as the beach is only accessible from the sea. However there is a restaurant and they organise parties. For a family or anyone seeking some fun, Marvels in Dzorwulu is a unique place to spend a day. There is an 18-hole crazy golf course, fast food in the Clubhouse, and other games like chess and Monopoly to play. They also put on special events, including regular Karaoke. For some history of Ghana, head for the Kwame Nkrumah Memorial Park to see the former President’s mausoleum and a museum to his memory. 32 km (20 miles) north of Accra is the Aburi Botanical Gardens, with lawns and a collection of trees and plants from Ghana and abroad. You can picnic there, but take your own food as there are few facilities. A day trip from Accra will take you to Shai Hills Reserve, where you can see baboons, parrots and antelope. You can rent horses to ride in the reserve.

Other destinations: Mole National Park in the north is the place to see the widest range of animals, including elephant and lions. You are not allowed out of the hotel complex on foot unless accompanied by a ranger. Cape Coast is a city a 3-hour bus ride from Accra, with a number of forts which supported the slave trade. Cape Coast Castle is a UNESCO World Heritage slavery site – a guided tour takes 40 minutes. The beach is good and local fishermen provide some extra interest. To get close to tropical rainforest, go from Cape Coast to Kakum National Park one hour’s drive away for the “canopy walk” , a long suspended rope walkway that takes you among the tree tops and close to the birdlife. (Not suitable if you are nervous of heights.) There is a museum and café. Ghana Pictures

Warnings: Ghana requires you to have a Yellow Fever immunisation, and as West Africa is a malarial area, you should consider whether to take a prophylactic, especially if you are travelling around. Tap water should never be drunk in Ghana, and avoid uncooked street food – fruit is OK if you peel it yourself. Not all taxi drivers are licensed and you need to agree the price before getting in – assume the driver is asking about double the real rate because you are a tourist! Traffic is heavy in the cities and road signs are few, so you might want to stick to organised tours rather than hiring a car.